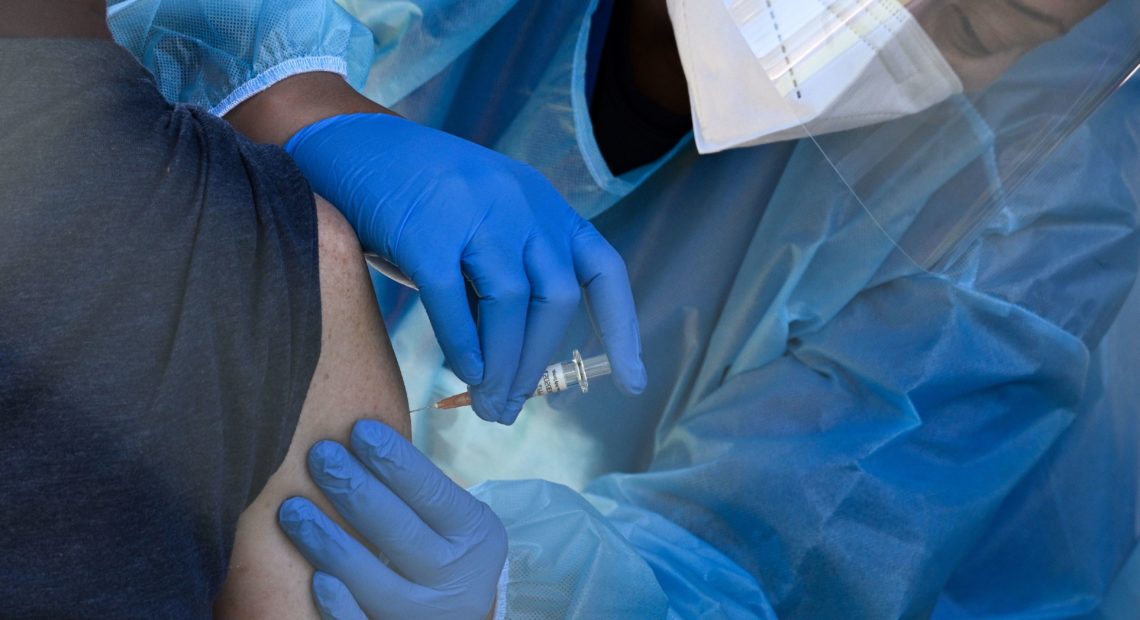 Initial Batch Of COVID-19 Vaccines Will Go To States Based On Population, Not Risk

Once a COVID-19 vaccine is authorized by the Food and Drug Administration, allocations will be made based on the total number of adults in the state. “We wanted to keep this simple,” Alex Azar, secretary of Health and Human Services, said at a media briefing Tuesday. “We thought it would be the fairest approach, and the most consistent.”

The allocation-by-population policy is a departure from earlier distribution plans, and it downplays the role of the Advisory Committee on Immunization Practices. The independent vaccine advisory group for the Centers for Disease Control and Prevention has proposed allocations based on high-risk groups. The CDC advisory committee had previously been central to the government’s vaccine distribution plans. 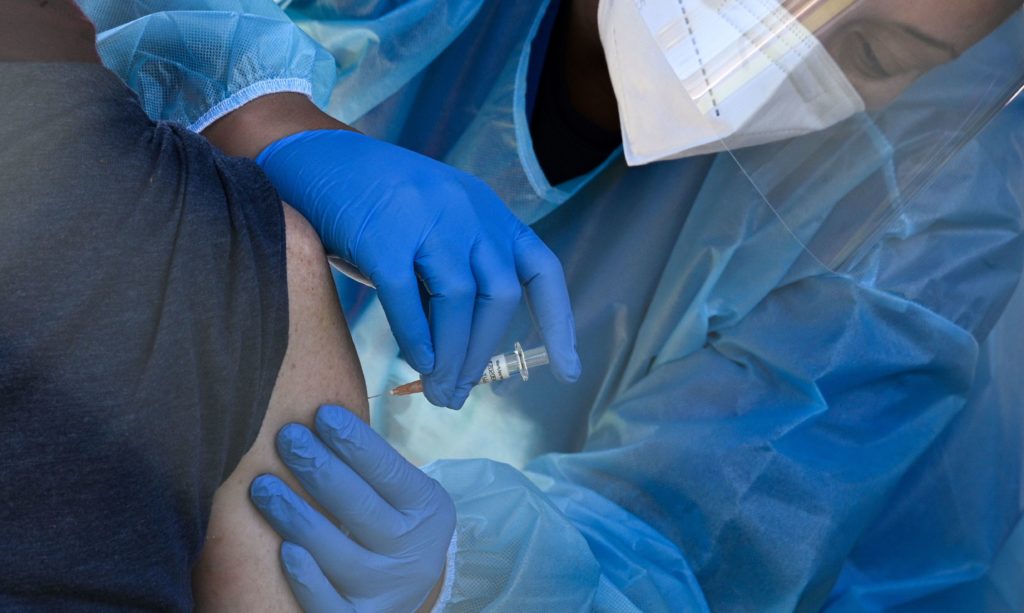 A flu vaccine is administered at a walk-up COVID-19 testing site, in San Fernando, Calif. Emergency use authorization is expected soon for vaccines for COVID-19. CREDIT: Robyn Beck/AFP via Getty Images

At a briefing on October 23, top HHS official Paul Mango told reporters that Operation Warp Speed would send vaccines out to states based on the number of people in high-risk groups, such as health care workers, nursing home residents and factory workers, who had been identified by the CDC advisory committee.

The committee is currently working on guidelines for prioritizing these groups, which will be finalized once a vaccine is authorized by the FDA. Operation Warp Speed officials had previously said they would wait for these guidelines to be completed.

Now government officials say that’s changed. Instead of waiting for the advisory committee’s recommendations, they’ve gone ahead and allocated the first 6.4 million doses to states, based on overall population. “I finally made the decision, late Friday night,” said Gen. Gustave Perna, head of logistics for Operation Warp Speed, at the briefing Tuesday. “So states could prioritize based on [their] amount,” meaning how many doses of vaccine each state will receive.

HHS Secretary Azar says the way vaccines are allocated will not change once the advisory committee makes its recommendations. “At the end of the day, that is a decision of the U.S. government’s to make.” He added that states would get the final say in whether to abide by the government’s recommendations.

Still, many states intend to follow the committee’s guidance on how to prioritize limited doses, according to plans submitted to the CDC. States are currently enrolling local hospitals, doctors offices and pharmacies to be eligible to give COVID-19 shots when they’re available — and providers are signing agreements saying they will follow the CDC’s advisory committee guidelines.

There may be valid reasons why Operation Warp Speed has changed the way it’s decided to allocate vaccines — and it would be helpful for the public to see how their thinking evolved, says Dr. Grace Lee, an advisory committee member. “Transparency in the process is entwined with public trust,” she says, “and that’s so critical to the success of a COVID-19 vaccination program, especially in a pandemic.” That’s why the committee has been holding monthly public meetings where members openly air their considerations and concerns.

At one such meeting Monday, advisory committee members described the importance of prioritizing vaccines for groups that bear the highest risk burdens. “I think if we’re serious about valuing equity, we need to have that baked in, early on in the vaccination program,” said Dr. Beth Bell, who chairs the committee’s COVID-19 vaccines workgroup.

They are weighing the relative benefits and risks of vaccinating specific populations such as health care personnel and essential workers, who are more likely to be exposed to the coronavirus because of jobs requirements; and people who are older and those with underlying health conditions, who are more likely to get severely ill or die from COVID-19.

At the meeting, the committee generally supported prioritizing vaccines for workers who keep our health, food and transport systems running, ahead of those with health issues. “These essential workers are out there putting themselves at risk to allow the rest of us to socially distance,” Bell said.

No vaccines have been authorized yet, but the FDA has set a December 10 meeting to consider the first application for a COVID-19 vaccine co-developed by drug companies Pfizer and BioNTech. If the vaccine is given the OK by the FDA, the government expects to begin vaccine distribution in mid-December.