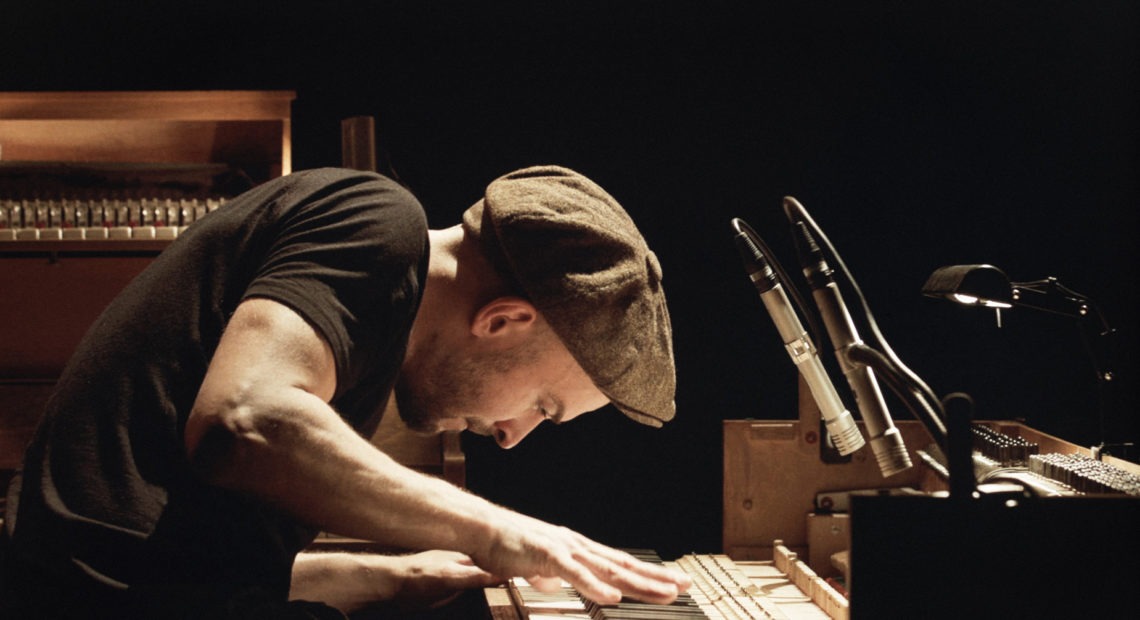 In the new concert film Tripping with Nils Frahm, directed by Benoit Toulemonde, a small figure in a t-shirt and flat cap bounces around a Berlin stage — playing pianos and towering analog synthesizers, flipping switches, turning knobs and massaging keyboards in front of rapt audiences.

German composer Nils Frahm creates songs that fuse electronic and classical music. He’s one of the stars of a new wave of what’s been described as neoclassical, a movement takes traditional instruments like grand pianos out of concert halls and into clubs and indie theaters.

“When I picture Nils, he’s like a Dickensian hipster,” music critic Wyndham Wallace says. “But he’s leaping around the stage, working up a sweat, and then suddenly stopping to perform some beautiful, intricate, intimate piece of music. And then, the next thing you know, he’s turning knobs and turning the track into some kind of dub techno piece.” 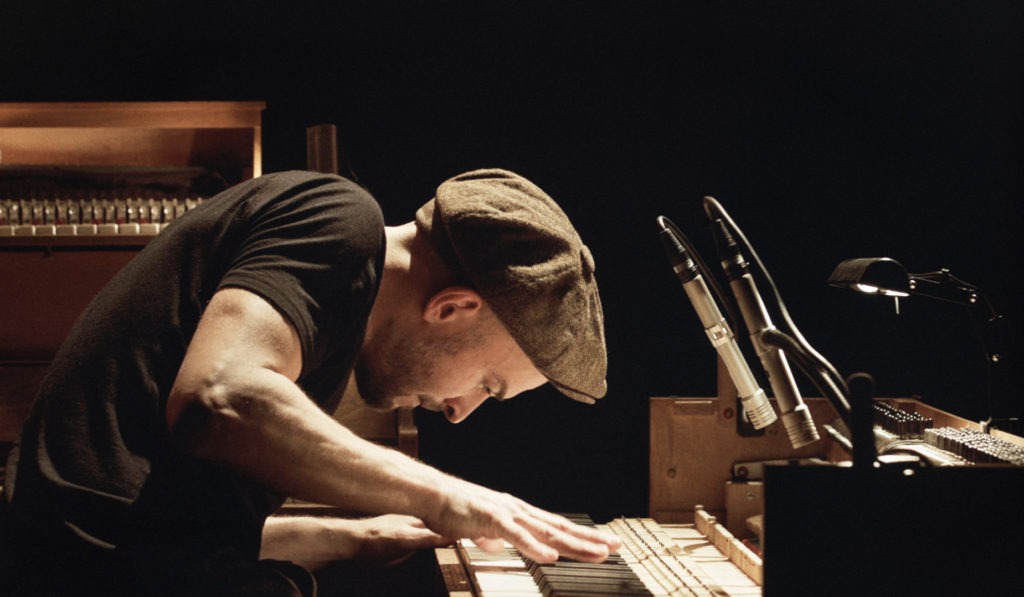 Four nights onstage in Berlin in 2018 are the subject of Nils Frahm’s new concert film and soundtrack album, Tripping With Nils Frahm. CREDIT: Thomas Lallier/Courtesy of the artist

Though Frahm trained as a classical pianist, he says he always saw the instrument as a machine to be tweaked, expanded and defied.

“The piano can do certain things very well, and other things it can’t do very well,” Frahm says. “After a while, when you play piano for a long time, you want it to be more than maybe it is. And this is where the fight starts.”

Frahm’s first albums, beginning in 2010, were intimate solo piano collections. But his most recent, All Melody, was bigger in scale and ambition: Frahm designed a lot of the synthesizers himself, and he took his studio on tour, using the equipment to trigger an analog experience.

“I don’t want to hear technology in the music,” Frahm says. “And so I think I’m struggling, or fighting, with the technology — sometimes against it and sometimes with it — to make my message come through.”

Visuals are also a large part of his message. “My father’s a photographer and films are a big inspiration, I think. And so personally, I focus on making music which creates images that are different for everyone.”

Wallace says Frahm’s music speaks to everyone, too. “The fascinating thing about him is that he’s somebody that I can take a friend who would, if she could, spend every weekend dancing to techno music, [to see in concert]. And she loves it,” Wallace says. “And I can take my 75-year-old mother, as I have done, to see Nils perform, and she loves it as well.”

Icelandic composer Ólafur Arnalds, who has recorded and toured with Frahm, is a fellow traveler in this sonic world: The two are close friends, often mentioned as parallel stars of the neoclassical movement. Arnalds says their approach seems to be working — drawing younger audiences searching for some kind of peace from the digital noise that surrounds them.

“We have the same kind of approach to using classical instruments in ways that are not traditional,” Arnalds says. “When people are seeking for something a little bit deeper, for something calmer in a world that is full of chaos and kind of demands our attention all the time … this is a place where people can escape to.”

The pandemic, of course, has shut down live music, but Frahm says the new film is an invitation to return to those sweaty Berlin nights for an even more potent trip in challenging times. He notes there are a few ways to interpret the title.

“I think music can be the most beautiful drug experience of your life — it is almost like an addiction,” Frahm says. “And also, the word ‘tripping’ came because I’m on this trip for the last 10, 11 years where I’m traveling the world to make my show. And so all of this became so intense that I thought, ‘Yeah — it’s a trip.”