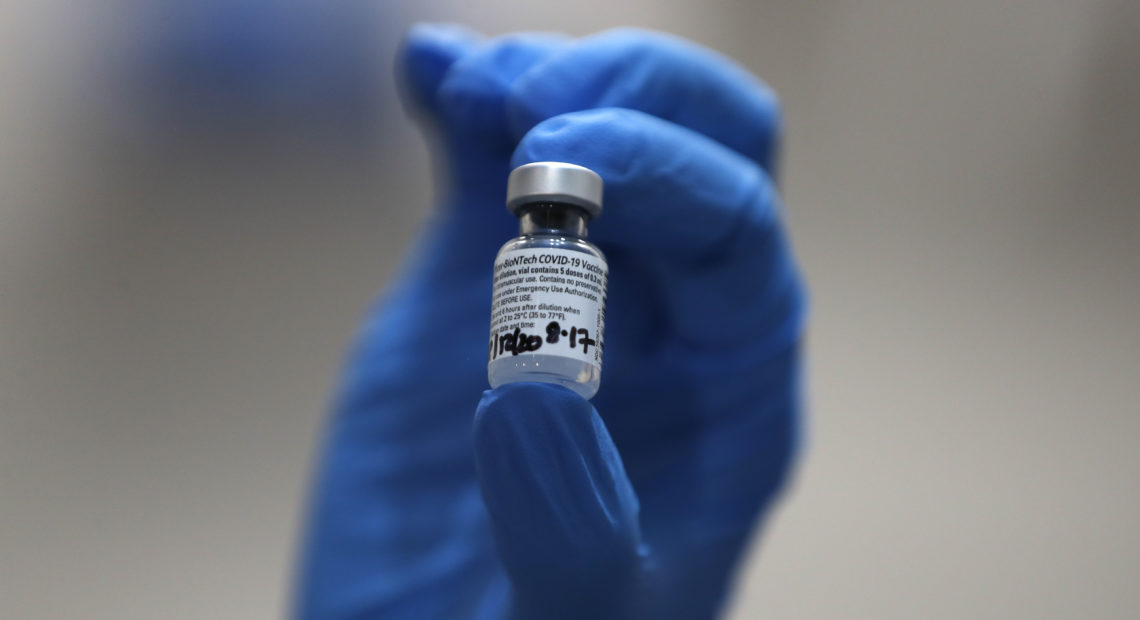 Warp Speed Official: U.S. Shipments Of COVID-19 Vaccine Will Be Delivered On Monday

Now that the Food and Drug Administration has authorized a COVID-19 vaccine for emergency use, federal officials are mobilizing behind a vast effort to distribute the vaccine as soon as possible. Army Gen. Gustave Perna, chief operating officer of Operation Warp Speed, said Saturday that distribution of Pfizer and BioNTech’s vaccine has begun.

During a news conference, Perna explained that shipping containers with the vaccine are already being packed at a Pfizer facility.

“Within the next 24 hours, they will begin moving vaccine from the Pfizer manufacturing facility to the UPS and FedEx hubs, and then it will go out to the 636 locations nationwide which were identified by the states and territories,” Perna told reporters. 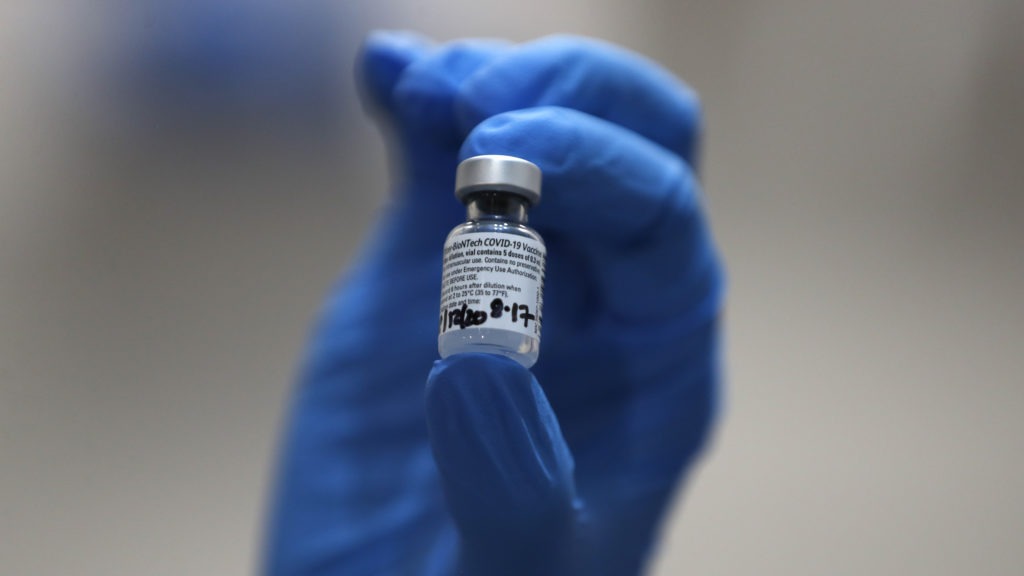 A nurse holds a vial of the COVID-19 vaccine produced by Pfizer and BioNTech, in London earlier this week. Food and Drug Administration officials in the U.S. sought to reassure the public about the vaccine Saturday after authorizing it for emergency use. CREDIT: Frank Augstein/AP

“We expect 145 sites across all the states to receive vaccine on Monday, another 425 sites on Tuesday, and the final 66 sites on Wednesday, which will complete the initial delivery of the Pfizer orders.”

His announcement came roughly 12 hours after the FDA formally granted an emergency use authorization to the vaccine developed by Pfizer and BioNTech.

With the green light, the U.S. became one of just a handful of countries — including the U.K. and Canada — to allow widespread distribution of the two-dose vaccine, which clinical trials have shown to be 95% effective at preventing the coronavirus.

State governors and health departments have submitted plans for how the vaccine will be allocated. Those plans give initial priority to two groups: front-line health care workers and residents at long-term care facilities, where Perna estimates that many residents will likely start receiving doses toward the end of next week.

He also said that as early as three weeks from now, the government will be able to ship the Pfizer vaccine to all providers that states have designated for distribution. The general added that, by the end of the year, he expects there will be enough shipments of the two-dose vaccine to immunize 20 million people.

Health officials have cautioned that getting the vaccine to every American who wants one is a process that could stretch well into 2021. And even as the vaccine reaches its intended locations, federal officials will also be grappling with another challenge: bolstering public confidence in getting it. Toward that end, FDA chief Stephen Hahn pledged to be among the first to have it administered.

“I know the meticulousness of the review that the FDA has done,” Hahn said at a separate briefing Saturday. “I will absolutely take this COVID-19 vaccine, pending availability and distribution, because I have complete trust and confidence in the FDA’s career staff’s evaluation.”

The authorization of the Pfizer vaccine represents a major milestone in the fight against the coronavirus in the U.S. — though it is unlikely to be the last vaccine to be authorized and distributed. A vaccine produced by Moderna, which has been shown 94% effective, is expected to receive the FDA’s emergency authorization within a week or two, as well.