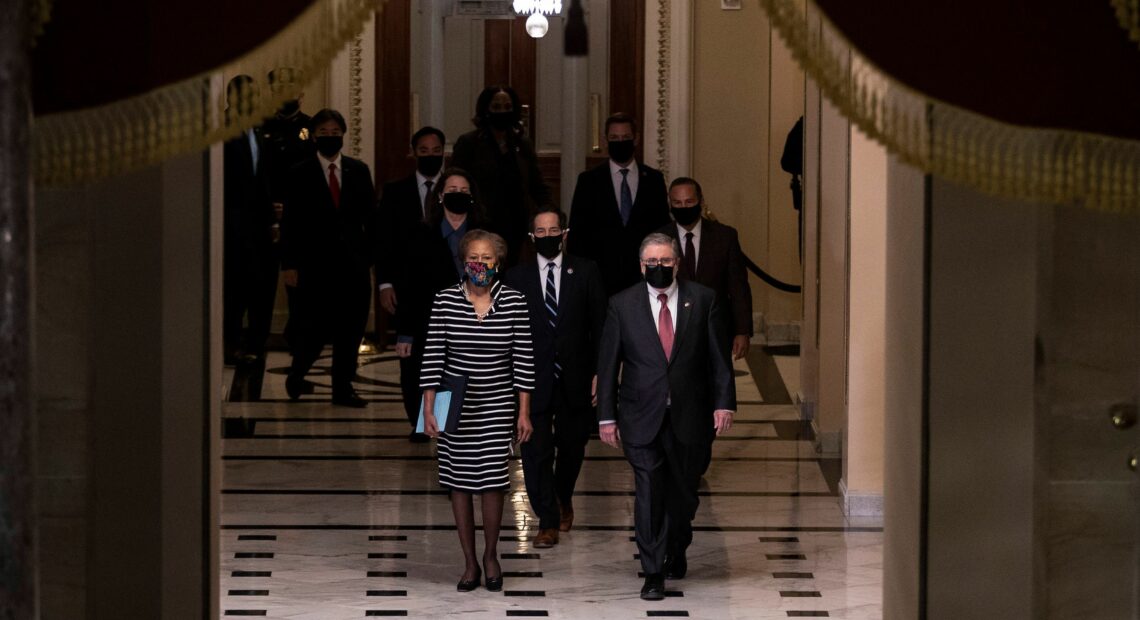 At about 7 p.m. ET Monday, House impeachment managers delivered to the Senate an article of impeachment against former President Donald Trump, a move that prompts preparations for a historic trial.

The formal step comes just over a year after the House last transmitted an impeachment measure against Trump to the upper chamber. The latest rebuke alleges that the former president incited the Jan. 6 insurrection at the Capitol.

On Tuesday, U.S. senators, who act as jurors in an impeachment trial, will be sworn in.

The trial itself will begin on Feb. 9, giving the nine House impeachment managers and Trump’s defense team two weeks to file briefs and finalize their legal preparations.

An aide to Senate Minority Leader Mitch McConnell, R-Ky., said the delay will ensure Trump has due process. 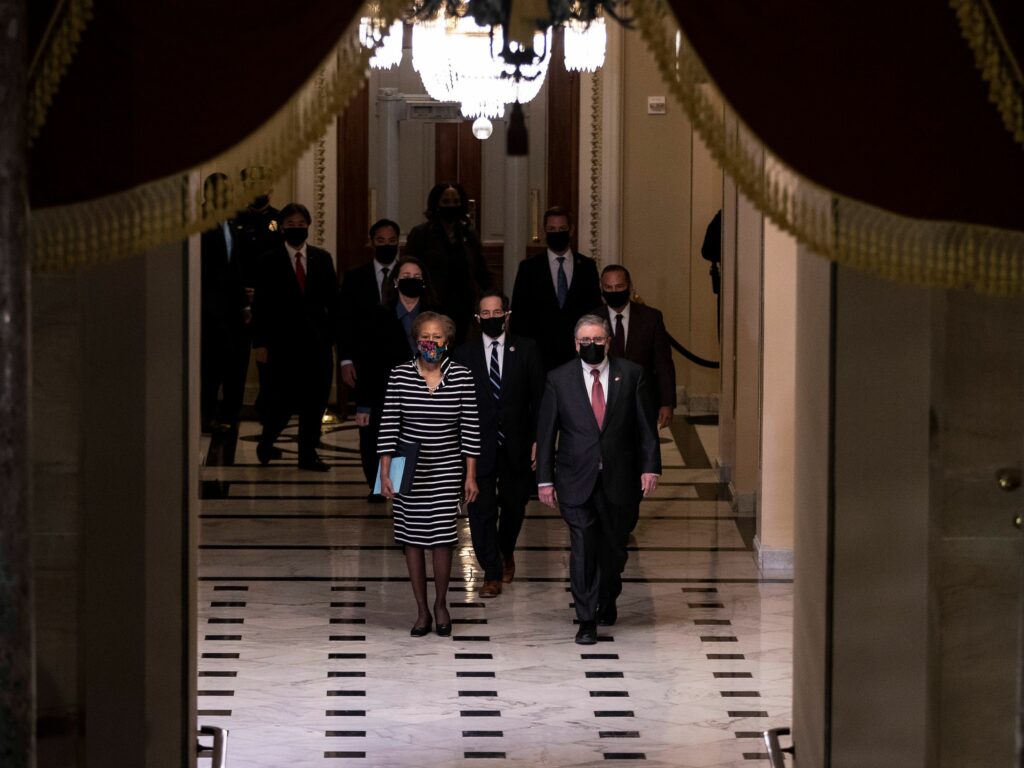 The two-week period also allows for other Senate business to continue, like the confirmation of President Biden’s Cabinet nominees.

“There are three essential items on our plate: the trial of President Trump now that the House has impeached him; bold, strong COVID relief; and approving the president’s Cabinet,” Senate Majority Leader Chuck Schumer told reporters on Sunday. “The Senate must advance all three in the next few weeks, and we will. The stakes are too high to delay any of them.”

The New York Democrat added: “[The trial] will be fair, but it will move at a relatively fast pace.”

The House impeached Trump on Jan. 13 for an unprecedented second time, charging him with inciting an insurrection at the U.S. Capitol on Jan. 6.

Some Republican senators have said they believe it’s unconstitutional to hold an impeachment trial for a president who’s already out of office. Others have decried what they view is a partisan exercise.

“I think the trial is stupid. I think it’s counterproductive,” Florida Sen. Marco Rubio said on Fox News Sunday. “We already have a flaming fire in this country and it’s like taking a bunch of gasoline and pouring it on top of the fire.”

Added Sen. Mike Rounds, R-S.D., on NBC’s Meet the Press on Sunday: “It’s a moot point. There are other things that we’d rather be working on instead.”

But Rep. Madeleine Dean, D-Pa., who is serving as one of the impeachment managers, said she’s heartened by the 10 House Republicans who voted to impeach Trump.

“Ten was a historically high number. That was a bipartisan impeachment,” she said on CNN’s State of the Union on Sunday. “Take a look at the words of [Wyoming Rep.] Liz Cheney, who said [Trump] assembled the mob, he incited the mob, and he lit the flame. … I take heart in that. I hope, over the course of the remaining days, as we nine prepare this trial, more and more elected officials will pay attention to their oath and see the egregious high crimes and misdemeanors that this president was so desperate and capable of in the last weeks of his term in office.”

For her part, Cheney, the No. 3 Republican in the House, is now fending off attacks from her own party stemming from her decision to support Trump’s impeachment.

Another impeachment manager, Rep. Joaquin Castro, D-Texas, says he thinks the case for convicting Trump in the Senate trial will become stronger in the days ahead.

Castro said he’s “confident” the case will be strong enough to convince GOP senators who haven’t yet indicated how they’ll vote on a conviction.

“I would hope that, first of all, they keep their powder dry, that they listen to all the evidence and wait for the case to be presented,” he said. “But most of all, at the end of the day, what we need is for people to put country over person, in other words, over Donald Trump and also country over party, Republican or Democrat.”