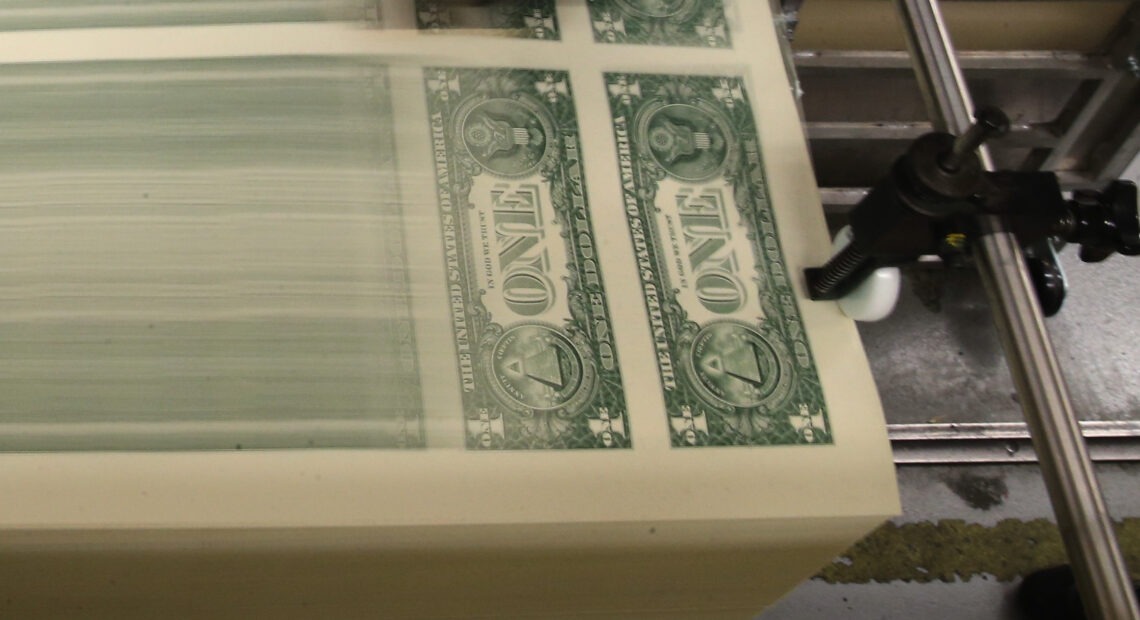 Congressional forecasters are projecting a federal deficit of $2.3 trillion this fiscal year, even without the additional $1.9 trillion in spending that President Biden has proposed.

That would mean a smaller deficit than the record $3.1 trillion in 2020, according to the forecast issued by the Congressional Budget Office on Thursday. But at $2.3 trillion, the budget gap in 2021 would still top 10% of the overall U.S. economy — making it the second-largest deficit since World War II. 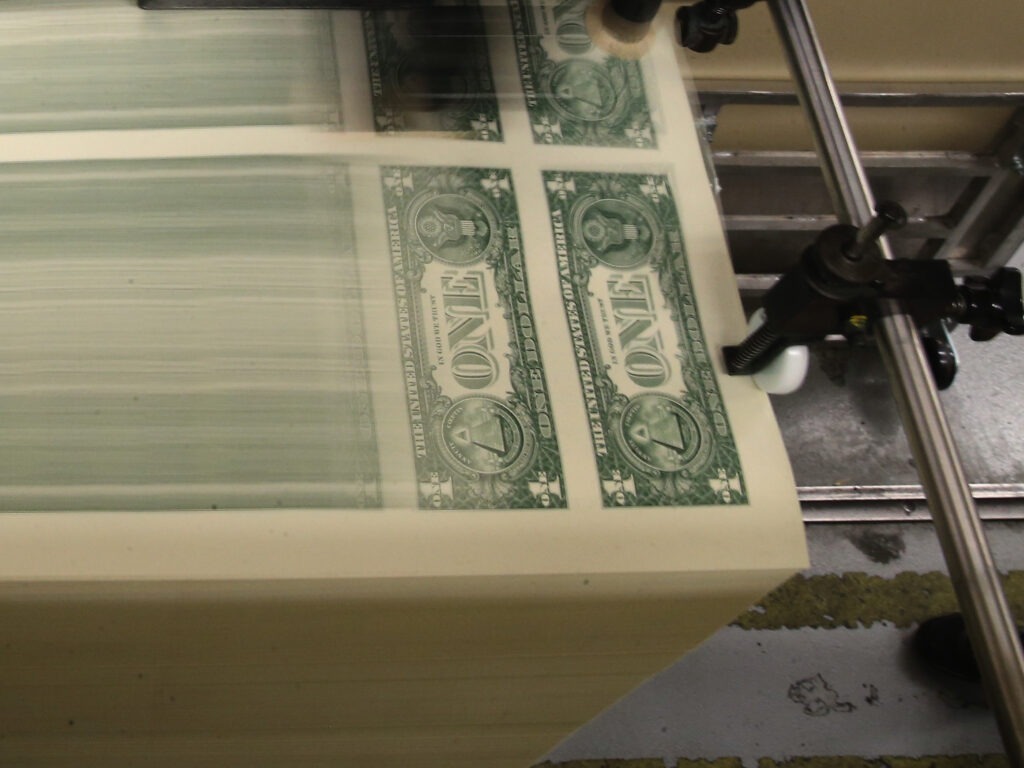 Sheets of one-dollar bills run through the printing press at the Bureau of Engraving and Printing in 2015 in Washington, D.C. Congressional forecasters projected the federal deficit this fiscal year will hit its highest since World War II.
CREDIT: Mark Wilson/Getty Images

It would also be $448 billion larger than the CBO was projecting in September. Congress tacked on an extra $900 billion in spending in late December when they passed an additional coronavirus relief plan. The cost of the plan, however, is partly offset by a stronger-than-expected economic recovery.

The CBO notes that the federal government was already running large deficits before the pandemic. Since then, the budget gap has “widened significantly” as a result of falling tax revenues and increased spending.

Federal spending is expected to decline this year and next, as the pandemic eases, but that could change if Congress approves all or most of the administration’s ambitious relief package.

The CBO expects a modest increase in both inflation and interest rates over the next decade.

The budget forecast assumes that U.S. economic output recovers to pre-pandemic levels by the middle of this year. The CBO doesn’t anticipate that employment will fully recover until 2024.