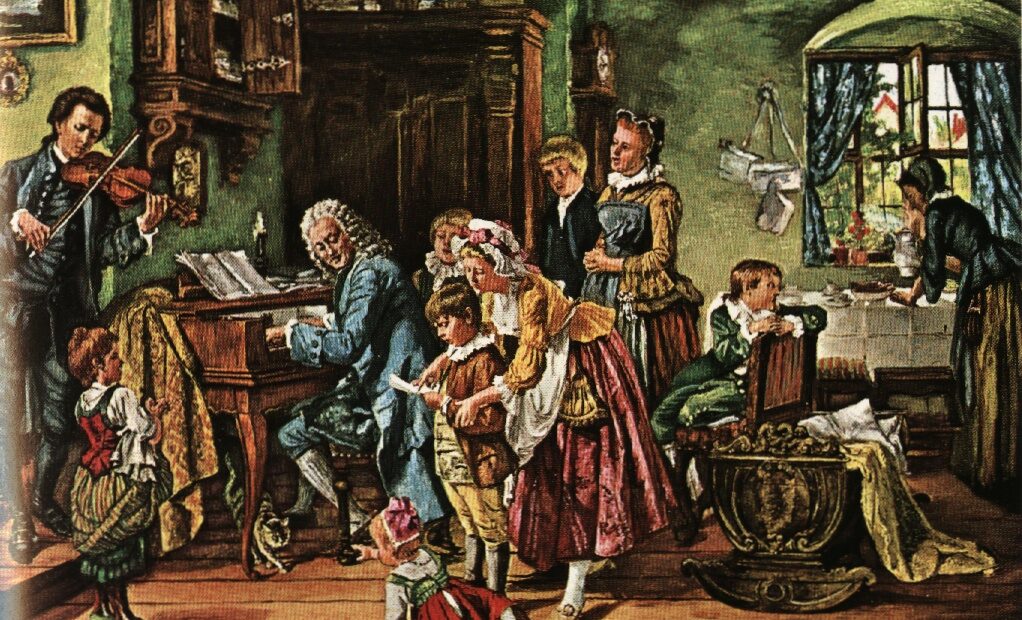 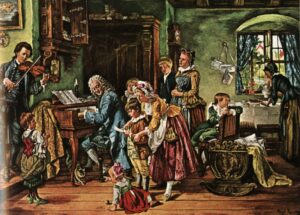 Bach was 23, and his wife Maria Barbara was 24, when the first of their children was born. They named her Catherina Dorothea. CD grew into a singer, and helped out in her father’s music work. Fifteen years passed, her mother died, her father remarried, and finally, CD Bach acquired a sister: Cristina Sophia Henrietta, daughter of Johann Sebastian and Anna Magdalena Bach. CSH died at the age of three, just as another sister, Elizabeth Juliana Frederica, was born. EJF Bach would grow up to marry one of her father’s students.

Bach’s last two children, his 19th and 20th—were also daughters. The youngest, Regina Susanna, found herself destitute half a century after her father’s death. A generous composer in Vienna donated to her the proceeds from the concert premiere of his new work.  The composer was Ludwig van Beethoven. The new work was his Eroica Symphony.