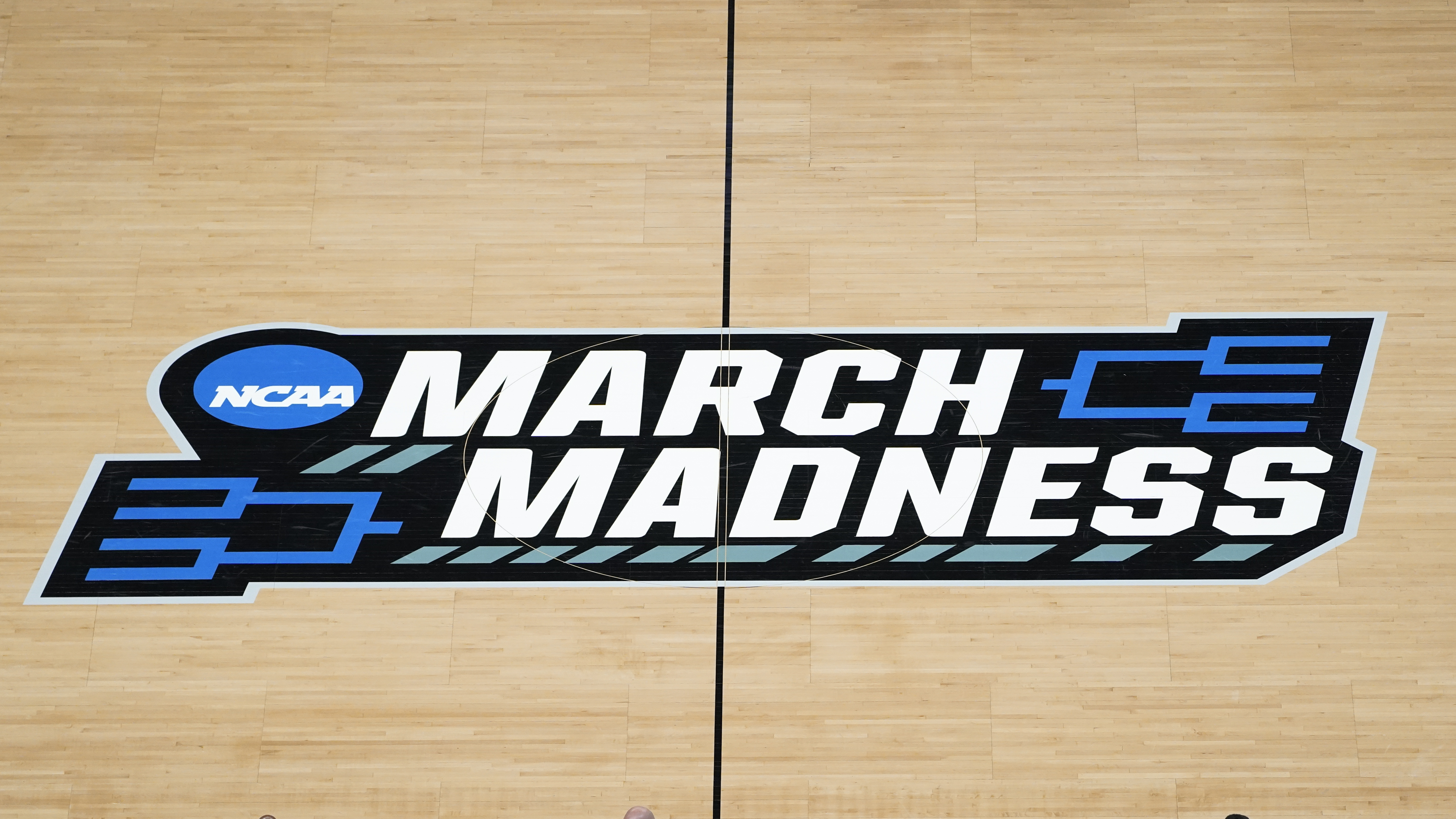 As March Madness heads into its final days, college athletes are playing on a different kind of court: the Supreme Court. On Wednesday the justices heard arguments in a case testing whether the NCAA’s limits on compensation for student athletes violate the nation’s antitrust laws.

The players contend that the NCAA is operating a system that is a classic restraint of competition in violation of the federal laws barring price fixing in markets, including the labor market.

There is little doubt that big-time college sports is a big business. For March Madness TV rights alone, the NCAA is paid $1.1 billion each year. But the NCAA maintains that the antitrust law allows it to impose certain limits on athlete compensation in order to preserve what the NCAA contends is the essence of college sports’ popularity: namely amateurism. 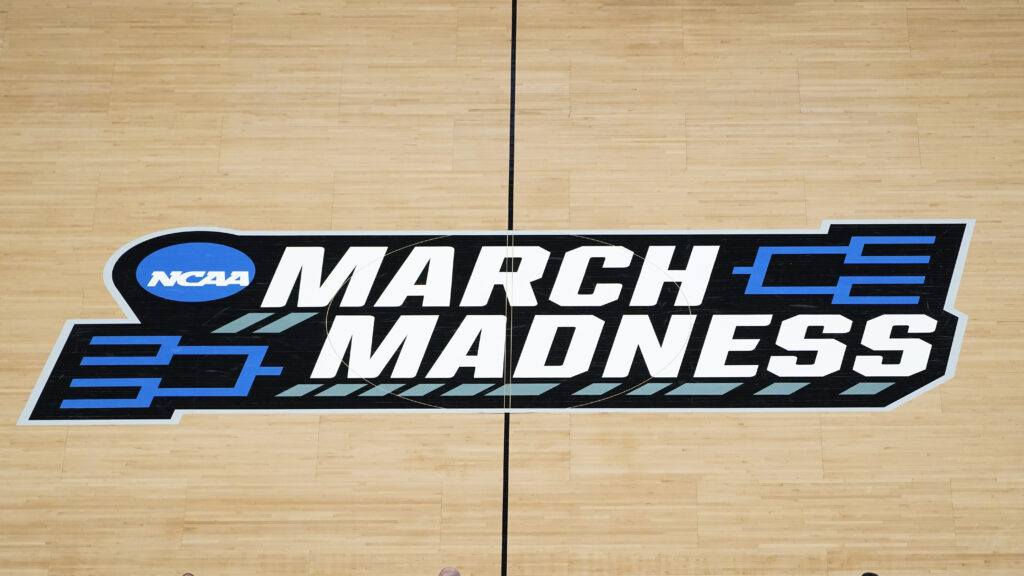 The arguments before the Supreme Court Wednesday came amid March Madness — and could erode the difference between elite college athletes and professional sports stars. CREDIT: Paul Sancya/AP

The case before the court stems from an appeals court ruling that ordered the NCAA to broaden the education-related benefits available to college athletes. The NCAA objected and appealed to the Supreme Court, contending that it should be left alone to decide athlete compensation. What makes collegiate play attractive to consumers, says the collegiate sports governing body, is that there is no “pay for play.”

Chief Justice John Roberts, however, pointed out loopholes that seem to undermine that principle. For example, under current NCAA rules, schools can pay the $50,000 insurance premium for a $10 million policy that protects the student athlete’s future earnings in the case of injury.

“That sounds very much like pay for play,” he said. “Doesn’t that undermine the ‘amateur status’ theory you have?”

Justice Clarence Thomas, a big football fan, noted that the NCAA has “put a lot of weight on amateurism,” but, he asked, “Is there a similar focus on the compensation to coaches?”

There used to be, replied lawyer Seth Waxman, representing the NCAA, until, the coaches challenged earning limits in court and won.

Justice Stephen Breyer asked Waxman what precisely the NCAA is complaining about. Waxman replied by warning that what is now permitted as special rewards for athlete performance could become the norm. Under the lower court’s ruling, he contended, the NCAA “cannot restrain schools from awarding to every Division I athlete, just for being on the team, $5,980 per year, God help us.” That, he added, “is nothing but pay for play.”

That $5,980 number is the amount in rings, trophies and cash that, under current NCAA rules, may be awarded to athletes for performance in high-level competition, like the championship bowls.

While the athletes’ work is bringing in billions of dollars, they have a pretty “hard life,” said Alito. Training requirements leave little time for study, there’s pressure to drop out of hard majors, and the graduation rates are “shockingly low.”

Summing up the players argument, Alito said “they are recruited, they’re used up, and then they’re cast aside without even a college degree. So they say, how can this be defended in the name of amateurism?”

Justice Elena Kagan too seemed doubtful about the NCAA’s argument that it is protecting not just its business but the athletes.

“The way you talk about amateurism, it sounds awfully high-minded,” she said. “But schools that are naturally competitors … have all gotten together in an organization” and they use the power of that organization “to fix athletic salaries at extremely low levels.”

Justice Neil Gorsuch said that in his view the agreement at the center of the case is “an agreement among competitors to fix prices” in the labor market.

Justice Brett Kavanaugh seemed to agree. “It does seem that the schools are conspiring with competitors … to pay no salaries to the workers who are making the schools billions of dollars,” he said.

And Justice Amy Coney Barrett, a former professor at sports powerhouse Notre Dame, asked why the NCAA “gets to define what pay is?”

But when it came time for the athletes’ lawyers to make their argument, they faced just as much skepticism.

Chief Justice Roberts suggested the lower court may have overstepped by seeking to “micromanage” the NCAA’s business, comparing the lower court’s actions to a Jenga game.

“You’ve got this nice solid block that protects the sort of product the schools want to provide, and you pull out one log and then another and everything’s fine, then another and another, and all of a sudden the whole thing comes comes crashing down,” said Roberts.

Justice Breyer, too, was concerned about what would happen if judges started “getting into the business of deciding how amateur sports should be run.”

“This is not an ordinary product,” he said, his voice rising. “This is an effort to bring into the world something that’s brought joy and all kinds of things to millions and millions of people. and it’s only partly economic.”

“This is a delicate area,” opined Justice Barrett. “On the one hand, there’s concern about blowing up the NCAA. … But on the other hand, the court must be concerned over not “messing up” general antitrust law.

Justice Sonia Sotomayor was more direct: “How do we know that we’re not just destroying the game as it exists?” she asked.

And Justice Kagan, apparently spooked by the NCAA’s argument that it might have to pay every athlete nearly $5,980, asked whether the lower court had not just taken that figure “out of thin air.” Isn’t the number, asked Kagan, “essentially arbitrary?”

But acting Solicitor General Elizabeth Prelogar pushed back on behalf of the Biden administration, which is supporting the athletes. She said there is nothing in the lower court order that prevents the NCAA from establishing criteria for payments with benchmarks to ensure that theses are not pay-for-play arrangements.

By the time the buzzer sounded after nearly two hours of argument, it was anyone’s guess how the court would rule.