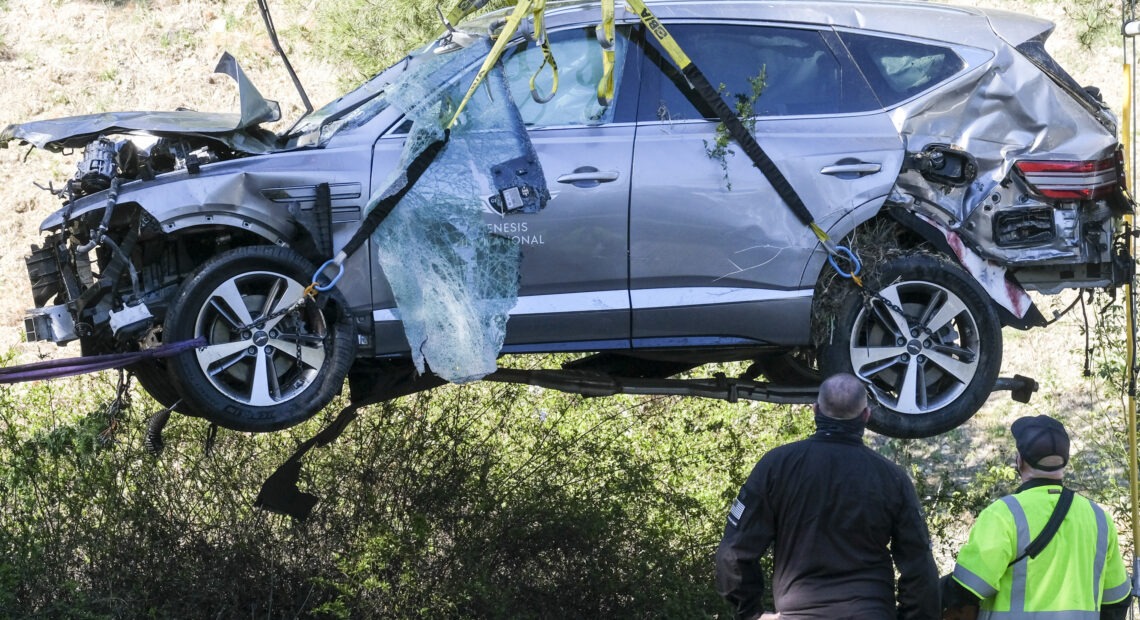 Tiger Woods crashed in February because he was driving at an unsafe speed and was unable to negotiate a curve on the road, the Los Angeles County Sheriff’s Department said Wednesday.

The legendary golfer sustained a compound fracture to one leg in addition to other injuries in the single-vehicle crash Feb. 23 in the Los Angeles area.

“Estimated speeds at the first area of impact were 84 to 87 mph, and the final estimated speed when the vehicle struck the tree was 75 mph,” Sheriff Alex Villanueva told reporters as he announced the department’s findings about the cause of the crash. 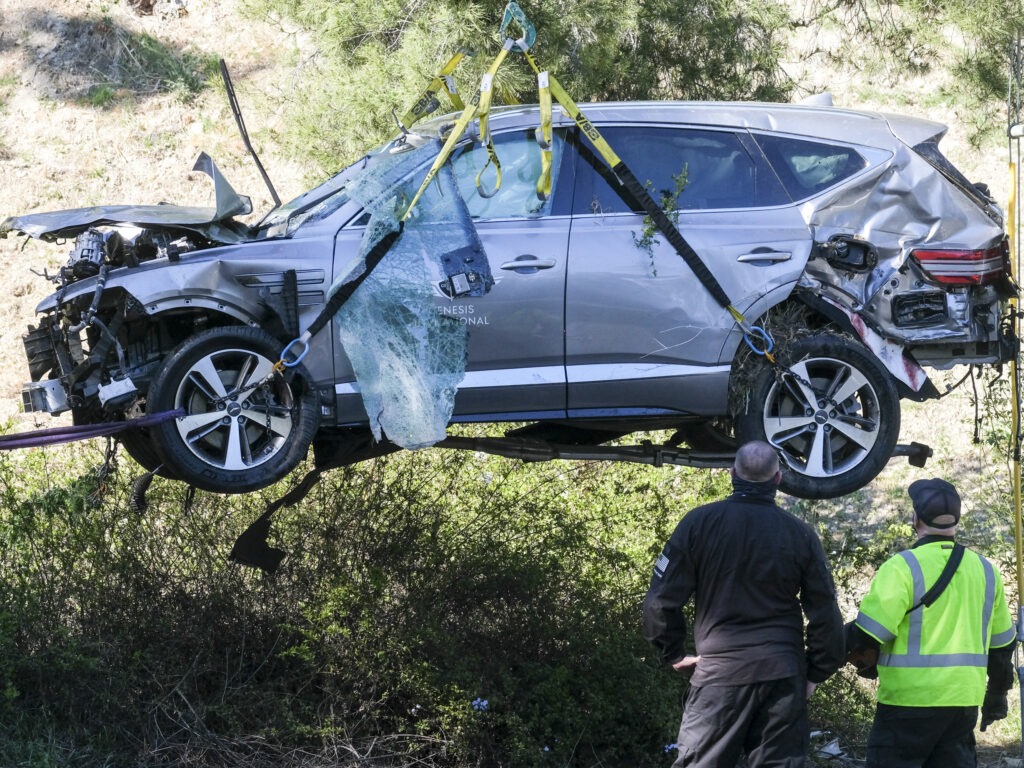 A crane is used to lift a vehicle driven by golfer Tiger Woods following a rollover accident in February in the Rancho Palos Verdes suburb of Los Angeles. CREDIT: Ringo H.W. Chiu/AP

The posted speed on the road was 45 mph, Capt. James Powers said later.

He suggested a factor that may have contributed to the crash: “There was no evidence of braking throughout this collision. It is speculated and believed that Tiger Woods inadvertently hit the accelerator instead of the brake pedal.” The accelerator was pushed down just below the maximum, Powers said.

The car eventually hit a tree, which “caused the vehicle to go airborne and do a somewhat pirouette, landing on its side,” Powers added.

Officials said they did not carry out tests to determine if Woods was under the influence of alcohol or drugs, because they concluded there was no probable cause to do so. Woods did not show signs of impairment, and there was no other evidence intoxication might be a factor, they added.

The golfer will not receive a citation, Villanueva said, and he stressed that Woods has been cooperative with the investigation. The details of an investigation such as this would typically be kept confidential, he said, but Woods and his representatives allowed for the information to be released.

Woods was able to return to his home in Florida in mid-March, where he is recovering. In a statement Wednesday, he praised the sheriff’s department and the firefighters and paramedics who helped him at the scene.

“I will continue to focus on my recovery and family, and thank everyone for the overwhelming support and encouragement I’ve received throughout this very difficult time,” he said.