PULLMAN – Cougs have been helping Cougs since Washington State University began in 1890.

The message of helping each other is one of the first every student that attends the University learns as well as the famous greeting of “Go Cougs!” when you meet another Coug out in the world.

Some alumni like Mary Mendoza look for opportunities to help other Cougs when they might be in a time of need. When the pandemic began in early 2020, Mendoza was living in the Vancouver/Portland area and learned the WSU campus nearby had no food stored in their food pantry for students.

Mendoza coordinated a food drive with the Facebook page for the WSU Alumni in the Vancouver region where anybody willing to help could set out just a few items for Mendoza to pick up and take to the food pantry.

“The cougs were generous and it wasn’t just a small bag,” said Mendoza. “We were getting huge boxes of everything you could think of. Id say friends but really we’re family.”

The response was more than Mendoza could handle alone as the Cougs that wanted to help other Cougs donated large quantities of food. Mendoza included the help of her daughter and friend from the Alumni group on Facebook to collect all of the donations in a timely manner.

For other Cougs, they remember receiving a significant amount of help that they will remember forever. Scott Tanner graduated in 1991 and still remembers to this day how he would be included with his friends family during Dad’s weekend after his parents could not travel from Olympia to Pullman.

“When my dad could make it, it would be great and we would have a ball,” said Tanner. “But when he couldn’t, I never felt depressed, mostly because I would be with friends whose parents and families would include me with their activities.”

Whether it was inclusivity for a fellow Coug that felt left out or keeping Cougs from starving, Cougs help Cougs in any way they can. The recipients of that help might be getting canned goods or a friend, but other Cougs are getting a second chance at life.

CJ Robert graduated from WSU in 2012 after double majoring and while she had to accomplish everything a college student needs for graduation, she also had to overcome gastroparesis, a disease where she could not digest food naturally.

“You transition from being an athlete and living that lifestyle to starving to death,” said Robert. “That was the hardest part because you’re sitting there as a brand new business owner starving to death, and no one would help.”

Robert could not find much help medically in Pullman due to the demand and toll the disease had taken on her body. She sought out a specialist at Swedish Hospital in Seattle, WASH.

“He is one of the best for the surgery I need completed so he is booked out for at least six months,” said Robert. “I was told the earliest I could receive treatment would be September or October. To take that much time off during football season in Pullman would run my business completely into the ground so I had to wait a whole year while starving to death.”

Robert was looking a slow death in the face and emotionally coming to terms with it in the doctor’s office.

“A nurse overheard me crying about how I’m going to lose my business in Pullman. She said her daughter goes to WSU and is living in Pullman and that she would be back with something for me.”

Robert explained that four nurses came into the room and explained they were all Cougs looking to help her, a Coug. They all offered to work with the doctor and sacrifice their breaks, lunches, and hours after work to help her get paperwork and bloodwork done so they could perform surgery the next month.

Robert believes, without a doubt, that she would be dead if she had never come to Pullman. If she had never uttered the words, “My business in Pullman,” while that exact nurse had happened to walk by, she would not be alive today.

Now Robert spends every day living life as fully as she can. She goes hiking, scuba diving, and skiing despite struggling with nutritional deficiency. She says that there is no reason to give up just because life gets more difficult. 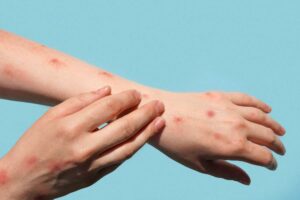