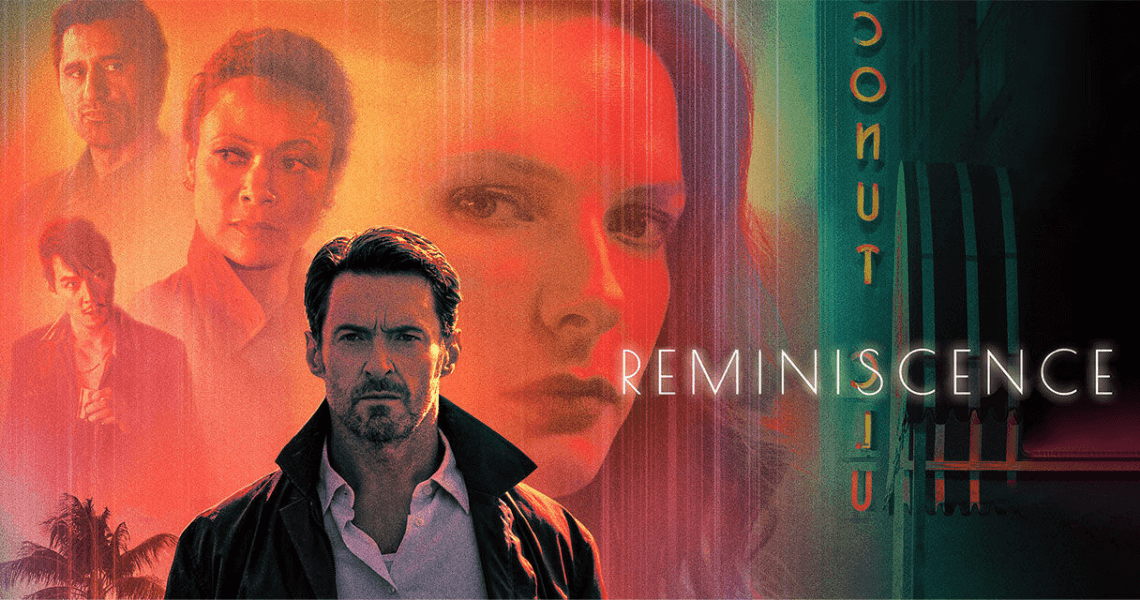 Reminiscence indulges in the well-established cinematic tradition of playing with our perception of time. The French pioneer Georges Méliès did it successfully at the turn of the twentieth century, and Christopher Nolan is doing it in our time. Here, Hugh Jackman stars as Nick Bannister, a researcher in a noirish tale of lost love, regret and conspiracy. His creation, a combination of cocoon bed and holography, allows his clients to access meaningful moments from their lives, with him as their guide to the past. The inventor and his assistant, Emily, an ex-military business partner played by Thandiwe Newton, act as voyeurs, in effect.

However, the tables are turned when this “private investigator of the mind” falls for a beautiful, enigmatic grifter named Mae (Rebecca Ferguson, who co-starred with Jackman in The Greatest Showman as Jenny Lind, the renowned Swedish opera singer). In his obsessive quest to find and/or save her, he travels from Miami to New Orleans and back, confronting drug dealers, organized crime henchmen and his own demons. So much setup, so little payoff.

The script, co-written by first-time director Lisa Joy, wastes most of the opportunity to make the romance or the science compelling. The dialogue, which relies heavily on Twilight Zone-like voiceovers reminiscent of Rod Serling, veers from the obvious to the banal. For example, we learn that “memories are like beads on the necklace of time.” Duly noted.

What sustains the picture, aside from a talented cast doing their best to elevate the material, is the direction, production design and cinematography (by Westworld‘s Paul Cameron). The scenes in the doctor’s warehouse-clinic will remind you of that recent, award-winning HBO series, for good reason. Lisa Joy, the director here, co-created and produced that show, which featured Thandiwe Newton in a leading role.

Even as the narrative is too thin to be haunting, the visuals really are. In a standout sequence, Bannister and one of Mae’s associates (played by Cliff Curtis) have an elaborate fight scene. It begins in a music room with a grand piano, only to give way to a lower level–a flooded, once-ornate theatre, replete with chandeliers. The effect is mysterious and otherworldly, precisely the tone the movie lacks as a whole.

Bannister rails against the “barons” and “rich rats” who build dams to preserve their status, while condemning so many others to poverty and degradation in this post-apocalyptic universe. But the story never develops that theme. Nor does it give Jackman and Ferguson the chance to breathe any life into their relationship, in the way of Jack Nicholson and Faye Dunaway in the classic neo-noir, Chinatown. Even the science itself becomes inconsistent. In the end, Reminiscence the film plays with time, but quickly fades from memory.