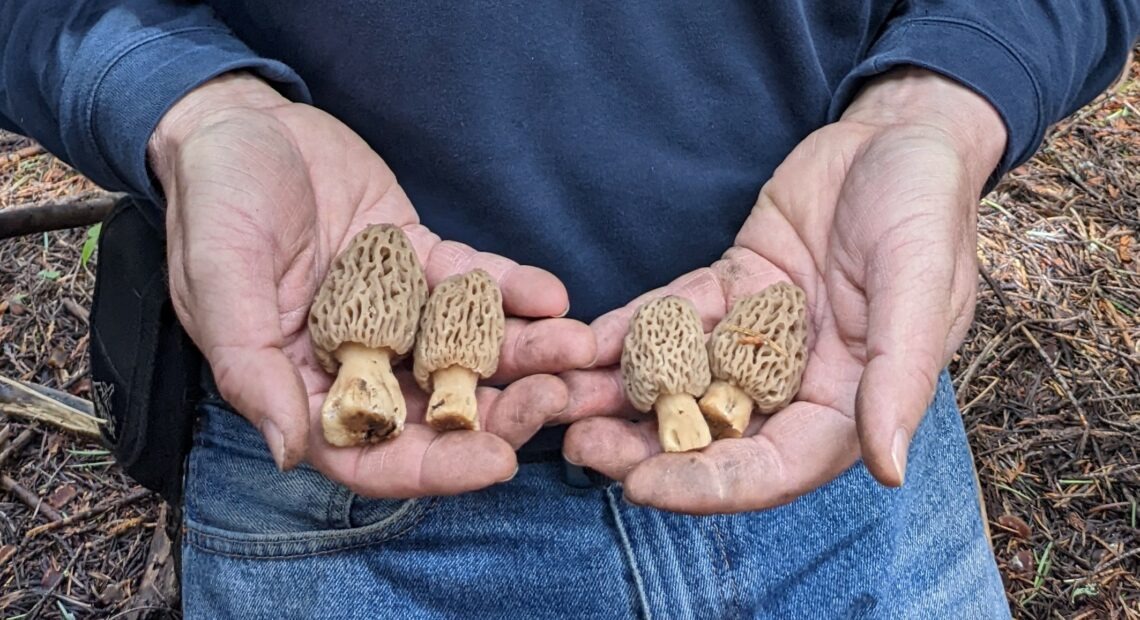 Mushroom season in the Pacific Northwest stretches from early spring until late fall. Botanist Helen Lau from the Okanogan-Wenatchee National Forest, along with Jennifer Becar and Mike Pruss from the Nez-Perce Clearwater National Forest, have tips to get the most out of your mushroom hunt.

As rain falls in the spring and snow melts into streams, moist soil starts to warm with the longer daylight. This is how mushrooms are made.

What mushrooms can be found in the Pacific Northwest?

There are hundreds of species in the Northwest, but only a few that are collected for human consumption. Wild mushrooms available where you live depend on the ecology of your area.

Helen Lau, a botanist for the Okanogan-Wenatchee National Forest, says most people think about mushroom picking starting in the spring, but you can also look for them throughout the summer and fall. 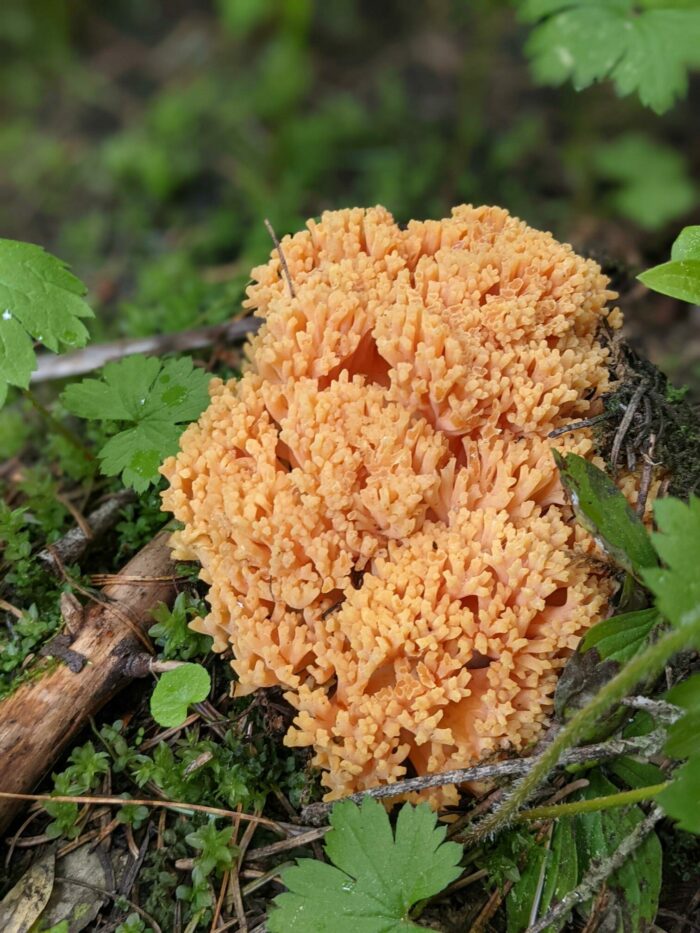 In the Okanogan-Wenatchee National Forest, personal mushroom picking is allowed any time. Rather than issuing a permit, anyone collecting morels for personal use is required to have the Incidental Use Mushroom Information Sheet in their possession while collecting. Even if a mushroom is cleared for human consumption, Lau says to keep in mind that some people might have sensitivities to fungi.

“If you’re really interested in wild collecting fungi, what I would do is I would join a local mushroom club,” she says. “Most mushroom clubs will have several people who are experts.”

That’s exactly how Mike Pruss got started. He serves as the wildlife program manager for the Nez Perce Clearwater National Forests in north Idaho, but he’s been a hobbyist mushroom collector for 40 years.

Where is the best place to find mushrooms in the forest?

One of the most commonly collected mushrooms in the spring are morels. This well-hidden, cryptic species looks similar to pine cones or decomposing leaves on the ground. Pruss says to look for them in areas where there have recently been burns or where trees have been harvested for timber. “They can be found anywhere as long as there’s moist soils, not too dry, and not too wet.”

In valleys and meadows, look for tree species that grow along the rivers. Mushrooms are commonly found around cottonwood trees. In forested areas, they’re found near burn scars, Douglas Fir, and Grand Fir trees. 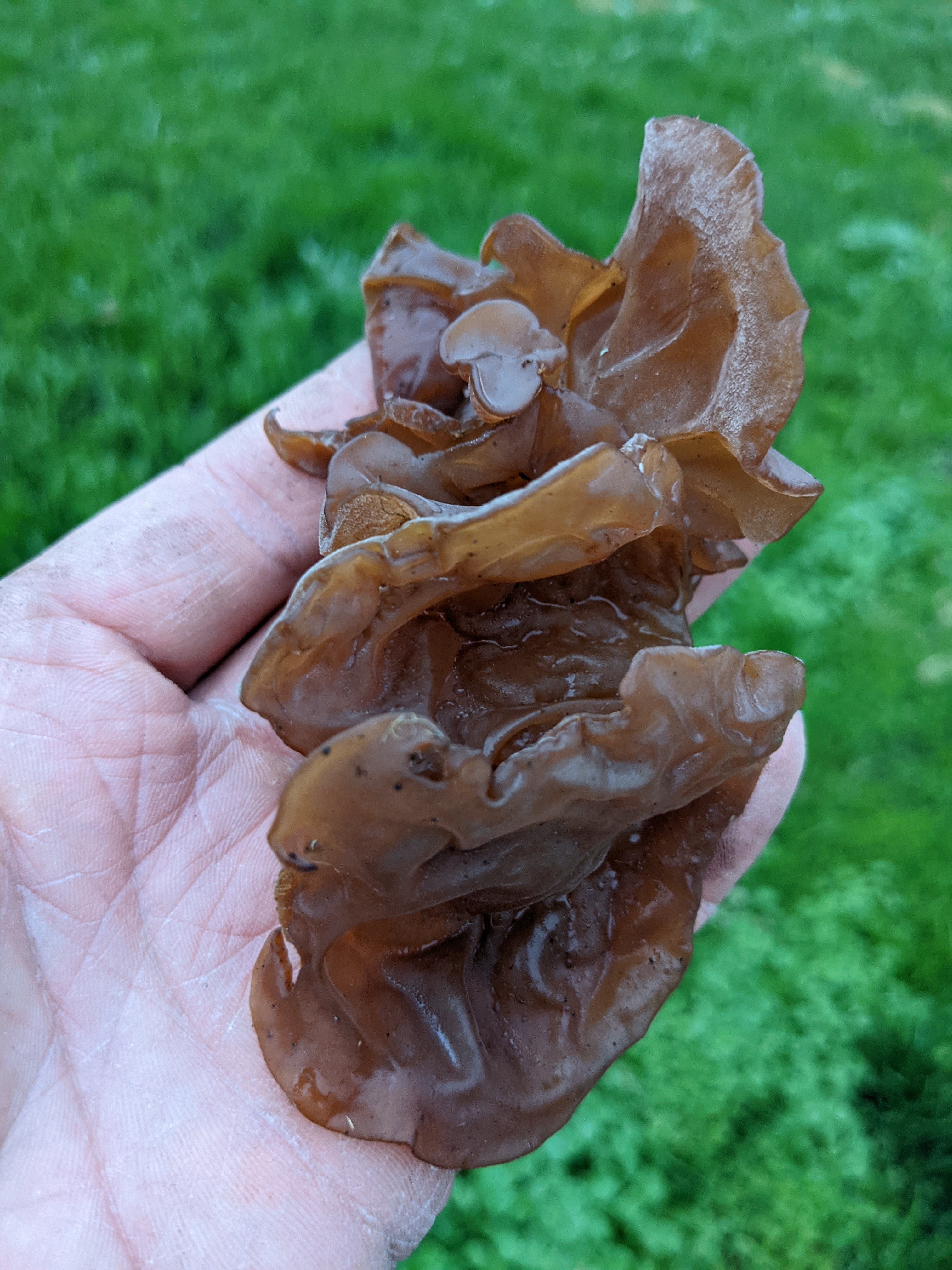 Wood ear mushrooms look like a human ear, and are often used in soups and salads. (Photo by Mike Pruss)

“If you really want to get into the nitty gritty, the soil temperature has to be about 50 degrees. You can take your little kitchen thermometer out there and put it in the soil and check to see if the soil temperature is warm enough yet to produce the mushrooms above the surface,” says Pruss.

Look for cool, damp areas with mature timber or downed trees. In the spring, Pruss says he has luck at the base of hills where they come down to meet flatter areas.

“The soil is usually thicker and it’s more mature, and has more mycelium in it so it has more species of mushrooms. This makes finding more species easier,” he says.

Once you’ve found some mushrooms Pruss says to continue gathering from south facing slopes to north facing slopes, and from low elevation to high elevation. This is a way to find mushrooms popping up as the snow melts.

“Once you’ve found the sites, you probably want to take a GPS point on them, because they’ll be continuing to be mushrooms there for years in the same places.”

To stay safe while hiking, Pruss suggests taking someone with you. He also said marking your car with GPS is a good idea, so you can easily find your way back. Be respectful of wildlife, and know they may not hear you as easily when around noisy water sources like flowing creeks.

How can I gather mushrooms sustainably?

‘Leave No Trace’ principles apply when mushroom hunting in the forest, says Jennifer Becar, the acting public affairs officer for the Nez Perce-Clearwater National Forests. If you pack it in, please pack it out. “Different land managing units are going to have different rules and   regulations about mushroom or other harvesting, and so it’s definitely important to understand where you’re hoping to go and contact the managing agency for that area before you head out in the woods and start harvesting,” she says.

The Nez Perce-Clearwater National Forests offer personal-use mushroom permits free of charge. Obtaining the permit allows the Forest Service to track how many people are recreating in the forest. This can help the agency plan and prioritize maintenance for campgrounds, trails, and forest access. 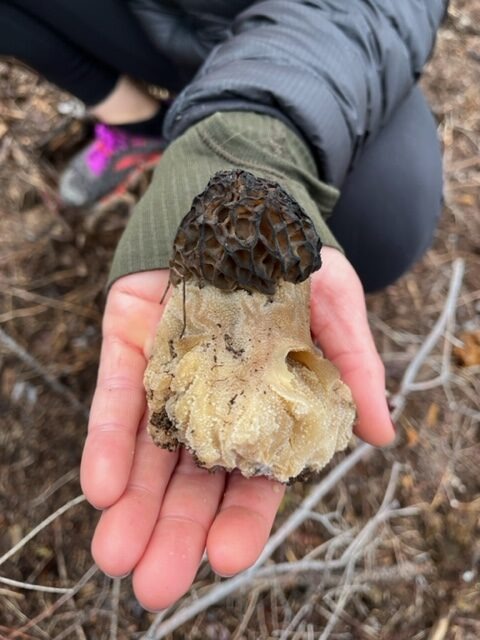 Commercial permits are available for the Okanogan-Wenatchee National Forest from May 1 until June 30. “One of the important things we know about mushrooms is that they’re the part that people pick and look at. It’s just a really tiny part of a larger organism. And most of that organism is underneath the ground or in the wood, that’s surrounding you as you’re walking through the woods,” says Pruss.

When people collect a mushroom, they’re collecting the fruiting body, the part of the organism that produces the spores, and allows mushrooms to reproduce throughout the forest.

“Collecting the fruiting body isn’t really hurting the overall organism. And if you collected in that bag or some basket that’s open, those spores are still disseminating through the forest even as you’re walking after you’ve collected them,” he says.

Because they have a delicate life cycle, the U.S. Forest Service suggests only picking two thirds of the mushrooms you find. This will allow spores to seed for future mushrooms, and leaves food for wildlife.

Other tips: Minimize the impacts to the actual fungus by not disturbing the ground habitat. This means do not use rakes, dogs, pigs, or other methods to dig mushrooms. Harvest mushrooms with a knife to minimize the impact to the mushrooms. Mushroom identification books and guides are available at your local land management agency. When in doubt about whether the mushroom is poisonous or not, leave it in the woods.

Although the chief seasons for gathering morels are April and May, Pruss says the cool snowy spring has delayed the season for many areas of the northwest.

“They’ve just been a little slower at maturing or popping up in the spring. But right now people are finding them. It’s going to get warmer this weekend,” he says. “And with the moisture we’ve had, it’s going to be a really good year for mushrooms.”