“Among the Remnants”: A Talk with Holocaust Survivor and Author Josh Gortler 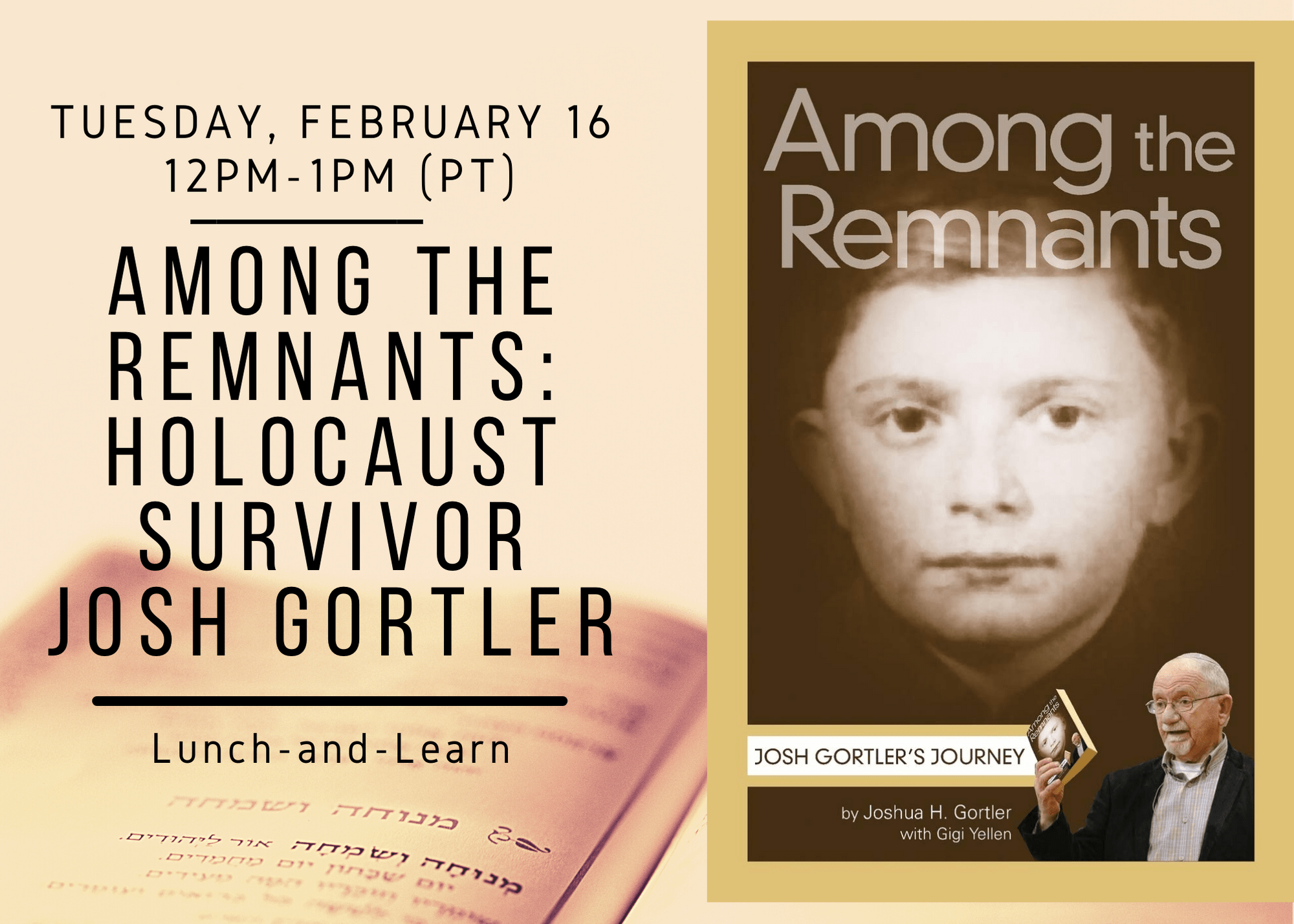 When 3-year-old Joshua Gortler and his family were forced from their hometown in Poland during World War II, they scrambled for safety border over border, finding refuge at least in Europe’s Displaced Persons Camps.

Undocumented and unschooled, Gortler spent his adolescence learning to survive. When his family eventually relocated to the U.S., Gortler found himself starting over as teenager in a foreign land with only his spunk and sharp wits to rely on.

After earning a Master’s degree in social work, Josh moved to Seattle and worked at the Kline Galland Jewish nursing home for almost 50 years. He began telling his story when his grandchildren asked what happened to him during the Holocaust, and he is now an active member of the Holocaust Center for Humanity’s Speakers Bureau and Board of Directors.

Josh Gortler’s memoir, Among the Remnants, was published in January 2020.