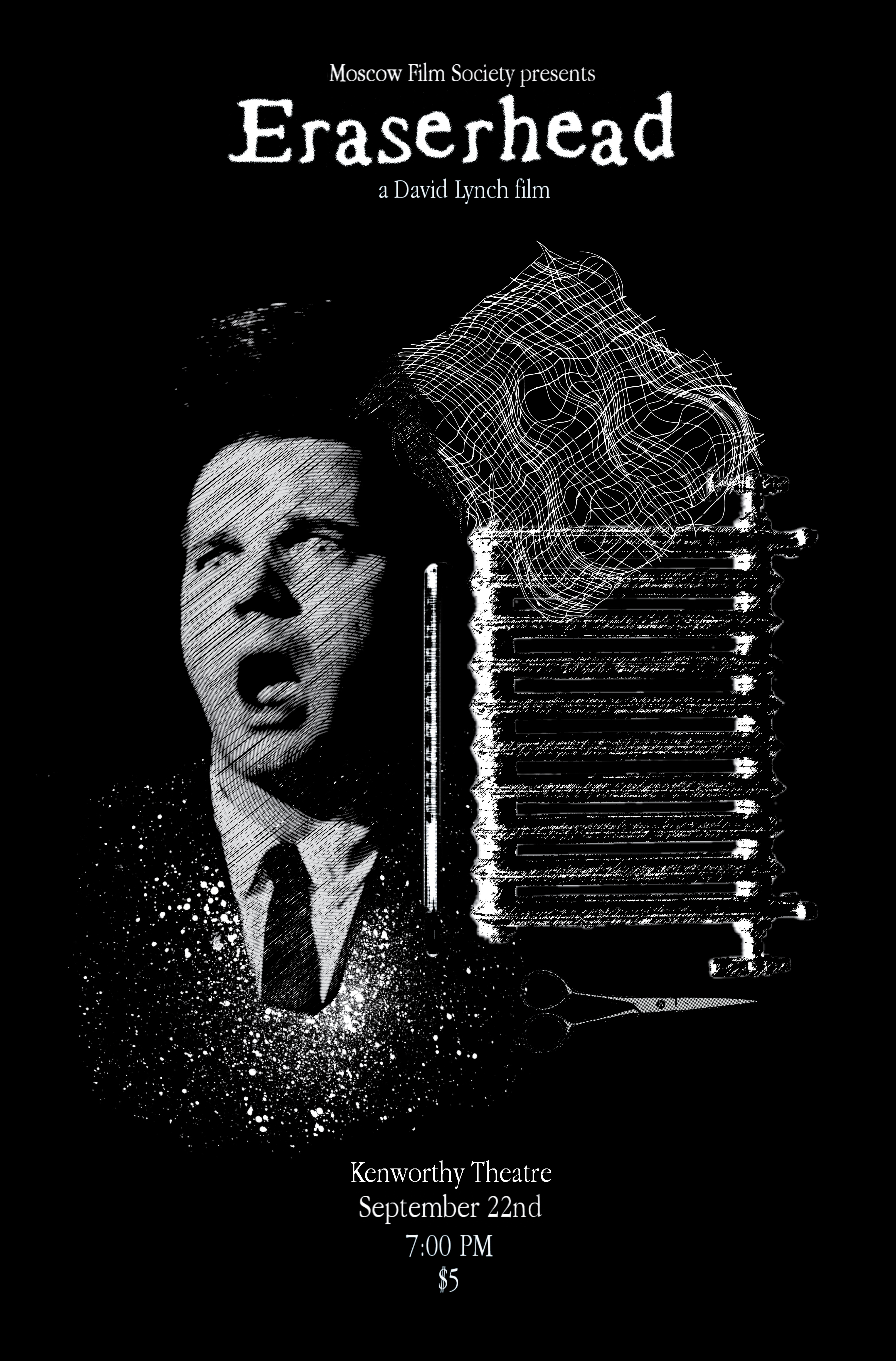 Moscow Film Society presents ERASERHEAD as part of their Cronenberg vs Lynch series. Henry Spencer tries to survive his industrial environment, his angry girlfriend, and the unbearable screams of his newly born mutant child. David Lynch created a surreal masterpiece of disturbing images and ambient sound design that makes us feel as if we are inside some collapsing factory or gigantic dying organism. This is a film that must be seen how it was intended, in a pitch black room on the big screen with sound enveloping you.