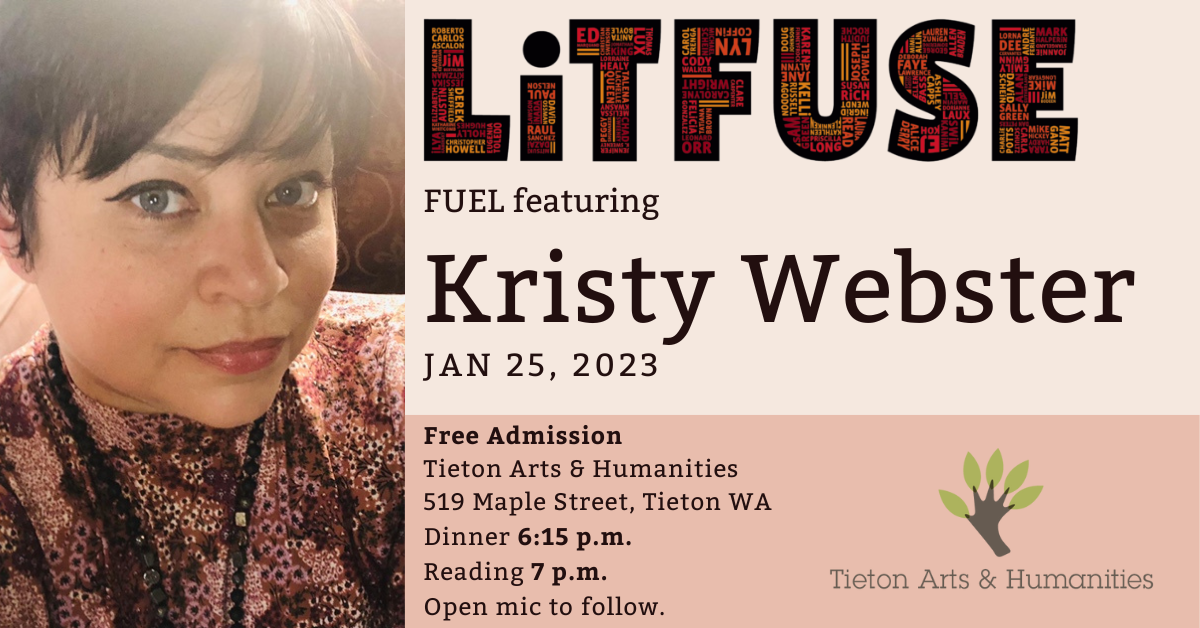 Poet Kristy Webster is the featured reader for FUEL, LiTFUSE’s monthly reading series, on January 25 at 6:15 p.m. at the Fueling Station located at 519 Maple Street in Tieton, Wash.
Webster, a queer, Latina writer and a native of Yakima Valley, is the author of The Gift of an Imaginary Girl: Coco and Other Stories, published by A Word with You Press in 2015 and most recently, Heretic: a story of spiritual liberation in poems, published by Beyond the Veil Press.
Her work has appeared in several online journals such as Lunch Ticket, Pithead Chapel, The Feminist Wire, Shark Reef Literary Magazine, Pacifica Literary Review, The Molotov Cocktail, and Connotation Press. Her essay, “Mother Fire, Father Ice” is featured in the Red Hen anthology Two Countries: U.S. Sons and Daughters of Immigrant Parents. Recently, her poems were featured in the Shrub-Steppe Poetry Journal and The Yakima Coffeehouse Poets chapbook. Kristy earned her MFA in Creative Writing from Pacific Lutheran University and a Master’s in Teaching from Heritage University. Kristy currently teaches English composition and literature at the Yakima Valley College in Grandview, Washington.