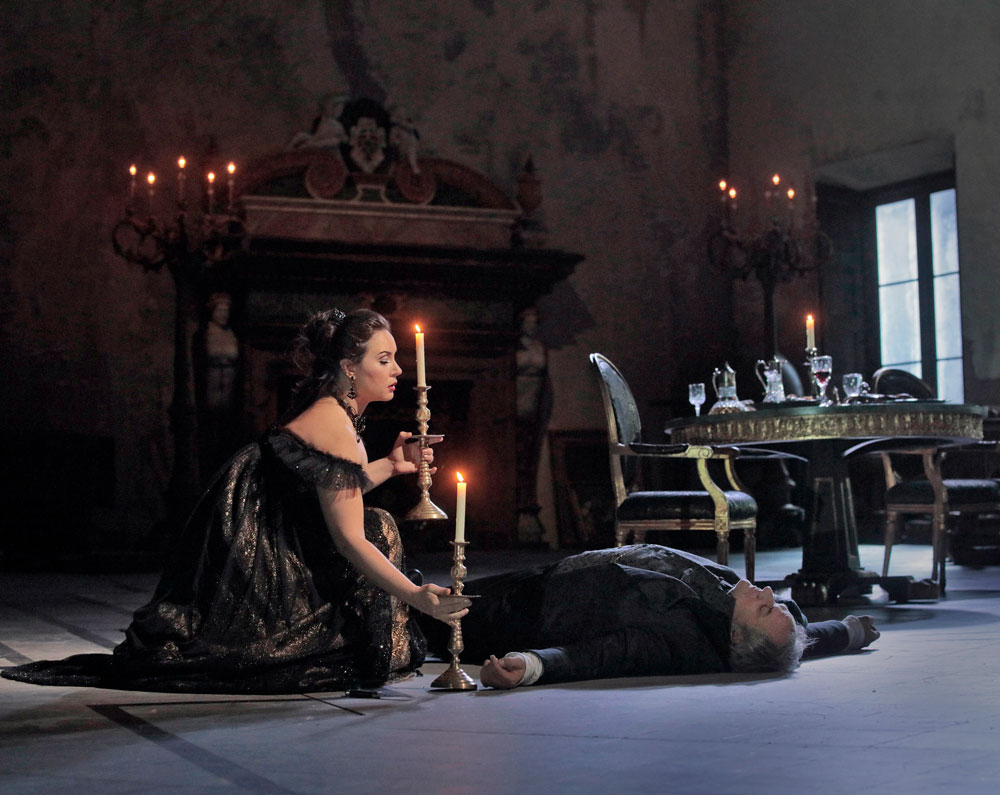 Soprano Anna Netrebko, whom the New York Times hailed as “magnificent” when she made her role debut as Tosca in 2018, returns to cinemas in this filmed performance as Puccini’s explosive diva. Tenor Brian Jagde is the idealistic painter Cavaradossi, and baritone Michael Volle completes the opera’s fatal love triangle as the sinister Scarpia. Bertrand de Billy conducts Sir David McVicar’s stunning production. This live cinema transmission is part of the Met’s award-winning Live in HD series, bringing opera to more than 2,200 theaters in more than 70 countries worldwide.