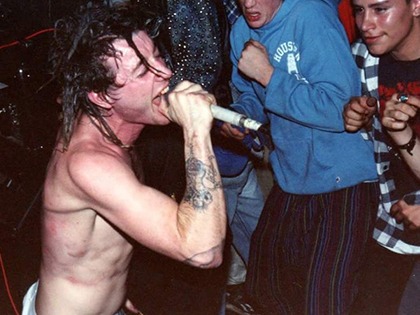 All Ages Show is a new documentary film about the history of the music scene in Tri-Cities, Washington, that began in the mid-1980s and continues today. While Seattle’s music scene, was changing the world in the early 90s with “grunge,” Tri-Cities had its own thriving music scene inspired by Washington DC Hardcore, a scene that many didn’t think could exist in a smaller community. The film also asks the question: with music now so accessible, band exposure so saturated, and record companies on the decline, could there ever be a thriving music scene again?

All Ages Show is directed by Tri-Cities native Tony Moser, who worked in Los Angeles editing behind-the-scenes featurettes for feature films (The Amazing Spider-Man, Men in Black 3), before moving back to his hometown to work as a video producer for a local media company.

Reserved seating tickets ($15 adults, $10 students) are available online at www.phtww.org or by calling the box office at 509-529-6500. This event will have a total runtime of about 90 minutes.