The Oceans of Mars: My Five Decades of Mars Research 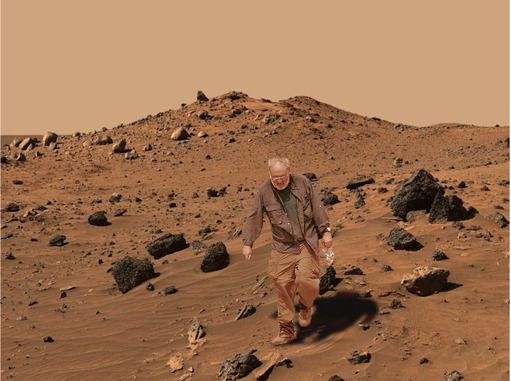 The Wenatchee Valley Erratics, Ice Age Floods Institute’s next Zoom program will be on Tuesday, August 10 at 7:00 PM. Dr. Vic Baker, Professor of Planetary Sciences and Geosciences, University of Arizona, will discuss The Oceans of Mars: My Five Decades of Mars Research.

A slew of international Earthling robots are now exploring Mars: 3 rovers on the planet, 8 orbiting craft, one stationary lander, and a small helicopter.

All are yielding data about the geological history of very ancient water-related events on the surface. This has been a topic of Dr. Baker’s scientific research since NASA’s Mariner 9 Mission of the early 1970s, with the discovery of ancient megaflood channels on Mars. He recognized these channels were caused by processes similar to what had formed the Channeled Scabland and other megaflood landscapes of the northwestern U.S. (our backyard!).

Later Mars surveys have revealed that massive flooding was associated with an immense ocean that covered much of the northern half of the planet. This ocean was key to conditions that made the surface of Mars habitable prior to 3 billion years ago.