The Secret Life of the Deserts: Pacific Northwest 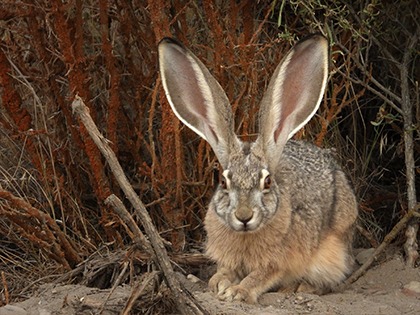 Blue Mountain Television presents the premiere screening of “The Secret Life of the Deserts: Deserts of the Pacific Northwest” at Gesa Power House Theatre on Sunday, May 22 at 3:00 p.m. and again at 7:00 p.m. Each screening will be followed by a short Q&A with the filmmakers.

“The Secret Life of the Deserts: Deserts of the Pacific Northwest” is a series dedicated to discovery and education of the vast and complicated desert regions that host many hundreds of species of plants and animals that live in stunning landscapes that most folks will never get to see. All these living organisms survive because of relationships, dependencies and arrangements in the most arid places here in the spectacular Pacific Northwest.

The “Secret Life” series was created by Mike Denny and Daniel Biggs and was produced by Blue Mountain Television.

Mike Denny, the narrator, is currently a teacher, naturalist, and has contributed to many organizations such as the Audubon Society. Mike also leads field trips for Blue Mountain Landtrust, Washington Ornithological Society, and co-authored 5 books and has been a birder since age eight.

Daniel Biggs, the videographer and editor, is currently working as the production manager of Blue Mountain Television and is working on his 6th TV series.

Blue Mountain Television is the local TV station in the Walla Walla Valley which also produced both “Secret Life of the Forest,” and “The Northern Blue Mountains.”