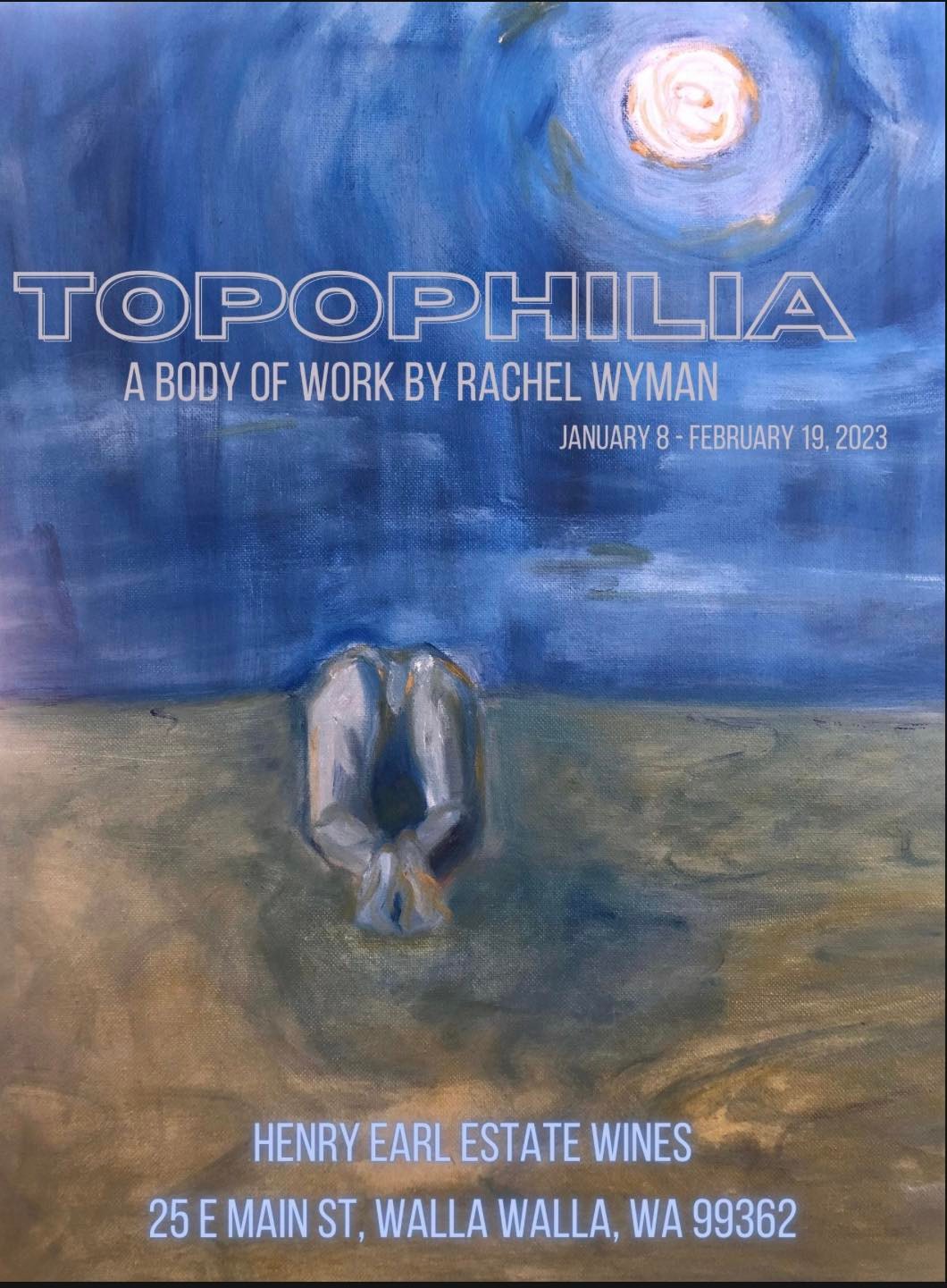 We are beyond thrilled and honor to host the art of Rachel Wyman January 8th through February 19th.
Rachel Wyman is a dance-based multidisciplinary artist who was born and raised in Walla Walla, WA and currently resides in Brooklyn, NY. Through movement/dance films, visual art, and writing, Rachel’s work addresses longstanding personal concerns: the strangeness and mystery of existing; death and separation anxiety; the body as both signifier and obfuscator of personal identity; and the relationship between bodies and environments. Much of her work is strongly influenced by the Walla Walla landscape.
Artist statement:
“Topophilia” is described by Wikipedia as “a strong sense of place, which often becomes mixed with the sense of cultural identity among certain people and a love of certain aspects of such a place.” This series of paintings is based on video stills compiled from a nearly decade-long practice of filming myself improvising movement in the fields around Bennington Lake. In the improvisations, I was interested in how the land influenced my internal sense of rhythm, time, and movement qualities. For these paintings, I landed on moments when my body echoed natural shapes, or appeared less recognizably human and more like another abstract shape in the landscape.
Please note: we are operating under our winter hours through the end of February so unfortunately, you’ll only be able to stop by and check out Rachel’s wonderful pieces Tuesday through Saturday.