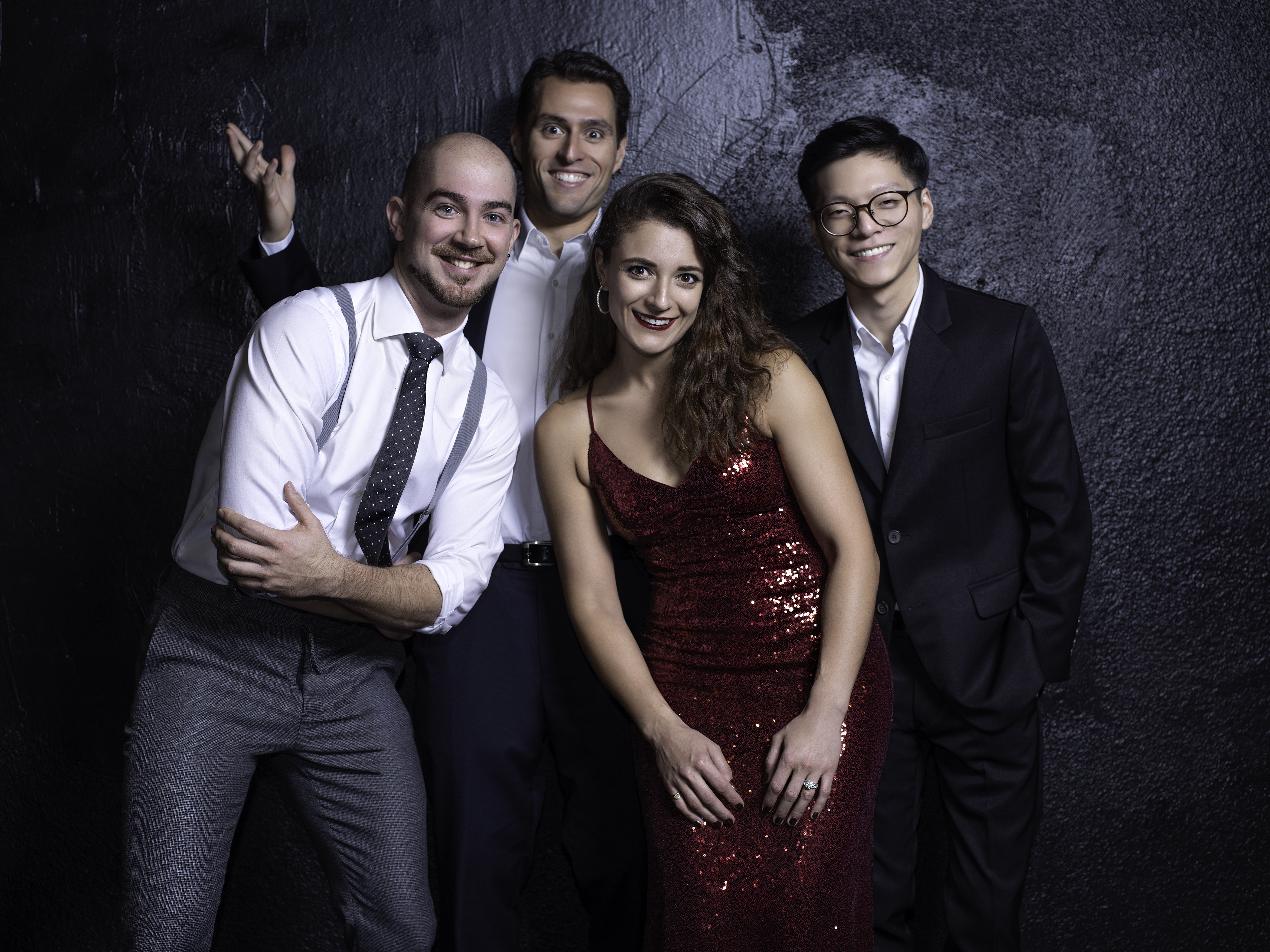 Named one of the greatest string quartets of the last 100 years by BBC Music Magazine, the GRAMMY® nominated Dover Quartet has followed a “practically meteoric” (Strings) trajectory to become one of the most in-demand chamber ensembles in the world. In addition to its faculty role as the Penelope P. Watkins Ensemble in Residence at the Curtis Institute of Music, the Dover Quartet holds residencies with the Kennedy Center, Bienen School of Music at Northwestern University, Artosphere, and the Amelia Island Chamber Music Festival. The group’s awards include a stunning sweep of all prizes at the 2013 Banff International String Quartet Competition, grand and first prizes at the Fischoff Chamber Music Competition, and prizes at the Wigmore Hall International String Quartet Competition. Its prestigious honors include the Avery Fisher Career Grant, Chamber Music America’s Cleveland Quartet Award, and Lincoln Center’s Hunt Family Award.
Canadian pianist and Steinway Artist Arthur Rowe is a critically acclaimed recitalist, soloist with orchestra, and chamber musician. Having previously taught at the University of Iowa and the University of Western Ontario, Arthur Rowe has been a Professor at the University of Victoria since 1992, also serving as Acting Director of the School of Music and, Acting Associate Dean of Fine Arts.