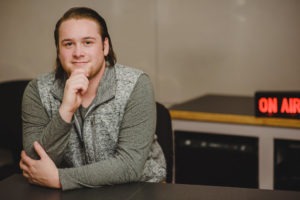 Connor does some of everything: filling in as a host on weekdays, hosting “Weekend Edition,” and being a news producer helping bring you news on air and online.

He’s been a public broadcasting listener for as long as he can remember, growing up in the Tacoma area and traveling frequently to a family property near Twisp, Washington.

“Every car ride, it was the public radio station until we hit Snoqualmie Pass. When the signal broke up in the Pass, then and only then is when my parents would pop in the mixed tapes.”

Connor’s held some interesting jobs. With the U.S. Geological Survey, he saw the area behind Elwha Dam, right after it was removed. And for two summers he was a wildland firefighter in north central Washington.

He enjoys being outdoors and hiking. His favorite spot is in the North Cascades, where he likes to explore old mine shafts and caves.

Connor is a self-proclaimed news junkie. If there is one story he wishes he could cover, it would be one on the “Apple-Chucking Hooligan,” the person who threw exactly 3 apples on the roofs of houses in Portland and Vancouver. He says he wants the full story on what he described as “the best thing the Associated Press ever tossed my way.”

A connoisseur of all kinds of music, Connor is especially into punk rock. “My dad’s fault,” he says, half-joking. His other love is feline: “Everyone knows my cat is my life.” 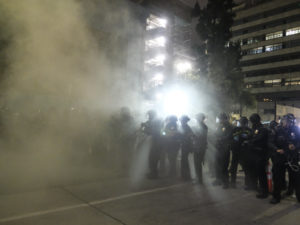 Protesters against systemic racism and police brutality have been met with an arsenal of ‘less than lethal’ weapons which can still seriously injure, sicken, and sometimes kill. Continue Reading From ‘Flash Bangs’ To ‘Rubber’ Bullets: The Very Real Risks of ‘Riot Control Agents’ 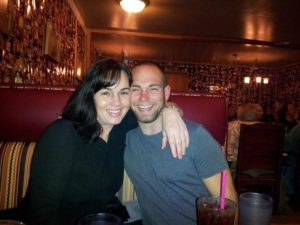 More than a decade ago, Washington state legislators added a $2 fee to most traffic tickets in an effort to improve services for the estimated 145,000 Washingtonians who suffer from TBI. But experts who advise the legislature say it’s not nearly enough. Continue Reading As Brain Injury Patients Struggle To Find Basic Services, Washington Families Look To Olympia For Help 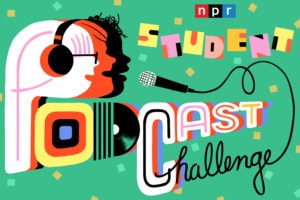 Despite the coronavirus pandemic that closed schools nationwide, students from 46 states and the District of Columbia submitted entries. We’ve narrowed those down to 25 finalists. Continue Reading Here Are The Finalists In The NPR Student Podcast Challenge (Including One From Walla Walla)