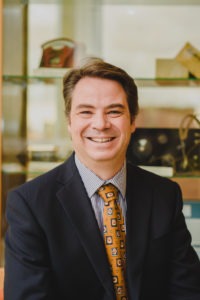 Kerry Swanson has been in broadcasting  more than 37 years.  As station manager, he directs and manages Northwest Public Broadcasting’s 19-station and 14-translator NPR News, Classical music and Jazz radio networks serving audiences in Washington, Oregon, Idaho and British Columbia.   Kerry also serves on the Board of Directors of National Public Radio.  Prior to coming to NWPB, Kerry managed the NPR and Classical service of WABE-FM in Atlanta, Georgia.  He spent more than 20 years at KPLU-FM in Seattle/Tacoma in variety of positions including on air jazz host, development director, chief operating officer and general manager. His early days in radio include working as a country music disc jockey at KXLE-AM/FM in Ellensburg, WA and working in Top-40 and Oldies radio at KNBQ-FM and KBSG-FM in Tacoma, WA.   His career accomplishments include leading some of the early development and vision of digital and new-media applications for public broadcasting, developing and building two broadcast facilities, establishing several new stations, and launching Jazz24.org.   He also serves on the Board of Directors of several non-profit organizations including Kiwanis of Pullman, Pullman Regional Hospital Foundation, and InvestED.  Kerry and his wife have two grown sons. He is a national award winning collector of classic Porsches.