PULLMAN – A man who was in a standoff with police on Pullman’s Military Hill surrendered peacefully Thursday afternoon.

The standoff, which lasted about two hours, ended just before 4pm.

Police said the man had barricaded himself in a home on the 300 block of NW Robert Street at about 2pm following reports of a domestic dispute.

Police dispatched their SWAT team to negotiate with the man.

Police had asked people to avoid the area, but say the situation posed no immediate threat to the public. 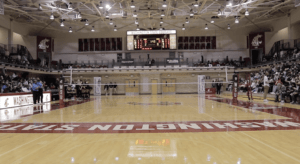