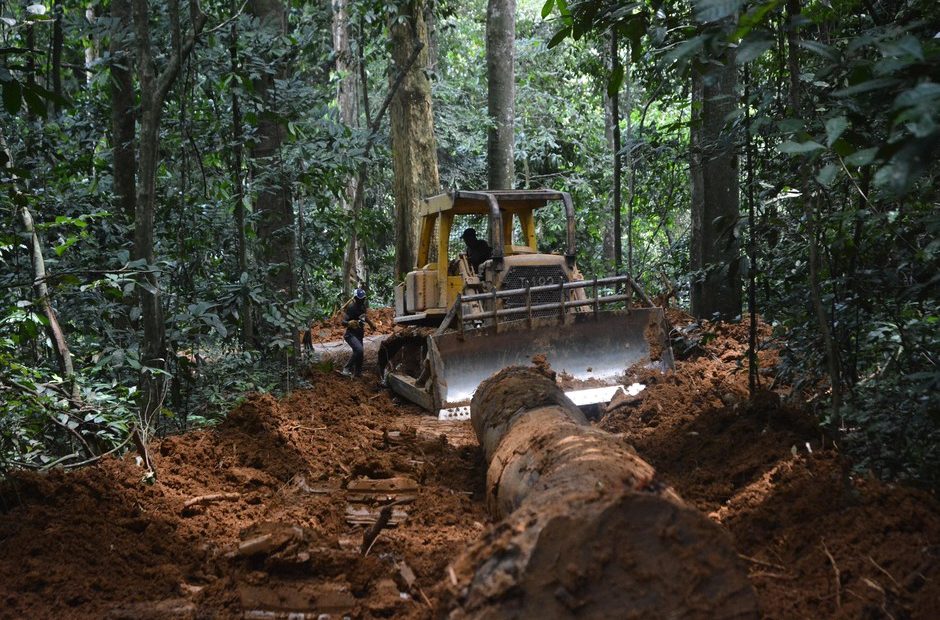 Jim Green wanted his prospective business partners to know he wasn’t all that concerned with where they cut down the tropical hardwood that would eventually become veneer siding on homes across the United States.

“I’m not worried that you’re stealing from a national park. I don’t care,” he said during a 2017 meeting. What mattered to Green was that he had paperwork — even if bribery or graft was involved — indicating that everything was above board.

As it turns out, Green, a Eugene businessman and hardwood importer, wasn’t talking with potential business collaborators; he was revealing his secrets to an environmental watchdog group’s undercover investigators, who were surreptitiously recording him on video. 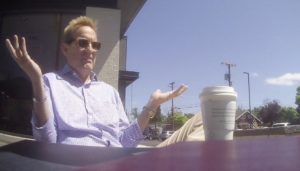 This image is from an undercover video that the Environmental Investigation Agency says it made in 2017 when two of its investigators posed as potential business partners during a meeting with tropical hardwood supplier Jim Green of Eugene, Oregon. CREDIT: EIA

Those video recordings, along with other investigative materials, have been shared with federal officials, who are conducting an investigation of possible illegalities involving west Central African rainforest poaching, black market trading, and the roles played by Northwest businesses.

On Monday, the watchdog group behind the undercover operation, Environmental Investigation Agency, released that video and the rest of its findings to the public.

Among its allegations: Timber harvested illegally from African rainforests is being sold in the U.S. through Pacific Northwest companies and others are doing the same thing to get hardwood to customers throughout Europe.

The Environmental Investigation Agency (EIA), a nongovernmental organization based in Washington, D.C., spent four years investigating logging in the Republic of Congo and Gabon. The region is home to one of the world’s largest rainforests, which provides habitat for endangered species such as forest elephants and gorillas.

U.S. Immigration and Customs Enforcement confirmed to OPB on March 16 that it had launched an investigation into the illegal import of tropical hardwood and the involvement of Northwest companies in moving it through a supply chain to retailers and customers throughout the United States.

Undercover investigators and trade data analysts from the EIA say they have found forest lands obtained illegally, routine overharvesting, bribery and other illicit activity in the supply chain of timber known as okoume. That okoume, used in plywoods and veneer siding, has been sold domestically by Evergreen Hardwoods — an importer based in Mercer Island, Washington — and Oregon’s Roseburg Forest Products.

“We’re talking about systemic illegal logging of the forest that has been developed in a way that is undermining governance in the region, and has been occurring over a greater than 10-year period,” said Lisa Handy, director of forest campaigns for the EIA.

At the center of the report is a collection of companies known as the Dejia Group, which according to the EIA controls an area of 3.7 million acres — 10 times the size of Washington’s Olympic National Park — inside the Congo basin. It harvests a variety of species and exports primarily to China. It also sends wood to France, Spain and Belgium.

The United States accounts for about 3 percent of its business, but EIA’s report states approximately $22 million worth of that illegal timber found its way into the U.S., primarily through Evergreen Hardwoods and a related company called Cornerstone Forest Products. Jim Green, who lives in Eugene, is the owner of Cornerstone and a former part-owner of Evergreen, where he still works as supply manager.

EIA investigators posed as timber suppliers and captured undercover video during a meeting with Green.

Green declined to comment until he had seen EIA’s undercover video of a meeting with him, which was released at 12:01 a.m. Monday. He declined to answer questions sent more than a week ago Friday via email.

“FYI, I have not been to Africa in 15 years and have never visited Republic of Congo,” he said via email to OPB.

At one point on the tape, which was made available in advance for OPB to review, Green and EIA investigators discuss required paperwork under the Lacey Act, a U.S. law preventing trade in illegal plants and wildlife, at which point Green states on the tape that he doesn’t care if the timber was stolen from national parkland, where logging is forbidden.

“I just need to have documentation in case somebody accuses me and wants to look,” he says.