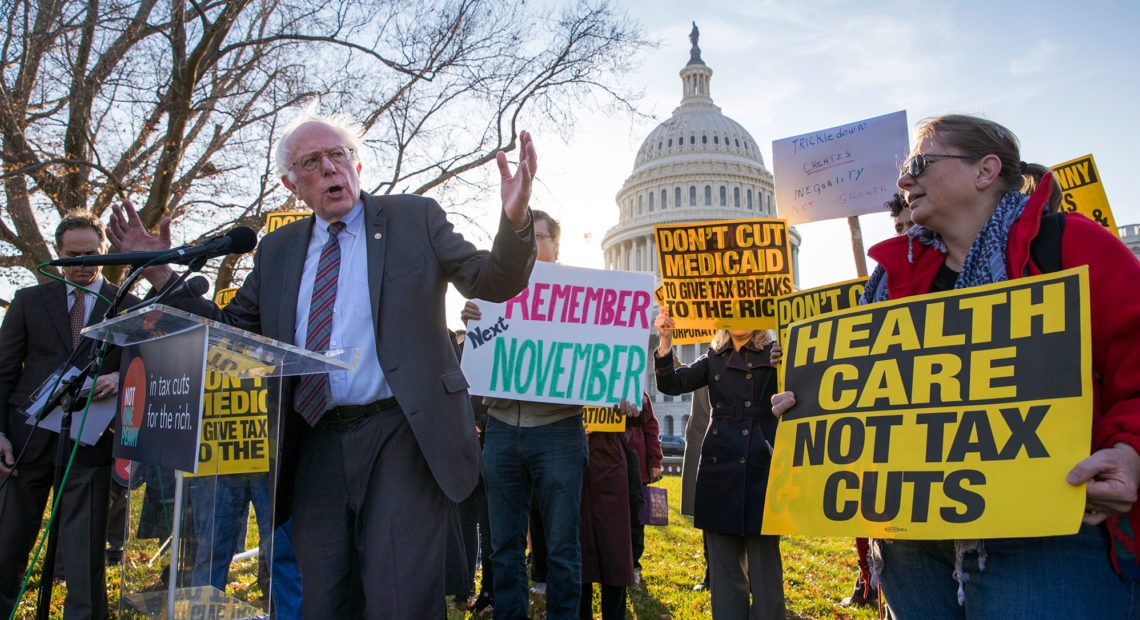 For Peter Cram, an American internist who spent most of his career practicing in Iowa City, Iowa, moving to Toronto in 2014 was an easy decision.

He says he is among a handful of American doctors who went north to practice in Canada’s single-payer system. Now he doesn’t worry about whether his patients can afford treatment. “Everyone gets a basic level of care,” he says, which lets him focus on their medical needs instead of their finances.

Cram treats his move as a sort of life-size experiment. As an American-trained physician and a health system researcher, he is now studying how the United States and Canada – neighbors with vastly different health systems – compare in terms of results. Does one do a better job of keeping people healthy?

For all the political talk, it’s in many ways still an unresolved question.”The Canadian system is not perfect,” Cram said over coffee in Toronto’s Kensington Market. “Anyone who gives you a sound bite and says this system should be adopted by [the U.S.] … I think they’re being almost disingenuous.”

Polls find that doctors and patients increasingly support single-payer, though the percentages in favor typically drop when questions are focused on paying for such a system.

In Canada, medical insurance is publicly funded. While covering everyone, Canada still spends far less on health care than the United States: just over 10 percent of its GDP, compared with the United States’ 16 percent.

To American advocates, Canada’s health system sounds like an answer to the United States’ challenges.

But in Toronto, experts and doctors say the United States would first have to address a fundamental difference. In Canada, health care is a right. Do American lawmakers agree?

“The U.S. needs to get on with the rest of the world and get an answer on that issue before it answers others,” said Dr. Robert Reid, a health quality researcher at the University of Toronto, who has practiced medicine in Seattle.

It’s an obvious disconnect, said Dr. Emily Queenan, a family doctor now practicing in rural Ontario. Queenan, 41, grew up in the United States and did her residency in Rochester, N.Y. In 2014, after five years of frustrating battles with insurance companies over her patients’ coverage, she found herself asking, why not Canada?

She moved north. Gone, she said, are the reams of insurance paperwork she faced in America. Her patients don’t worry about affording treatment. “We have here a shared value that we all deserve access to health care,” said Queenan. “That’s something I never saw in the States.”

Canadian doctors may earn less than do their American counterparts: A 2011 paper published in the journal Health Affairs found that primary care doctors and surgeons alike make more in the United States than in most other western countries. That’s in part because, overall, American doctors charged more for each service they provide, and in part because they performed more of them.

Critics argue that’s a sign of American inefficiency in paying for health care.

The fee gap is greatest for surgeons. Family doctors in Canada appear to charge similar amounts to their American counterparts.

Meanwhile, the doctors interviewed for this story — internists and family doctors – said they didn’t experience any real change in their standard of living when moving north.

Sanders has pushed the single-payer discussion with a “Medicare-for-All” bill in Congress and in a visit to Toronto this fall. It was part fact-finding mission and part publicity tour. On that trip, doctors, hospital leaders and patients painted a rosy picture of Canada as a place where everyone gets top-notch care, with no worries about its cost to them.

“They have managed to provide health care to every man, woman and child without any out-of-pocket cost,” Sanders told reporters on the ground floor of Toronto General Hospital.

The reality is more complicated.

While progressives tout Canada for efficiently providing universal health care, the Commonwealth Fund puts it just two spots above the United States — which ranks last among 11 developed countries— in the group’s health system assessment. Canada still has room to improve in timeliness, health outcomes and equitable access to care.

“If you deny there are trade-offs, I think you’re living in wonderland,” Cram said.

In Canada, everyone gets the same, government-provided coverage. Provinces use federal guidelines to decide what’s covered, and there’s no cost sharing by patients.

“Come to our waiting room,” said Dr. Tara Kiran, a family doctor at St. Michael’s Hospital, in Toronto. “You will see people who are doctors or lawyers alongside people who are homeless or new immigrants. People with mental health issues or addiction issues together with people who don’t.”

But that insurance — which accounts for 70 percent of health spending in Canada —addresses only hospitals and doctors. Prescription medications, dentists, eye doctors and even some specialists aren’t covered. Most Canadians get additional private insurance to cover those.

In countries such as Britain or Germany, people can opt out to buy private insurance. Canada prohibits private insurers from offering plans that compete with the government, a restriction some doctors are suing to lift.

In Canada, the debate focuses more on bringing down health spending. Canada’s provinces put, on average, 38 percent of their budgets into health care, according to a 2016 report from the Canadian Institute for Health Information, a nonprofit organization. Canada’s single-payer system is supported by a combination of federal and provincial funds, mostly raised through personal and corporate income taxes. (A few provinces charge premiums, which are based on income and collected with taxes.)

“We make improvements or change things only to have additional debates about other things. Those debates are constant, and they should be,” said the University of Toronto’s Reid. “[But] most of what you hear in the U.S. is back to the tenor of the insurance framework, whether [they] should have Obamacare or not.”

Taxes in Canada are generally higher than in the United States. But many here call that a concession worth making. “We can’t have what we have if we don’t pay the taxes,” said Brigida Fortuna, a 50-year-old Toronto resident and professional dog groomer, while on her way to a medical appointment.

That said, it’s not a perfect system. Canadian health care doesn’t cover prescriptions, physical therapy and psychotherapy. And there’s the concern that Canadians wait longer for health care than would Americans with robust health coverage.

There are cases, Reid said, when cancer care in Canada is delayed enough to yield health problems. Expat Cram pointed to research that suggests low-income people are likely to wait longer for medical care, which can result in worse health outcomes.

“We do have a two-tiered system,” he said. “Most know it. Few will admit it.”

But so far, it’s unclear how effective that’s been. A 2017 report from the nonprofit Canadian Institute for Health Information found that wait times had dropped for hip fracture repairs. But waits for, say, MRIs and cataract surgery have gotten worse. Depending on the province, the average wait for cataract removal ranged from 37 days to 148 days.

Many patients, though, said the waits were a trade-off they were willing to make. Toronto-based Nate Kreisworth, a 37-year-old music composer and producer, called it an obvious choice.

“You are not going to die because you’re waiting,” he said on a recent sunny morning while walking with his dog near Kensington Market. “Better wait times for everything? Sure, why not. But as long as the major issues are being covered, then I don’t think it’s really much of an issue.”

As Fortuna put it: “If you go for a headache and someone else is going to lose their arm, of course they’re going to take care of that person. I’m OK with that, because someday that could be me, too.”

Waits aren’t the only concern, though. There’s financing – and what it would cost for the United States to implement a system like Canada’s.

Because Americans have higher expectations about what a health plan should cover, it would be more expensive to adapt a Canadian approach, said Dr. Irfan Dhalla, an internist and health quality researcher in Toronto. And the quality may differ from what they are used to.

In Canada, “everyone gets Kmart care,” Cram said. “There’s no Neiman Marcus care.”

And there’s perhaps the bigger question: Experts don’t really know whether the Canadian system is an obvious improvement.

The research is limited, and not always recent. A 2006 paper suggests wealthy Canadians and Americans fare similarly, while poor Americans do worse. A 2007 paper found Americans more often liked their quality of health care. More recent research focuses on specific conditions – cystic fibrosis patients did better in Canada, while surgical outcomes were better in the United States. The Commonwealth Fund’s most recent ranking places Canadian health outcomes above America’s, but only two positions higher.

Even so, many Canadians said they couldn’t imagine living with an American system. It’s a question not just of efficiency, but of fairness. Kreisworth compared his experience to that of family members in the United States.

“I talk to my brother’s girlfriend who is a part-time worker who has no [health] benefits — who would just be sick and not go to the doctor because she couldn’t afford to pay,” he said. “I can’t imagine that here. It seems like — it’s so wrong. It just seems utterly wrong.”

Kaiser Health News (KHN) is a nonprofit news service covering health issues. It is an editorially independent program of the Kaiser Family Foundation that is not affiliated with Kaiser Permanente.