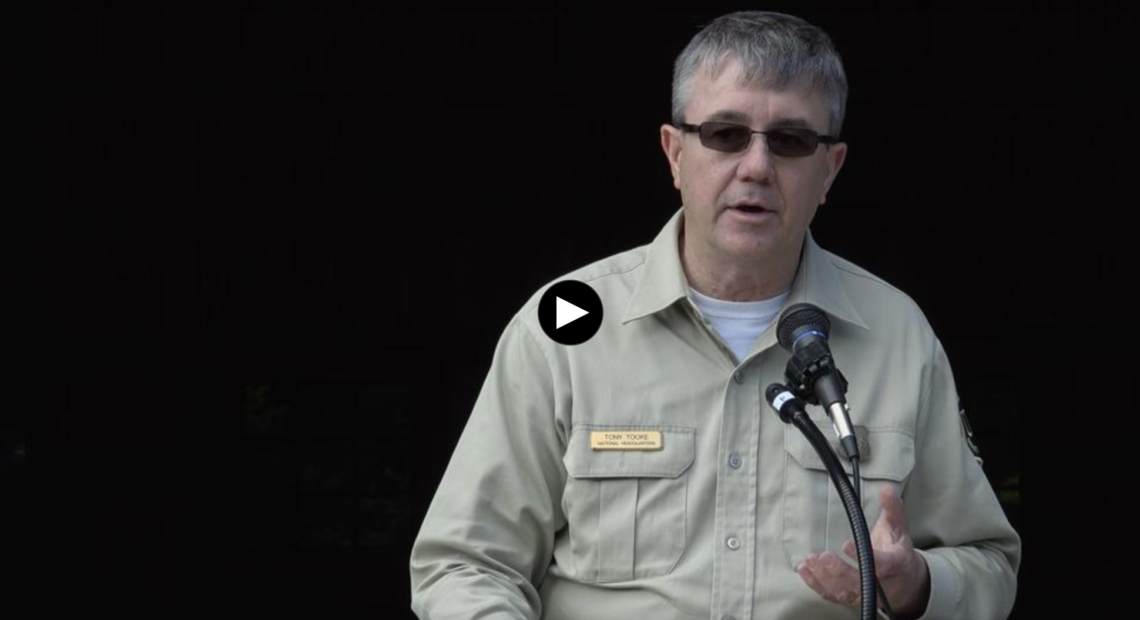 The U.S. Forest Service has confirmed that the United States Department of Agriculture, its parent agency, has “engaged an independent investigator” to look into complaints against Chief Tony Tooke.

News of this investigation comes as the Forest Service is dealing with allegations of a broader culture of harassment and retaliation within its ranks, as detailed in an investigation published by the PBS NewsHour this week.

In the course of reporting its investigation, the PBS NewsHour discovered allegations of sexual misconduct against Tooke, specifically relationships with his subordinates, before he became chief.

In a statement, Forest Service press officer Babete Anderson said the investigation would

“undertake a thorough review of [Tooke’s] conduct. We take very seriously the responsibility to promote a safe, respectful and rewarding work environment for all employees.”

When asked about the allegations, Tooke said in an email: “I’m in support of this investigation, and I have fully cooperated from the start. I expect to be held to the same standards as every other Forest Service employee.”

In an email to employees responding to the NewsHour’s original report, a spokesman from Tooke’s office said: “The stories the Forest Service employees shared during the PBS NewsHour piece are important to hear, difficult and heart-wrenching as they may be. Stories like these, which have come to light over the past few years, have underscored that there are elements of sexual harassment in the Forest Service that have existed and continue today.”

It continues: “While we have taken significant actions over the past several years to address sexual harassment in the Forest Service, we acknowledge that we have more work to do. These are critical issues that the Forest Service must continue to take on to increase our efforts to protect our fellow employees so they know they can speak up and speak out, without any fear of retaliation or reprisal. We continue to consult with outside experts and focus internal resources to help us better support victims of harassment during investigations. Victims must know that there will be accountability for persons who engage in sexual harassment and reprisal. We are committed to our duty to create a workplace that is respectful, rewarding, and above all, a safe place for all employees. The Forest Service is committed to permanently changing our culture to create the workplace we all deserve”

The statement, from Dan Jiron, acting deputy undersecretary for natural resources and the environment, did not mention Tooke.

After the NewsHour team reported on those allegations this week, more than 45 women and men also came forward with their own stories about the agency.

Now to the latest on our exclusive investigation about sexual harassment and retaliation in the U.S. Forest Service.

Last night, William Brangham and our team reported on allegations of misconduct we have heard from women across the country. The report also included stories of sexual assault.

We have a closer look tonight at some of the retaliation these women faced over the years.

But, first, we have new information about complaints that allegedly reach all the way to the top of the agency.

So, William, tell us more about these new allegations.
William Brangham:

The allegations pertain to the very head of the Forest Service, a man named Tony Tooke. And the allegations, these are ones that we heard throughout the course of our reporting.

There were allegations of sexual misconduct committed by him when he wasn’t the chief, earlier. And they involved relations with subordinates is the complaint we heard. Apparently — we have asked about this many times in the Forest Service.

And very early this week, they said, Tony Tooke has a perfectly fine employment record. That’s all that they’d say about this. After our stories aired last night, however, online and on the broadcast, we got a new statement from the Forest Service saying, in fact, an investigation into these complaints was under way.
Judy Woodruff:

So they are looking into this now?
William Brangham:

In fact, we also heard from Tony Tooke himself this evening, and he said that he’s cooperating with the investigation, he supports it and he hopes to be treated in the same standard as any other Forest Service employee.
Judy Woodruff:

So, thinking back to the reporting last night, you laid out so clearly the kinds of harassment and, as we said, assault that these women have been subjected to.

It is such a hostile environment. Why do these women go into the Forest Service in the first place?
William Brangham:

They love the work. Honestly, every woman we talked to loved the idea of the forest, they love the mission of the Forest Service.

These are incredibly strong women. They’re athletic. They love the challenge. They love working outdoors. They love fighting fires and axes and chain saws. I mean, there’s a lot of real sense of mission in the work that they do.

But the environment that they work in is a very touch environment. It’s a macho, male-dominated field. And if you had to create an environment that was sort of a ripe breeding ground for harassment, this is kind of it. You are far away from civilization. There’s no human resources office nearby when you’re fighting a fire.

It’s a tough environment to work in. And we talked — we heard this from a lot of different women. In fact, one of the women we spoke with in our reporting is a woman named Jonel Wagoner. She’s part of a class-action complaint that is being made against the Forest Service alleging gender discrimination.

And she, in our interview, gave a very good description of what it’s like to be a woman in the Forest Service.
Jonel Wagoner:

They dropped trees on my head. They put rocks in my pack. They destroyed my lunch. They did everything possible to wash me out.
Judy Woodruff:

The women you talked to, William, you told us, were fearful of speaking out. It was really hard for them to do. How did they overcome that? And you heard that a lot.
William Brangham:

The fear was — in almost every single person we talked to, people were very reluctant to speak out.

In fact, one of our colleagues had talked with a woman for a very long time on the telephone. She then called back later and said, please destroy the notes of my conversation, for fear that they’d somehow get out.

One woman told us that after she reported retaliation, she had to go to the hospital. She was having what she felt like a nervous breakdown in response.

So, this was a very common thing that we heard.

One woman we talked to named Darla Bush, she is also a part of this class-action complaint. She said that, when she got pregnant — she was a very senior firefighter herself in the field. She gets pregnant with twins, and her supervisor tells her immediately, you’re useless, you’re useless to the Forest Service.

Let’s take a look at what she had to say.
Darla Bush:

Once you say something, there’s no shutting that door, and you get a target on your back, has been my experience.

If you open your mouth and you speak up in regards to your standards or what should be right or wrong, there’s no going back.
William Brangham:

In fact, last night, after our program aired, we have put a tip line on our Web site. It’s [email protected] People can send us e-mails.

But, at the same time, it’s clear some women have felt they have to speak out. They have had the courage to do that. They think it’s important.

What is that is driving them? Is it the MeToo movement? Something else?
William Brangham:

I think the MeToo movement absolutely has something to do this, especially for younger members of the Forest Service.

You see all these women in all these other industries coming out and talking about this, and that’s infectious. I think also, culturally, we’re just going through this moment where we’re realizing that this kind of behavior is just not acceptable.

That said, there are a lot of older women in the Forest Service who have been arguing and complaining publicly about this for years. And they are a little irritated that only now is the media starting to pay attention to it.

In fact, there’s a woman named Darlene Hall that we spoke to. Again, she’s also in this class-action complaint.

Here’s how she described this sort of retaliation.
Darlene Hall:

This has been going on so long, and it’s getting so big and so deep, that it’s not going to go away, and it’s about time that it gets out there, and so people are held accountable, because they haven’t for years all the way up to the top.

And if we didn’t stand up, I would hope that other people would stand up, because they’re destroying a lot of people, a lot of good people.
Judy Woodruff:

So, William, you and your team throughout this process have been trying to get comments, reaction from the Forest Service. It’s been very difficult to do that until just the last couple of days, and just now.
William Brangham:

Throughout the entire process, Judy, we asked the Forest Service, give us someone on camera to talk with us about this. They wouldn’t provide anyone. Nobody would talk with us on camera.

Off camera, an official said to us, we understand this is a problem, we are trying to fix it, we have set up a tip line where employees can call the Forest Service and make complaints.

They’re trying to standardize anti-harassment training for every employee.

So, until tonight, though, we didn’t get a formal statement from them, which we just did as we went to air.

This is an excerpt of what they had to say.

“The stories the Forest Service employees shared during the ‘PBS NewsHour’ piece are important to hear, difficult and heart-wrenching as they may be. Stories like these have underscored that there are elements of sexual harassment in the Forest Service that have existed and continue today. We acknowledge that we have more work to do. The Forest Service is committed to permanently changing our culture to create the workplace we all deserve.”

So, that’s part of the statement from the Forest Service. We will post their entire statement on our Web site.
Judy Woodruff:

And I know you and your colleagues are going to continue to keep an eye on all of this.