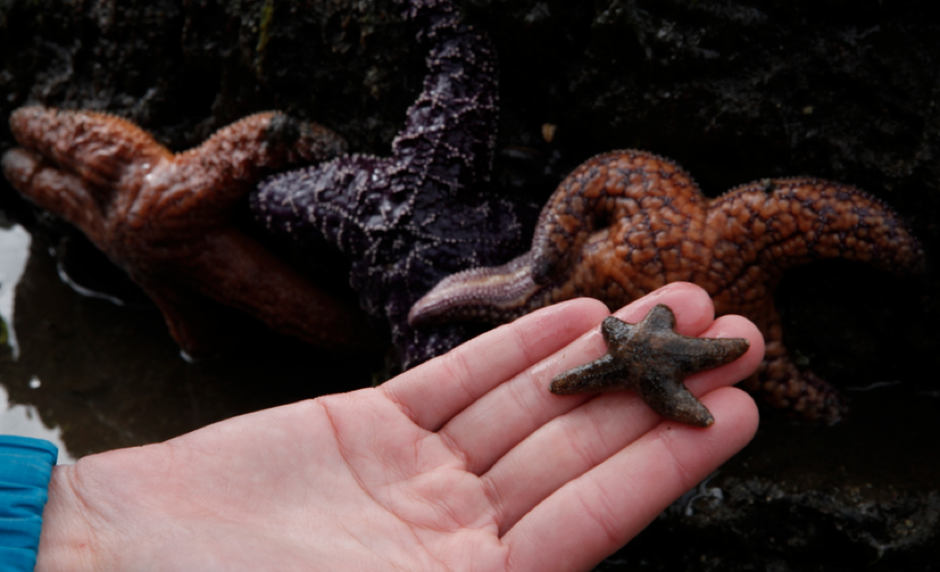 Scientists say a starfish populations are recovering from a devastating die-off with help from a massive baby boom.

A wasting disease in 2014 took an unprecedented toll on sea stars up and down the West Coast.

It nearly wiped out the populations of starfish ecologist Bruce Menge has studied for decades with Oregon State University.

Then the babies started coming.

“To find one of these tiny sea stars was always sort of an exciting event because it was so rare,” Menge said. “But in the spring and summer of 2015, most sites had lots of tiny little sea stars.”

At one site, he counted hundreds of baby starfish in an area no bigger than his handprint. Now, those babies are getting bigger.

“The babies have grown into juveniles and continue to grow at actually a pretty fast rate,” he said. “When the animals mature to adulthood, chances are the numbers will actually be higher than they were before the disease.”

Menge said he still sees signs of the wasting disease in adult starfish, but it’s much less common than before.

New research suggests the new sea star populations may be evolving to promote genetic resistance to the virus causing the wasting disease.

“Most of the babies seem to have survived, so maybe there was selection at the stage of the larvae,” Menge said. “The ones that settled and survived were the ones that were resistant.”

Researchers still can’t explain exactly what caused the massive die-off, though they think it could be linked to climate change.

“These are things we’ve never seen in multiple decades of research,” Menge said. “This recovery we think we’re seeing is very helpful, but you’re always a little worried because suddenly the system seems much more variable than it was before.”