Washington Gov. Jay Inslee has raised more than $112,000 since October for a federal political action committee (PAC) that will allow him to explore a possible run for president in 2020, something the two-term Democrat said he’s actively considering and will decide by April.

“I’m leaning to doing the right decision, and what that decision is we’re now thinking about, listening to people and looking at doing our due diligence to determine the right approach,” Inslee said in a 30 minute phone interview this week with the public radio Northwest News Network and The Seattle Times. However, he emphasized: “I am not a candidate right now.”

Inslee, who stepped down last weekend as chair of the Democratic Governors Association (DGA), said he met last week in California with climate activist and billionaire Tom Steyer, who has also been mentioned as a possible presidential candidate, and whose group NextGen America targets younger voters.

“Yes, I had a good talk with Tom,” Inslee said without providing details from the meeting.

Inslee said he has not spoken with former President Barack Obama, but that he hopes to “at some point.” Last month, Texas Congressman Beto O’Rourke met with Obama, adding to speculation that he is gearing up for a run for president despite his recent loss to U.S. Sen. Ted Cruz.

In coming months, Inslee said he may travel to early voting states like Iowa, New Hampshire, Nevada and South Carolina as he tests the waters for a presidential bid.

“It will not shock you that if I’m traveling, it will be to early primary states as a priority,” Inslee said, adding that he has no immediate plans on his schedule.

On Thursday, Rep. Jim Walsh, Republican from Aberdeen, pre-filed a bill for the 2019 legislative session to limit taxpayer money to pay for Inslee’s security detail to travel with him on campaign-related trips.

A recent report by the Northwest News Network and the Seattle Times found that Inslee’s travels as Democratic Governors Association chair put a strain on the budget of the Washington State Patrol unit that protects him and First Lady Trudi Inslee. The state patrol has requested an additional $1.3 million in the next two-year budget to pay for an additional trooper and overtime costs. The budget request anticipates that Inslee’s travel will increase, not decrease, over the next two years.

The Walsh bill is unlikely to advance unless it gains support from Democrats who will control both chambers of the Legislature.

Asked about the cost to taxpayers to protect him when traveling for political purposes, Inslee said: “We’ll follow the law and the law is that the state is, I believe, legally obligated to provide protection for the governor wherever he goes.”

Typically two troopers accompany Inslee when he travels out of state.

If Inslee decides to run for president, he said he will prioritize combating climate change, which has become his signature issue.

“We have to act now, there is no acting tomorrow, this is a today emergency, if you will, and it’s doubly so because we have a climate denier in the White House,” Inslee said referring to President Donald Trump, who has signaled plans to withdraw from the Paris climate treaty and is rolling back environmental regulations put in place during the Obama administration.

This week, climate scientists described a sudden rise in global greenhouse gas emissions as a “speeding freight train” and warned that significant consequences of global warning could be little more than a decade away.

Inslee plans to unveil a series of new state-level policies next week to address climate change. Inslee wouldn’t discuss details in the interview, but he did signal a move away from trying to put a price on carbon following the defeat in November of Initiative 1631. The initiative, backed by labor and environmental groups, would have imposed a per-ton fee on carbon emissions from the largest polluters, including oil refineries. Nearly 56 percent of voters rejected the measure.

Undeterred by that defeat, and his inability to pass a carbon tax measure in the Legislature in recent years, Inslee said there are “multiple tools” beyond carbon pricing that could be employed to combat carbon emissions.

But Inslee said climate change would represent just one leg of a three-legged stool for his potential candidacy. Another leg of that stool is an approach to the economy that he has dubbed the “Washington Way.”

Inslee noted that Washington ranks high as a good place to do business and a good place to be a worker. “That’s a very unique accomplishment, and I think it’s a template for economic growth for the United States,” Inslee said.

In recent years, Washington state adopted a higher minimum wage, as well as legislation dealing with equal pay and paid family and medical leave. Soon, the state will require more employers to pay overtime. At the same time, Washington’s economy has continued to expand at a rapid pace and the state’s unemployment rate has reached an all-time low.

Nonetheless, Republicans and the business community frequently criticize Inslee for his policies and note that Washington has high workers’ compensation and unemployment insurance costs. Last January, the Association of Washington Business warned that Inslee’s efforts to price carbon would cost jobs and hurt the economy.

“Those additional costs would also further erode the state’s global competitiveness, possibly moving jobs and industries to locations outside of Washington, or even the U.S., without a carbon tax and the stringent environmental protections our state has in place,” the business association said in a press release.

Inslee critics also point to the state’s track record on mental health, including the recent loss of federal accreditation at Western State Hospital which is costing the state $53 million a year in federal funding. Next week, as part of his budget rollout, Inslee will release a plan to address the state’s mental health crisis. Previously, he has called for moving all civil commitment patients out of the state’s hospitals.

In a statement Thursday, Caleb Heimlich. Washington State Republican Party chairman, responded to reports that Inslee is inching closer toward a presidential run.

“Inslee has no signature accomplishments,” Heimlich said. “He’s a talker who is more focused on public posturing than fixing the problems that he and fellow Democrats have caused here in Washington state.”

Inslee, though, is prepared to sell himself to a national audience as a principled leader with a “depth of conviction that’s not swayed by my own political interests.”

Asked about his lack of foreign policy experience, Inslee points to his vote against the Iraq War while a member of Congress in 2002.

“I had the judgment, the foresight, the understanding to stand four square against it early and forcefully and judgment counts in foreign policy,” Inslee said.

If he does run for president, Inslee faces a potentially crowded Democratic field with higher profile candidates, as well as competition from fellow Westerners like Oregon Sen. Jeff Merkley, California Sen. Kamala Harris, Colorado Gov. John Hickenlooper and Montana Gov. Steve Bullock. But Inslee is undeterred, noting that two of the four former presidents in attendance at Wednesday’s memorial for President George H.W. Bush, Jimmy Carter and Bill Clinton, were both unknown governors when they launched their longshot campaigns.

“This is a wide open field, no one has a lock on this, no one has a total crystal ball as to what the nation wants,” Inslee said. “I’ve expressed a vision that is based on both a present recognition of an existential threat to our nation and a track record of economic success and vitality that is based on policies that we know work because I’ve done it.”

Inslee also pointed to his success as chair of the governors association. Democrats in November picked up seven governorships, including five in Midwestern states, including Wisconsin and Michigan. Inslee said that proves that Democrats can still win “in the heartland” despite Trump’s win in 2016.

“That is very important in my view for the future of the Democratic Party to demonstrate the capability of winning voters who have economic anxieties, and we did that,” Inslee said referring to last month’s election.

In the interview, Inslee said he had not seriously considered running for president until the last year or so. He acknowledged that Trump was a galvanizing force.

“That has sharpened my focus on what is necessary to protect my grandchildren and our country so, yes, it has increased my willingness to potentially enjoy the rigors of a presidential campaign,” said Inslee, who is 67.

Early donors to Inslee’s federal Vision PAC include Amazon general counsel David Zapolsky, travel guru Rick Steves and the Swinomish Tribe, according to a report filed Thursday with the Federal Election Commission. The maximum contribution allowed is $5,000 per person.

Inslee, who has not ruled out a run for a third term as governor, said that even if he doesn’t run, he intends to use his PAC to make climate change a “front-and-center issue” for the 2020 presidential race. 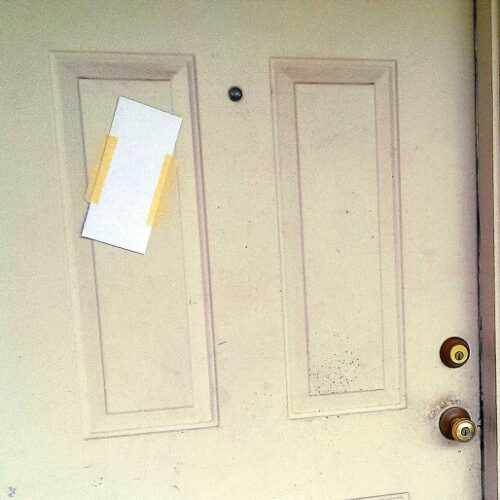 Renters who are behind on their rent in Washington will get a few more months of protection from eviction. On Thursday, Gov. Jay Inslee announced a new eviction moratorium that will run through September 30. The current moratorium expires June 30 — the same day the state is set to fully reopen. Continue Reading Governor Issues Newly Revamped Washington Eviction Moratorium Until September 30