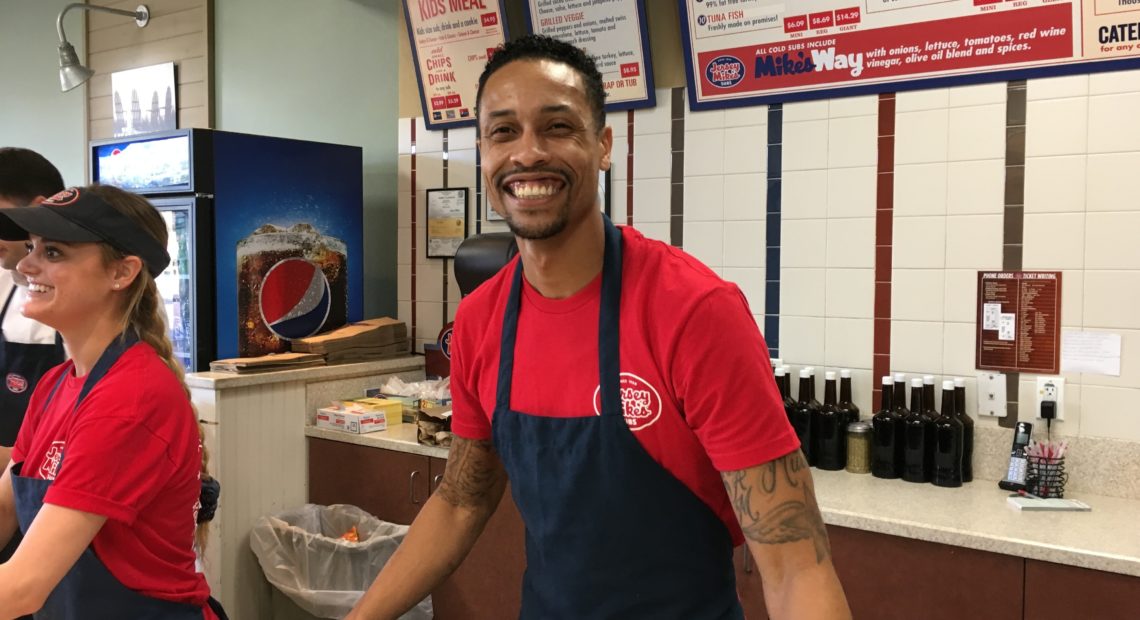 After The Thousand Oaks Shooting, A Community-Wide Effort To Memorialize And Heal

PHOTO: Manager Brian Murray of Jersey Mike’s in Thousand Oaks, Calif. The store donated one half of a day’s proceeds to a fund for the families of victims of the Borderline Bar & Grill shooting. CREDIT: Ina Jaffe/NPR

When a gunman in Thousand Oaks, Calif., killed a dozen people at a bar last month, there was no time to grieve. Within 24 hours, the city was battling two wildfires and most of its residents evacuated. Now, they’ve returned and are trying to make up for lost time, with dozens of events to remember the victims and raise money for their families

No place in Thousand Oaks seems untouched by the shooting at the Borderline Bar & Grill, even a strip mall sandwich shop like Jersey Mike’s. The store donated half a day’s proceeds to a fund for the families of the victims. Manager Brian Murray doesn’t see this place as just some franchise chain store. He feels that it’s part of the community.

“I know pretty much all my customers that come in here by first name, by their sandwich, and you know, I wanted to do my part,” says Murray.

That’s because he can see that his customers are hurting. “I’ve seen people come through the line crying about their friends who were…,” he pauses, unable to say words like ‘killed’ or ‘murdered.’ He settles for “their friends who passed.” And he’s seen that “the next person [in line] is picking them up.” He sees his role as making sure “that they eat and just feel better looking forward.”

Food may be more nurturing than getting zapped with an inky needle, but Dire Wolf Tattoo and Fine Art was packed during their benefit for shooting victims’ families, says owner Jeff Johnson.

“It started out really chaotic,” says Johnson. Half an hour before their usual opening “there was like 10 [to] 15 people standing in the rain out in front of the shop. So we opened the doors early and we were cranking all day long,” and well into the night.

“I had brothers that worked there as bouncers and sisters that work there as bartenders,” Johnson said. “And when it happened, it just seemed like a really good opportunity to drop everything and do a day when we can give something back to the community here.”

The shooting also hit close to home at Rock City Studios, a performance hall and music school in the nearby city of Camarillo. Co-owner Ann DeMartini says that several people who work there knew someone who was killed at the Borderline. 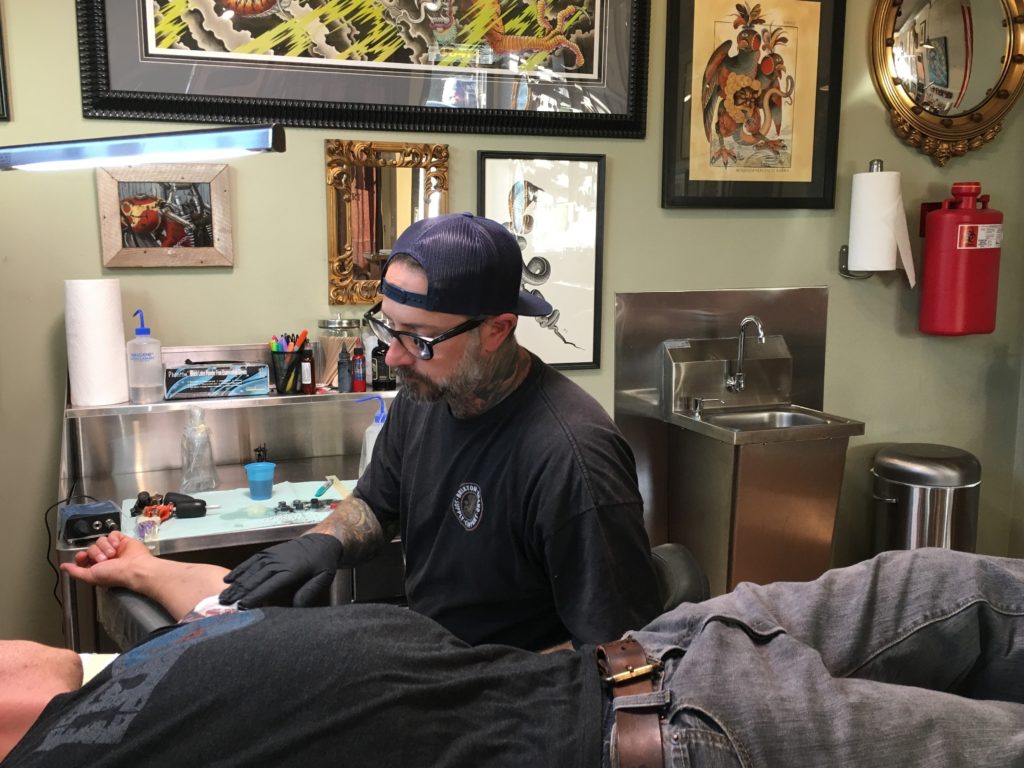 So there was no question that Rock City would host a benefit for victims’ families. Tickets to hear the live music and proceeds from a silent auction raised about 30 thousand dollars. Rock City Studios also held a benefit last year for people affected by the shooting at the concert in Las Vegas. More recently, they helped people who lost their homes in the wildfires. For DeMartini, the heartbreaks are just coming too fast.

“We need more love and joy in the world,” she says. “There’s not enough. It just seems like there’s something missing lately.”

Since the shooting there’ve been more than 70 events — memorials, vigils, and fundraisers — in the Thousand Oaks area. Hundreds of thousands of dollars have been raised to help families with funeral costs and other needs. A calendar of events has been posted on the website of the Borderline Bar & Grill. Brian Hynes, the owner, said that’s something his staff put together.

“We just feel like anything that’s going on near the community, if people need to get out or cope or talk to somebody, we want to make sure they know all these events are going on,” Hynes explained.

Hynes spoke outside of yet another benefit — this one at a Mexican restaurant in Camarillo — where he’d stopped to say thank you. Inside, there was food, cocktails, live music and dancing. It seemed like a party. But Hynes said events like this accomplish so much more.

“This helps everybody heal,” he said. “It helps me heal and me to get through it myself.”

There are more memorials and fundraisers coming up. The Borderline Bar & Grill is sponsoring a benefit in January. It will be held at another venue, though — the bar has been closed since the shooting and Hynes hasn’t decided yet if it will open again.