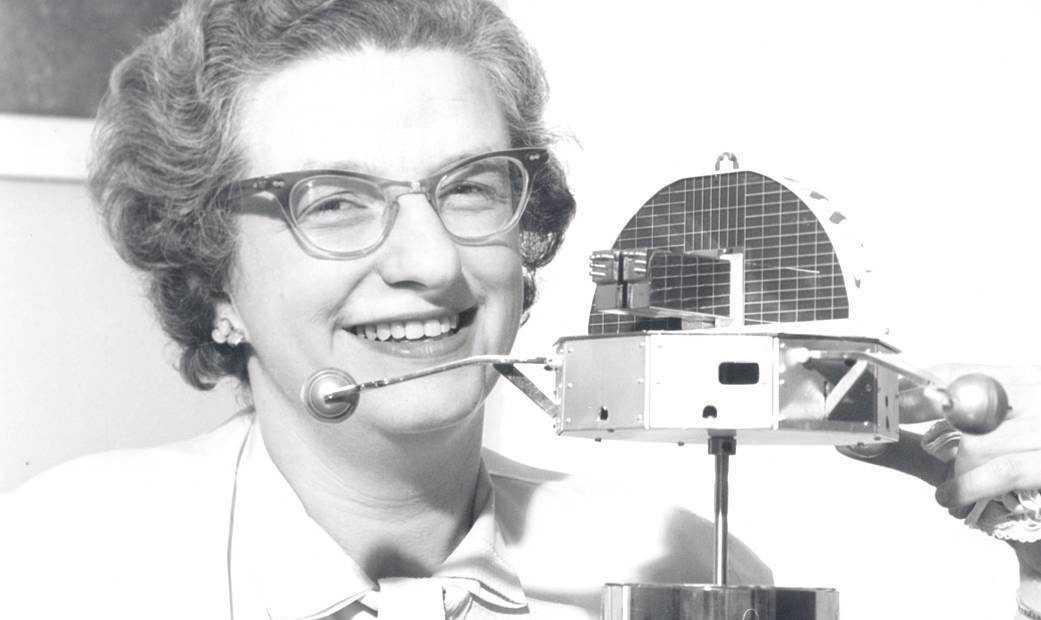 PHOTO: Astronomer Nancy Grace Roman, known as the “Mother” of Hubble, died at 93. Courtesy of NASA

When Nancy Grace Roman was a child, her favorite object to draw was the moon.

Her mother used to take her on walks under the nighttime sky and show her constellations, or point out the colorful swirls of the aurora. Roman loved to look up at the stars and imagine.

Eventually, her passion for stargazing blossomed into a career as a renowned astronomer. Roman was one of the first female executives at NASA, where she served as the agency’s first chief of astronomy.

Known as the “Mother of Hubble,” for her role in making the Hubble Space Telescope a reality, Roman worked at NASA for nearly two decades. She died on Dec. 25 at the age of 93.

Roman fought to earn her place in a field dominated by men, paving the path for future female scientists. She was born in Nashville, Tenn. in 1925 and organized an astronomy club in fifth grade. She attended high school in Baltimore, where she requested to take a second year of algebra instead of a fifth year of Latin.

When she made the appeal, she recounted in a 2017 interview with NPR that the guidance counselor wasn’t supportive of her dream to become a scientist.

“She looked down her nose at me and sneered. What lady would take mathematics instead of Latin?”

Roman went on to get a bachelor’s degree from Swarthmore College in Pennsylvania in 1946 and a doctorate from the University of Chicago in 1949, both in astronomy. After working at the Naval Research Laboratory, she then joined NASA in 1959.

“NASA was a whole six months old and it was a great place to work at that time,” Roman said in her 2017 interview. “Everybody was gung ho.”

From the get-go, Roman promoted space-based astronomy, where instrumentation is based in space unlike traditional ground-based astronomy equipment, such as telescopes. The reason behind this push is that looking through the Earth’s atmosphere blurs or lessens the quality of the observation.

But, convincing ground-based astronomers that space astronomy was worth it wasn’t easy, according to David DeVorkin, senior curator of the National Air and Space Museum.

“She had that very, very large egalitarian view of how to make space astronomy part of astronomy and I think that is a very important legacy,” he said. 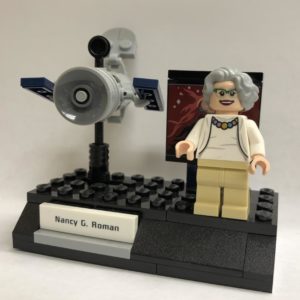 Lego honored Astronomer Nancy Grace Roman by including her figurine, shown next to the Hubble Space Telescope, in a set of groundbreaking NASA women. CREDIT: Russell Lewis/NPR

Because of the Hubble Space Telescope, scientists have been able to collect data and gain insight into even the most remote galaxies of the universe. The success of the project led to future space telescopes.

Roman’s work, however, reached far beyond just the Hubble Space Telescope. In an interview with NASA, Roman once stated that one of the highlights of her career was when she discovered the first indication that common stars were not all the same age.

Roman retired from NASA in 1979, but her work earned her the Women in Aerospace Lifetime Achievement Award and the NASA Exceptional Scientific Achievement Award. She was given a special honor last year when she was highlighted in a Lego set of four groundbreaking women at NASA.

In the Lego set, her figurine stands next to a miniature Hubble Space Telescope — a replica of the instrument that brought the world dazzling images of the stars she had loved so well as a child.