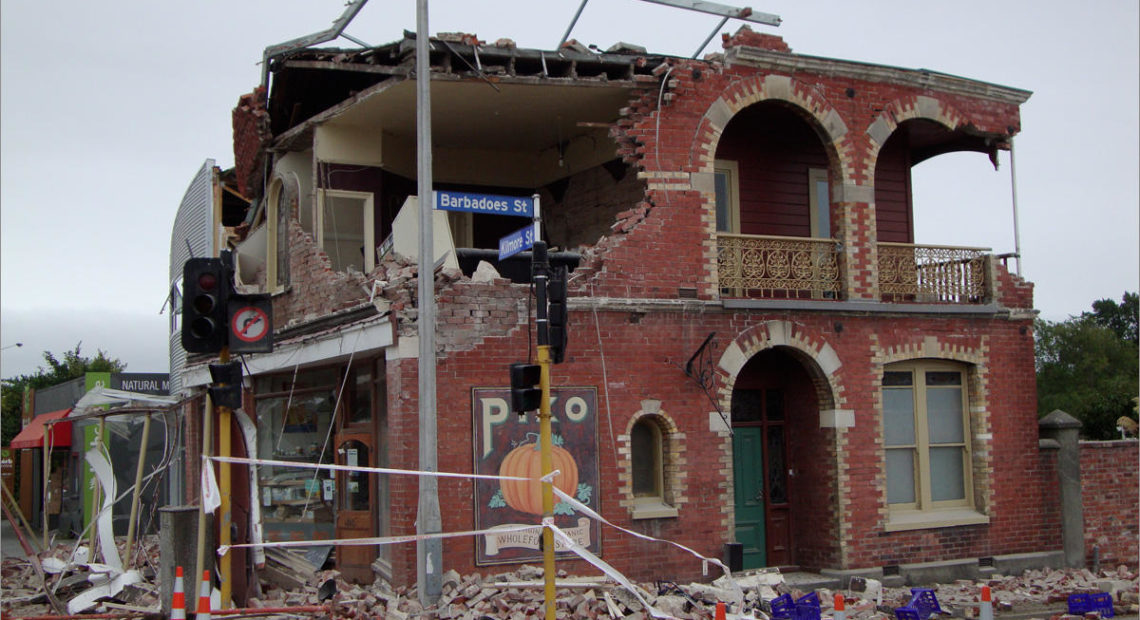 Bricks Could Rain Down On Your Head During The Next Major Quake. These Proposals Want To Fix That

Thousands of old brick, stone and concrete buildings in the Pacific Northwest could crumble in the next strong earthquake. To face that challenge, measures pending in the Oregon and Washington legislatures would set up grant programs to help owners of dangerous buildings make seismic safety upgrades.

Public matching money could tamp down some of the opposition from building owners to proposed mandatory retrofit rules in Portland and Seattle, although the pacifying effect could be limited by how much money is actually available to the private sector.

Brittle old buildings line main streets and historic districts from Ashland, Oregon, to Vancouver, B.C. The edifices under scrutiny include some schools, churches, mom-and-pop businesses and classic apartment buildings built before 1950 or so. In a major earthquake, structural engineers fear bricks could rain down on your head and walls could separate from roofs and floors.

Arend’s property, however, is on a city list of more than 1,650 unreinforced masonry buildings — URMs in insider lingo — that could be unsafe in a strong earthquake. Arend said she wants to strengthen her building’s roof, but the price of a full seismic retrofit is too much.

“For my building, it would cost between $1.5-$2 million to do the work. I can’t do that,” she said in an interview. “Even if I could get a loan — which I can’t because of the (URM) list — I wouldn’t be able to afford the debt service.”

Paralysis is where things stand now, she said. Banks won’t finance a partial retrofit and the full seismic strengthening is out of reach.

“No one in this debate takes the threat of an earthquake lightly,” said Commissioner Nick Fish during council debate on Wednesday. “However, our current mandate risks leading to significant demolitions of historic buildings and significant inequity, changing the very character of our city.” 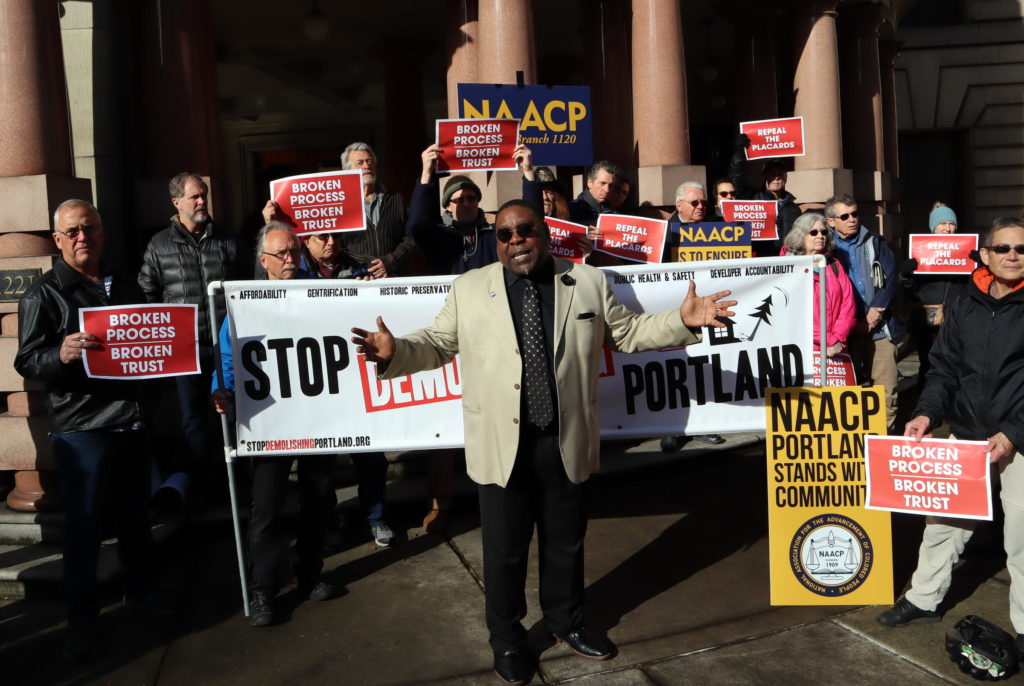 “An earthquake would be a terrible way to lose your home or business. No one wants that,” chimed in recently-elected Commissioner Jo Ann Hardesty. “But many Portlanders are also worried they will be displaced by economic forces long before the earthquake hits.”

Seismologists say the Pacific Northwest has entered the broad time window for the next rupture of the offshore Cascadia fault zone, also known as “The Big One.” The next earthquake could just as easily come from one of the many shallow, crustal faults that run underneath Seattle, Tacoma, Portland and other I-5 corridor cities.

“What’s clear to me is the days of hoping and praying it doesn’t happen in our lifetime need to come to an end,” Liias said in reference to the quake threat. “We need to begin getting serious about preparing our region for this event that will happen. If we do small things now, they will cost less than if we wait and have to do really expensive things in the future.” 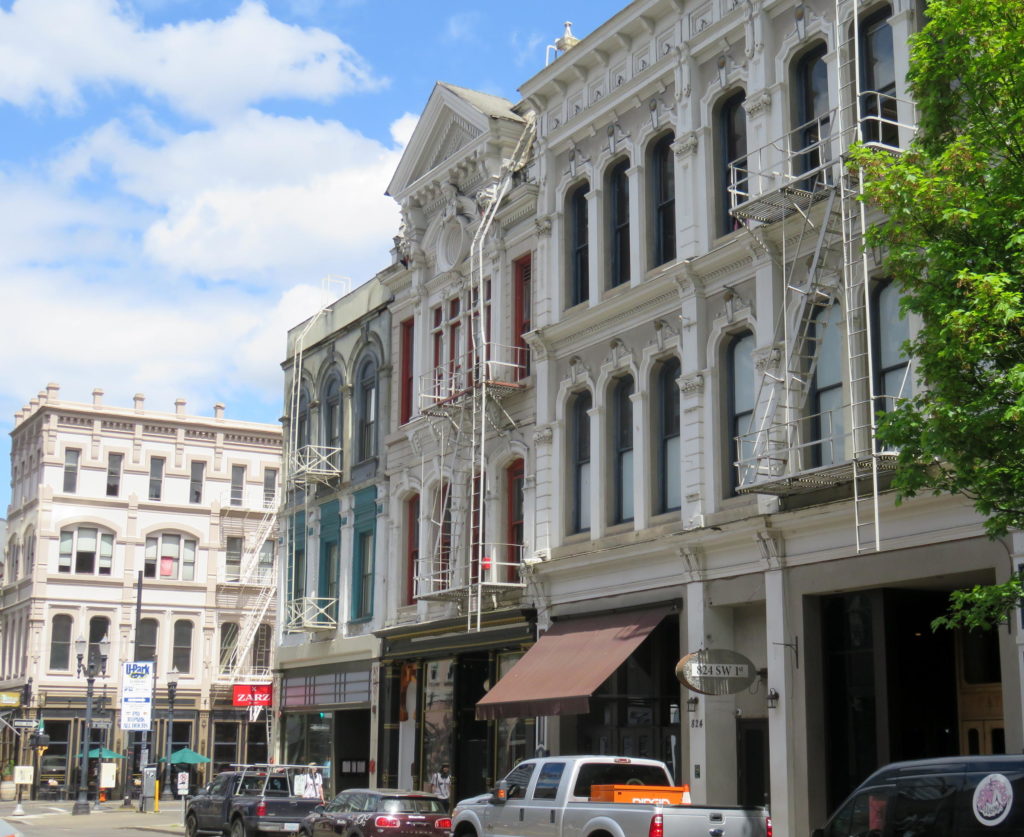 Portland has the highest concentration of unreinforced masonry buildings of any Pacific Northwest city. Seattle is close behind.
CREDIT TOM BANSE / N3

Similar legislation awaits a hearing in Salem. The Oregon version would cover up to 35 percent of retrofit costs. It prioritizes unreinforced buildings statewide owned by nonprofits.

In both cases, the proposed earthquake preparedness spending has to compete for tax dollars with many other priorities.

“I don’t know where all the money is going to come from,” said state Sen. Jim Honeyford, a Yakima Valley Republican. “We’re currently spending over half of the capital budget on education and this year we’re going to spend a bundle on mental health. So there’s always a new crisis.”

The Oregon legislation identifies a funding source for the earthquake retrofits, a $20 million bond issue to be repaid with Oregon Lottery profits. The sponsor in Washington state, Sen. Liias, wants to carve out a small slice of the state construction budget to get the ball rolling, perhaps in the one to three million dollar range.

“We’ll do a little bit at a time and say our prayers that the earthquake doesn’t come soon,” Liias said in an interview Thursday.

Now for a reality check: Even $20 million is just a drop in the bucket given the number of Oregon buildings needing retrofits.

The Washington State Department of Commerce estimated this month that it would take $100 million in grants to begin to have an impact on the earthquake risk posed by masonry buildings in the Evergreen State. In addition, for some buildings the cost of retrofit to current seismic code exceeds the value of the building or the cost of demolition and new construction.

Another type of incentive that the state or localities could offer is a property tax break. However, that could shift tax burden from commercial to residential taxpayers. A property tax break for building owners who make retrofits was the first thing stricken from Sen. Liias’ proposal in the 2019 Washington Legislature.

In 2017, the Oregon Legislature authorized cities and counties to give property tax exemptions to commercial and multi-family buildings that undergo seismic retrofits, but no county has taken advantage.