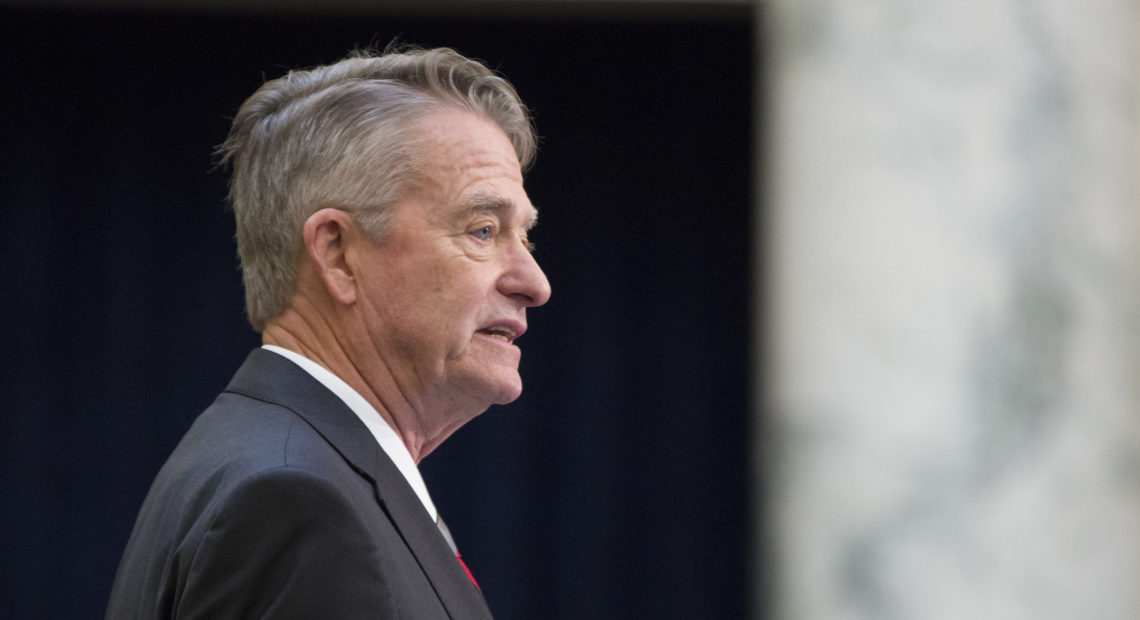 Idaho Gov. Brad Little Vetoes Bill That Would Have Made Ballot Initiatives Tougher

In a striking rebuke to the Idaho legislature, Gov. Brad Little (R) has “reluctantly” vetoed a bill that some say would’ve made it nearly impossible to get an initiative on the ballot.

Little also plans to veto a second, similar bill that would’ve loosened some of the original proposal’s restrictions.

“…I question the constitutional sufficiency of the bills and the unintended consequences of their passage,” Little wrote in a letter explaining his veto.

He says court challenges would “likely result in the Idaho initiative process being determined by the liberal Ninth Circuit Court of Appeals.”

At issue for many lawmakers were part of the bills that drastically cut the time groups had to collect signatures from 18 months to six or nine months. They’d also have to get nearly twice as many signatures from either 24 or 32 of Idaho’s 35 legislative districts, depending on the bill.

The ACLU of Idaho and others repeatedly testified that would violate the one-person, one-vote rule, because it would give rural areas outside influence in whether an initiative could get on the ballot.

But Little says he agrees with the goals of the two bills – supporters say they don’t want rural areas of the state being overlooked in the signature gathering process – and signaled he’d work with the legislature on similar issues in the future.

“I can’t wipe the smile off my face,” says Rebecca Schroeder, executive director of Reclaim Idaho, the group behind the recent successful Medicaid expansion initiative.

“Gov. Little, standing up, taking this kind of bold leadership to stand with the people, acknowledged the widespread, bi-partisan opposition to this,” Shroeder said.

Former Secretary of State Ben Ysursa, a Republican who had publicly called for the governor to issue a veto, called it a “defining moment” at the beginning of Little’s tenure.

Response from Republicans who had supported these bills was subdued.

In a statement, Majority Caucus Chair Megan Blanksma (R-Hammett) says she’s disappointed by the veto, but she agrees that she doesn’t want Idaho’s initiative rules to be put in place through a court order.

“I also agree that we cannot become like California, where their liberal initiative processes hamstring their government, resulting in excessive regulation and conflicting laws. Hopefully we can develop new legislation that will ensure that Idaho will avoid such a fate,” she said.

That door to crafting new legislation this session may have been left open.

Rep. Jason Monks (R-Nampa), the assistant majority leader, says it’s possible his caucus might be interested in drafting a bill before they adjourn for the year that would require campaigns gathering signatures for an initiative to submit a fiscal note.

“I don’t know if that’s going to have a lot of support for that right now, but the options are definitely open for us,” Monks said.

Another possibility mentioned by Sen. Jim Woodward (R-Sagle) in an email to the bills’ original sponsor says they could possibly ban paid signature gatherers – a practice that was consistently brought up as troublesome by supporters of the proposals.

“This might be a less controversial way to approach the problem next year,” Woodward wrote in March. He voted against both initiative restrictions bills brought this session.

Each bill passed by less than a two-thirds majority, meaning Little’s veto is unlikely to be overridden.