Students say not just anyone has what it takes to be an AMDT student.

“You have to have a drive and willing to do the work because it is a lot of work, but it’s fun,” said fashion show assistant stage manager, RobbiAnn Buendia.

“It has taken me over 450 hours since the first week of school to complete my entire collection,” said senior designer Madison Norman.

“It shows a lot of diversity, there’s a lot of collections, different styles,” said Buendia. “It’s kind of cool to see different perspectives and how all of our students kind of take what they think emerge is to them and portray it.”

Some senior designers feel all of their struggles over the years has molded them into the designers they are today. Others say their experience of becoming a designer has inspired them artistically and as an individual.

“It’s as though I’m, well all of the senior designers are kind of emerging from this cocoon of like we’ve been studying for four years, we’ve created many different garments for different classes,” said senior designer Jacqueline Sewell. “We’re kind of at this culminating point where we’re emerging per se from a chrysalis and becoming a butterfly.”

Students say they feel all of their hard work and nights of staying up late working on their designs after four years is finally paying off.

“I think it’s just going to be so rewarding,” said Sewell. “I’ll be able to sit there and recognize, wow all of the time that I spent, all of the days I did not sleep and time I forgot to eat because I was sowing, everything that I have done has been worth it and they’re beautiful people wearing my beautiful clothes and all’s right with the world.”

“I’m so excited for the show itself probably, I’m really excited to see everyone’s models all done up, going down the runway. I’m excited to see my humans just kind of work it and have fun,” said Norman.

Senior designer Madison Norman says she was inspired by an old French superstition called ‘Danse Macabre’ which means ‘The Dance of Death.’

“It focuses on the versatility of just death and life and everyone that no matter who you are, where you been, what you look like, the one thing that unites humanity as a whole as morbid as it may sound is that we’re born, we live and we die so you know embrace who you are,” said Norman.

Students say in fashion it’s okay not to follow norms and that is what makes them so passionate about being a designer; the ability to express themselves how they please.

“I’m not trying to go for some cookie cutter basic model that has always been traditionally used in the past,” said Norman. “I want everyone and anyone to feel that they can wear my clothing.”

More Murrow News Stories PULLMAN, WASH -This year’s presidential election was one of the most memorable and controversial elections this country has ever… Continue Reading Election Results 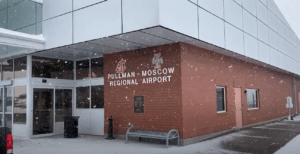 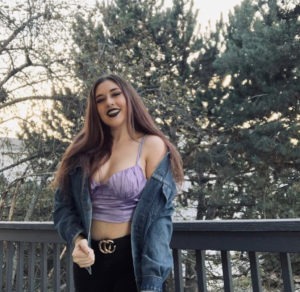 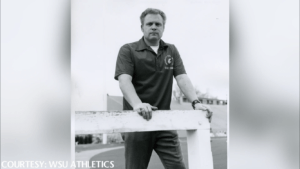