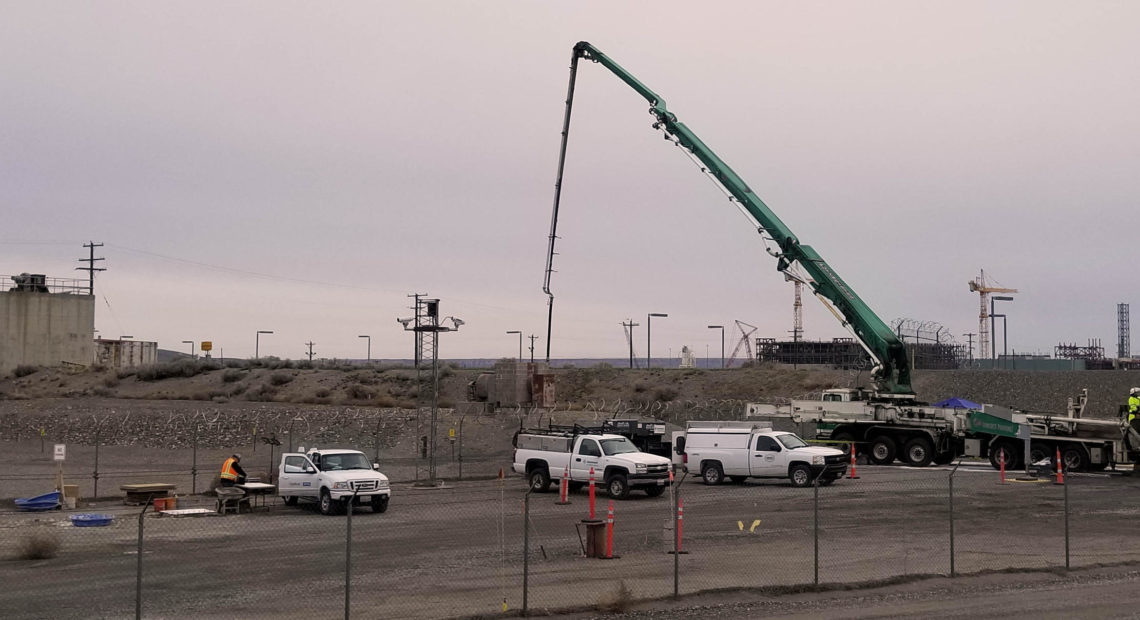 The project to stabilize and seal a large tunnel of radioactive waste has been completed at the Hanford nuclear reservation, according to the U.S. Department of Energy and its contractor.

The so-called Tunnel 2 project started in October 2018, at the massive Washington cleanup site near Richland.

Since then, contractors have poured grout nearly every day – only stopping for freezing conditions or heavy snow. Rough weather added up to about five weeks of lost time over the past winter.

This project to shore up the tunnel began because another tunnel, Tunnel 1, partially collapsed in May 2017. Hanford workers finished grouting that one closed in November 2017. But they feared the second tunnel might also be unstable.

Tunnel 2 is much larger than Tunnel 1. It’s nearly 1,700 feet long and filled with 28 rail cars contaminated with chemical and radioactive waste. Both tunnels consist mostly of large and failed equipment that was too radioactive to store elsewhere.

WATCH: How Did We Get To This Point?

Tunnel 2 had collapsed during initial construction, and weakened further since then. From 1966 through 1996, the tunnel was filled with train cars carrying radioactive-contaminated equipment. Then it was closed up. After Tunnel 1 collapsed, Department of Energy officials studied Tunnel 2, and deemed it unstable.

“We’ve reduced the risk for the public, and we’ve kept the workers safe and sent them home to their significant others in the same shape they came to work in,” Wright said. “It’s been one of the more successful jobs that I’ve seen in a long time, and I’m very proud of these people.”

To stabilize and seal Tunnel 2, Hanford workers poured about 40,000 yards – about 4,000 truckloads – of grout into the long tunnel. Contractors said they had to work slowly when they neared the top to avoid overfilling the tunnel.

In public meetings and letters, people worried that using so much grout meant that the two tunnels would become a permanent radioactive tomb just eight feet under the surface. The Yakama Nation worry expressed in letters over whether different types of radioactive wastes could be separated after grouting, and disposed safely for the long term.

But federal contractors said the grout and radioactive equipment could be removed in the future.

Tunnel 2 now appears to be a high and long dirt berm. There are even desert plants growing on top.

Hanford officials will perform safety checks on the tunnels about once a year.