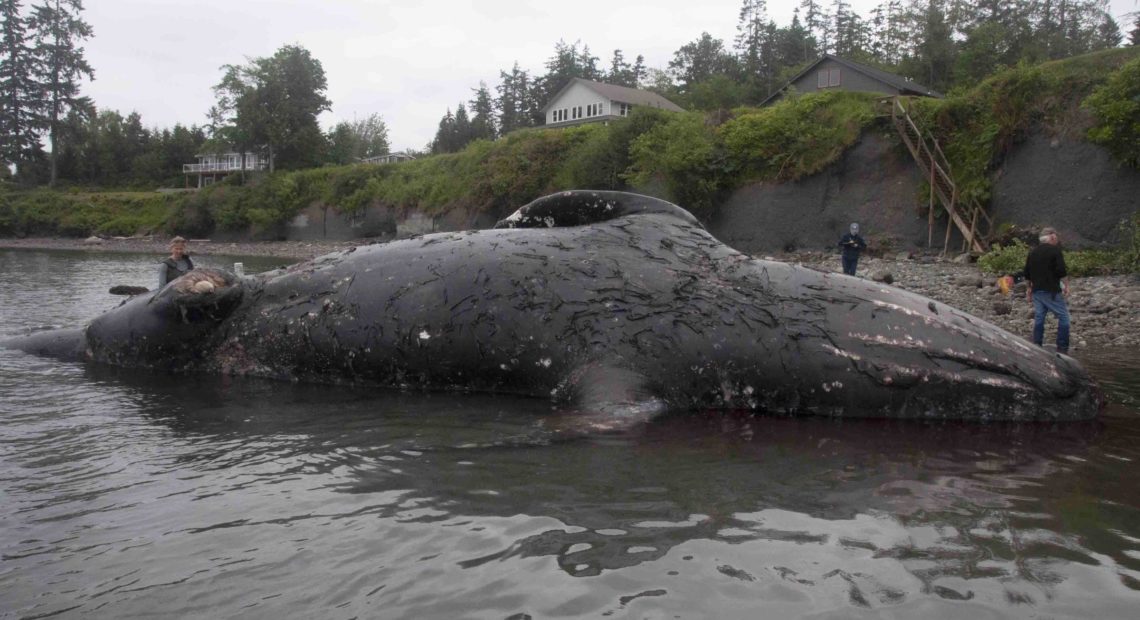 Mind If We Drop Off A Dead Whale On Your Beach? Asking For A friend.

The tally of dead gray whales washing up on Pacific Northwest beaches during this year’s northbound migration keeps going up. That’s prompting an unusual request for volunteers from a federal agency.

So far this year, 30 gray whales have washed ashore dead in Washington waters on top of three more on the Oregon Coast and 37 in California. The West Coast Marine Mammal Stranding Network is running out of places to tow carcasses that turn up in Puget Sound. So, NOAA Fisheries put out the call Friday for waterfront property owners who wouldn’t mind having a dead whale dropped off on their beach to decompose naturally.

The stranding network already has its first taker: a couple who live above a rocky beach south of Port Townsend, Washington. Mario Rivera and Stefanie Worwag said they’re interested to watch a whale decay and recycle back to nature.

“It’s a temporary thing and also a unique educational opportunity to see how it decomposes,” Rivera said in an interview with public radio.

Rivera said the 40-foot gray whale towed to their beach doesn’t stink very much nor has it attracted many scavengers, even though it’s been dead for about two weeks. The cause of death for the abnormally skinny whale was the same as others in the current die-off, namely, malnutrition from not getting fat enough last year on the feeding grounds in the Arctic.

Rivera said an examination of the stomach contents of the animal found two pieces of plastic and a bunch of eel grass, a seaweed.

“Eel grass is not part of their diet, which means that this whale was desperation eating,” Rivera said. “It’s like a starving human eating grass to stay alive. It can’t.”

Rivera said he is unsure how long it will take for the adult whale to decompose, but doesn’t anticipate trouble.

“We put lime on it every few days,” he said. “The lime works so we’re not going to have it here that long. We’ll have the skeletal remains but we’ll probably just leave those on the beach, something interesting.”

The beachfront the Jefferson County couple offered was suitable because they own a large parcel with few neighbors in close proximity. Worwag is a veterinarian and assisted on the necropsy of the gray whale that was found nearby. Rivera is a retired police officer and Air Force veteran. The couple volunteer with the Port Townsend Marine Science Center, an organization involved in the regional marine mammal stranding network.

NOAA Fisheries spokesperson Michael Milstein said there are no more dead whales in waiting at the moment, “but we are trying to be prepared.” He said during a previous die-off of gray whales along the West Coast in 1999-2000, whales continued to strand at high levels for two years.

“So if this is similar, then there are more coming,” Milstein said by email from Portland Friday.

Two weeks ago, NOAA declared an “unusual mortality event” in connection with the spate of dead gray whales. That freed up more money for investigation and to reimburse state and nonprofit partners who respond to whale stranding reports and perform necropsies.

Waterfront property owners on the Salish Sea willing to host a dead whale can contact NOAA public affairs officer Michael Milstein at: [email protected] or 503-231-6268.
If you see a stranded whale (or other marine mammal in distress), you can report it to the West Coast Marine Mammal Stranding Hotline: 1-866-767-6114. 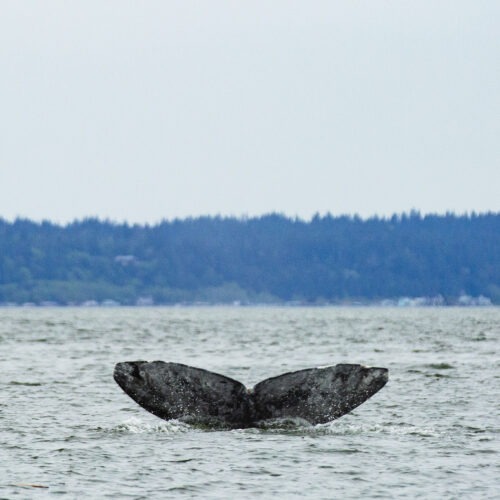