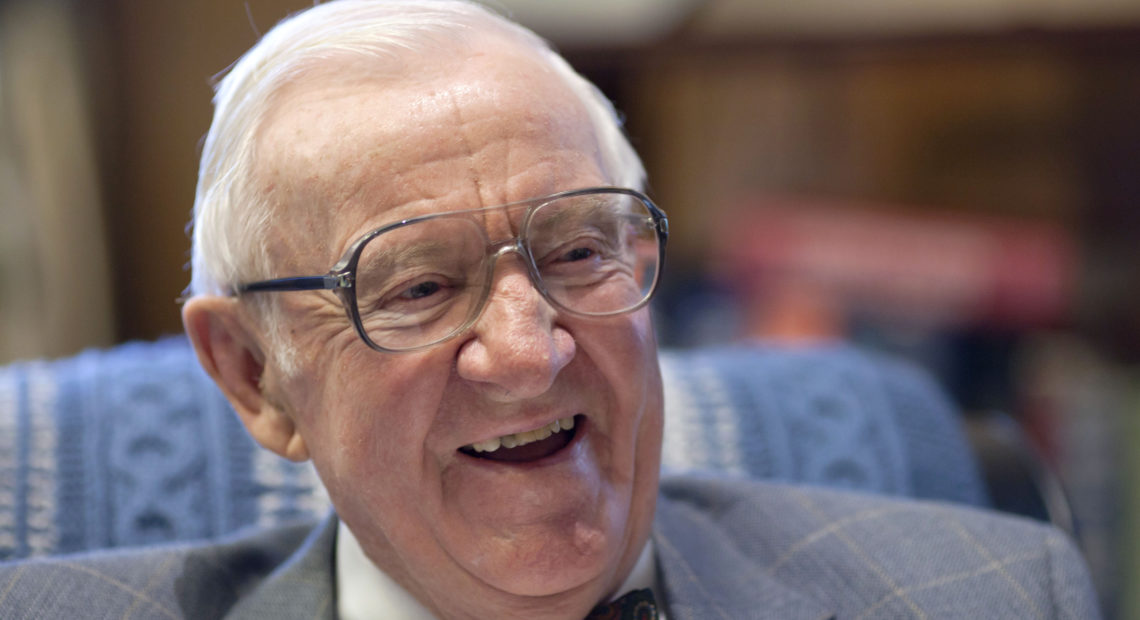 Retired Justice John Paul Stevens, whose Supreme Court opinions transformed many areas of American law during his 34 year tenure, died at the age of 99 in in Ft. Lauderdale, Fla., of complications following a stroke he suffered Monday.

“A son of the Midwest heartland and a veteran of World War II, Justice Stevens devoted his long life to public service, including 35 years on the Supreme Court,” Roberts said in the statement. “He brought to our bench an inimitable blend of kindness, humility, wisdom, and independence. His unrelenting commitment to justice has left us a better nation. We extend our deepest condolences to his children Elizabeth and Susan, and to his extended family.” 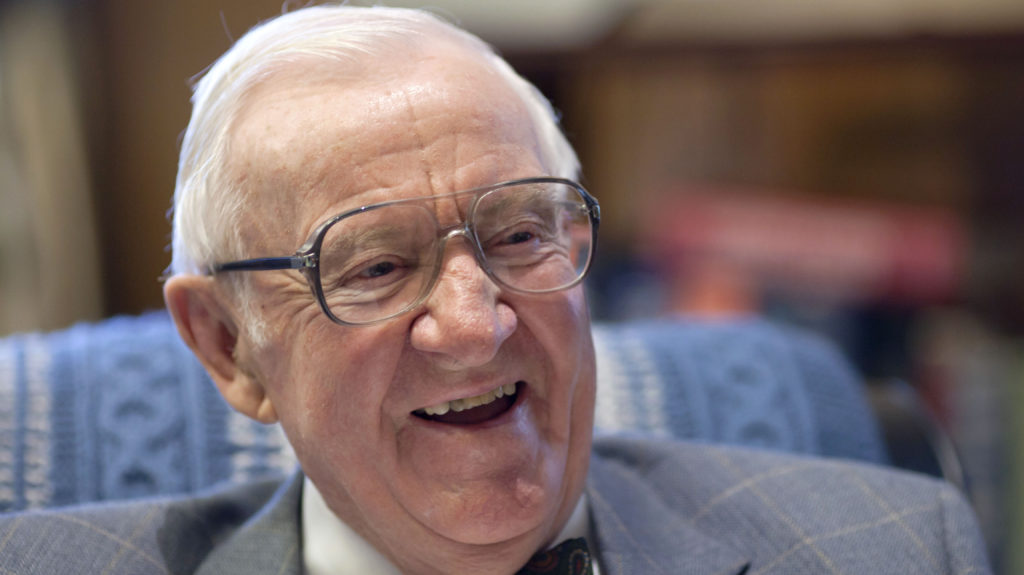 The court’s statement noted that “he passed away peacefully with his daughters by his side.”

Often called a judge’s judge, Stevens was something of a throwback to a less rancorous era, when, as one writer put it, law and politics were a noble pursuit, not a blood sport.

The quintessential Midwesterner, Stevens was born in Chicago and educated at Northwestern and the University of Chicago. In the Windy City, he earned a reputation as a brilliant lawyer and later appeals court judge.

In 1975, President Gerald Ford appointed him to the U.S. Supreme Court. The nomination drew instant praise from Democrats and Republicans alike, and Stevens, wearing his trademark bow tie, was confirmed in a remarkable three weeks.

Given his lack of political ties, Stevens’ rise was, to some extent, a fluke according to his onetime law clerk, Clifford Sloan.

A brand new president, Gerald Ford, suddenly had a Supreme Court vacancy to fill, and with the country still reeling from the Watergate scandal, the name of the game was to pick someone of unassailable credentials and no political connections.

Ford assigned his attorney general, Edward Levi, a man also chosen for his lack of political ties, to do the screening. And Levi, the onetime dean of the University of Chicago Law School, quickly fixed his eye on Stevens, a lifelong Republican with no record of political or judicial activism.

Once on the court, Stevens quickly earned a reputation for quality work, and for independence. Over time he was seen as an increasingly respected and influential justice, a man beloved by his colleagues for his decency, his unassuming nature, and his tough inner core.

In his first decade, he was viewed as a center-right justice, but as the composition of the court grew more and more conservative, he found himself referred to as the court’s most liberal member, a moniker he never liked. Indeed, Stevens said forthrightly in a 2010 interview with NPR that it wasn’t he who changed. Rather, it was a court populated by new justices with a conservative ideology that he saw as quite radical.

Over the years, Stevens authored some 400 majority opinions for the court on almost every issue imaginable, from property rights to immigration, from abortion to obscenity, from school prayer to campaign-finance reform, from term limits to the relationship between the federal and state governments.

As former Solicitor General Ted Olson put it: “The crafty and genial hand of Justice Stevens was everywhere evident.”

The decisions Stevens will likely be remembered for most, though, are those he authored on national security and presidential power. Stevens wrote the court’s 5-to-3 decision repudiating president George W. Bush’s assertion of unilateral executive power in setting up war crimes tribunals at Guantanamo Bay, Cuba.

And in 2004 he authored the court’s 6-to-3 decision allowing the Guantanamo detainees to challenge their detentions in the U.S. courts. Both had profound implications for the limits of presidential power.

Bush was not the first president to feel Stevens’ sting. He also wrote the opinion for a unanimous court in Clinton v. Jones, the decision refusing to postpone Paula Jones’ sexual harassment lawsuit against President Bill Clinton. In summarizing the decision from the bench in 1997, Stevens dismissed the notion that the suit would burden the presidency.

“In the entire history of the republic,” he said, “only three sitting presidents have been subjected to suits for their private actions. As for the case at hand … there’s nothing in the record to identify any potential harm that might ensue from scheduling the trial promptly.”

Critics thought Stevens’ view naïve — the view of a man who knew nothing of the venality of politics or political enemies. And, indeed, as it turned out, the Paula Jones case led directly to Clinton’s impeachment. But defenders of the decision see it as an example of the highest value in the American legal system — that no person is above the law.

While Stevens authored some of the court’s most complex and important decisions, often bringing together under one legal tent justices one might not expect to agree, he also dissented from the court’s rulings more frequently than any other justice during his long tenure on the bench. When the court struck down a Texas law that punished burning the American flag, Stevens — the Navy veteran and winner of the Bronze Star — objected, declaring that “the value of the of the flag as a symbol cannot be measured.”

When the court revived the doctrine of states’ rights, he dissented. In 1997, when the court majority ruled that a key section of the Brady gun-control law unconstitutionally conscripted local law enforcement to conduct background checks of gun buyers, Stevens took the unusual step of announcing his dissent from the bench.

“The basic question is whether Congress, acting on behalf of the people of the entire nation, has the power to require local law enforcement officers to perform certain duties,” he said. “Since the ultimate question is one of power, we have to consider its implications in times of national emergency, matters such as … the mass inoculation of children to forestall an epidemic, or perhaps the threat of an international terrorist.” 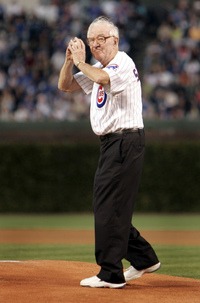 Stevens’ ultimate revenge came eight years later when he managed to eke out a 5-to-4 majority upholding a federal regulatory scheme under which the federal law making marijuana illegal trumped state laws legalizing it for medical purposes.

“Our case law firmly establishes that Congress has the power to regulate purely local activities when necessary to implement a comprehensive national regulatory program,” he said.

Stevens’ angriest dissent came, without doubt, in 2000, in the case of Bush v. Gore, which effectively ended the presidential race in favor of George W. Bush.

“Although we may never know with complete certainty the identity of the winner of this year’s presidential election,” he wrote, “the identity of the loser is clear. It is the nation’s confidence in the judge as impartial guardian of the rule of law.”

Two other dissents were barn burners, too. His 2008 dissent, when a five-justice majority struck down a local ban on handguns, ruling for the first time that there is a constitutional right for individuals to own a gun.

And his 2010 dissent, when the same five-justice majority struck down a century-old ban on corporate spending in candidate elections. Stevens dissent from the bench in that case – Citizens United v. Federal Election Commission — was passionate and long, lasting more than 20 minutes.

“Simply put,” he said, “corporations are not human beings. In the context of an election to public office, the distinction between corporate and human speakers is significant. Corporations cannot vote or run for office because they are managed and controlled by nonresidents, their interest may conflict in fundamental ways with the interest of voters. … The rule announced today that Congress must treat corporate speakers exactly the like human beings in the political realm represents … a radical change in the law.”

Behind the scenes, Stevens was often a persuasive and strategic thinker.

In 1992, for instance, he played a pivotal role in the court’s reconsideration of its landmark 1973 abortion ruling, Roe v. Wade. The court was split into three separate factions. Four justices to reverse Roe outright. Three to uphold its core but allow more regulation by the states. And two, including Stevens and Harry Blackmun, to uphold Roe entirely.

Upon receiving the draft of the three middle-ground justices, Stevens suggested a reorganization of their opinion so that he and Blackmun – the author of Roe — could join most of it. That way, he noted, there would be a single opinion that was supported by a court majority of five. The three quickly agreed, and the opinion in Planned Parenthood v. Casey became the new law of the land.

In his 2010 NPR interview, Stevens said that in his 3 1/2 decades on the court, he really had just one regret: his 1976 vote to revive the death penalty by upholding a Texas death penalty statute.

Stevens said that at the time the court had adopted many rules to limit the death penalty to a narrow category of offenders and to prevent what he called “loading the dice” for the prosecution. But over time, those limiting rules were abandoned.

And so, in his later years, Stevens opposed most death sentences, winning rare but important victories, as when he wrote the court’s opinion striking down capital punishment for the mentally retarded.

He maintained he was undecided about retiring, but in late June of 2010 his lengthy oral dissent in the campaign finance case was marred by verbal flubs. He was so distressed by his performance that he sought a complete checkup by his doctor. There was nothing wrong, but not long thereafter, Stevens, then 90, announced his retirement.

In the years afterward, he continued to be both physically and intellectually active, playing tennis and golf, and writing and speaking about the court and its work. When he thought the court in error, he lobbed critiques — as always, pointed, literate, and respectful. The very qualities that made him such a revered figure in the law.