NANTERRE, France— Fans of Pacific Northwest soccer will have plenty of players to support during Friday’s quarterfinal match against host France. 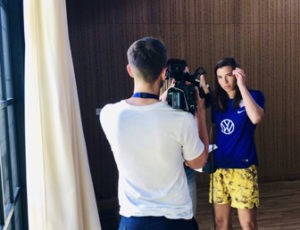 “She’s fantastic, I consider her one of the best players in the world,” Health said in an interview this week. “She is a natural leader and they are lucky to have her as their captain.”

In a press conference Wednesday morning, a French reporter, “Can you please just let the U.S win?”

“No,” midfielder Heath replied frankly while laughter filled the room.

As the pressure of a looming title builds for the 23 women to defend their 2015 World Cup title tomorrow, the female role models competing on the world stage said they are excited and look forward to the challenge.

For midfielder Samantha Mewis, wearing the stars and stripes across her chest is important.

“When I grew up watching these women play, I grew up idolizing them and to get to be here now and wear the crest and represent what this team has always been for makes me feel like it is bigger than me,” Mewis said.

The pressure for the French is just as big. Heath was asked about what to expect from the French in the upcoming match.

“They’re an excellent team, both defensively and offensively. Offensively they are pretty explosive, they have a lot of firepower,” Heath said.

For the first time in history, the eagerly anticipated match is just as big for host country France. France could be the first country in World Cup history to hold the men’s and women’s international World Cup trophies.

Heath said these are the type of games that make World Cup’s so exciting and a game players at this level look forward to their entire lives.

“It’s a privilege to be in a host county, playing the host nation, which makes that much bigger.”

When Heath was asked what advice she could give to young players looking up to her back home, she said to celebrate a culture around soccer the way American football is in the States.

“I just don’t think it’s something you can really teach. If anything, I would just create and environment and culture loves and celebrates football.”

The matchup between the two Women’s World Cup favorites kicks off tomorrow at 3 p.m. local time. 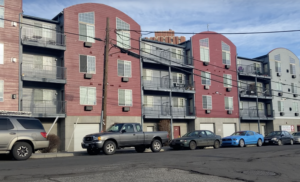