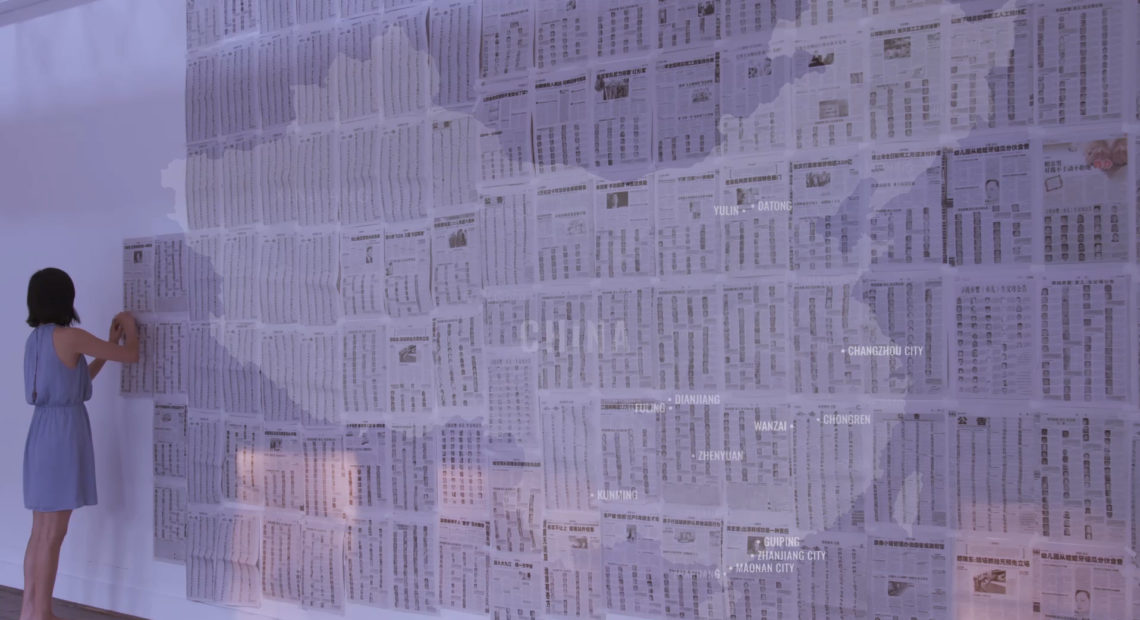 ‘One Child Nation’ Documentary Explores The Dark Side Of Chinese Policy

PHOTO: The documentary One Child Nation examines the consequences of the decades-long one-child policy in China. CREDIT: Amazon Studios

Filmmaker Nanfu Wang grew up in rural China under the country’s one-child policy, which was announced in 1979 and not officially rescinded until 2015.

Born in 1985, Wang never knew a life without it — as a kid, she remembers seeing propaganda promoting the rule everywhere.

“At some point, it just became a normal part of life, just like the air, the water, the tree,” she says. “And you just stop paying attention, stop questioning, because it has always been there.”

There were propaganda matchboxes, lunchboxes, murals and songs on TV.

Growing up, Wang remember seeing cartoons that depicted people who had more than one child as “almost criminals, or backward, or uneducated,” she says.

Wang says anyone who had a sibling — as she did — “grew up with a sense of shame.”

Because Wang’s family lived in a less-populated rural area, where agricultural laborers were in high demand, they were allowed to have a second child — as long as they waited five years after the first and paid a hefty fine.

Her birth didn’t deter her parents’ desire for a son. It’s even reflected in her name, Nanfu — nan, which means male, and fu, which means pillar. 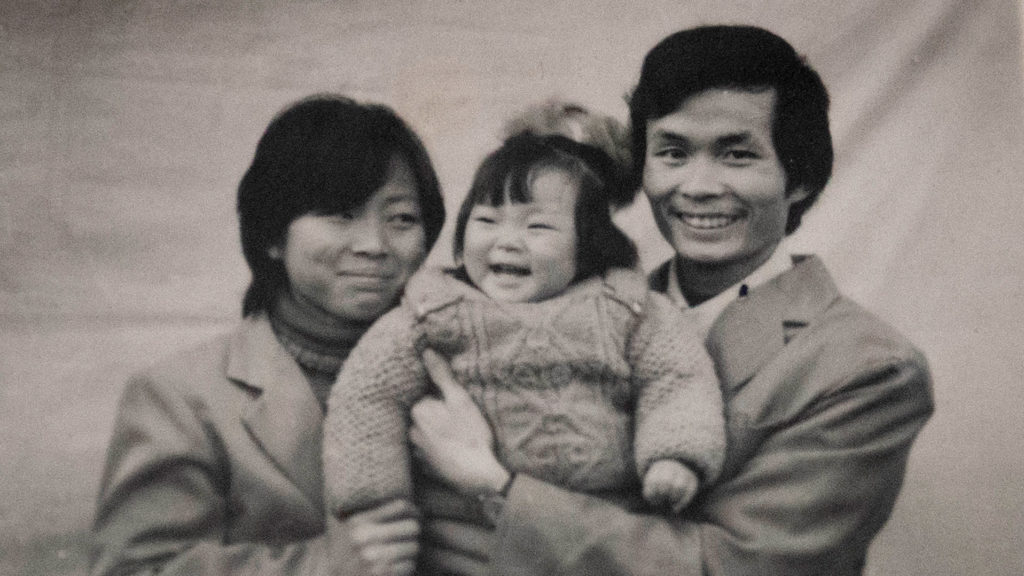 Director Nanfu Wang’s One Child Nation documentary draws on her own family’s experience with the restrictive policy. She’s pictured here as a child with her parents.
Amazon Studios

“Before I was born, my parents had hoped that they would have a boy. And they picked the name, and the day I was born, turned out I was a girl,” Wang says. “So they said, ‘Oh, we’ll just give this name to her anyway,’ ” hoping that she would grow up to be as strong as a man, Wang says.

With co-director Jialing Zhang, Wang has made a new documentary called One Child Nation. It’s an unflinching look at the ripple effects of China’s one-child policy: how it tore families apart, how it forced abortions and sterilizations and how it fed the trafficking of unwanted baby girls.

Wang now lives in the U.S. and has a son.

This interview has been edited lightly for clarity.

On how motherhood prompted her to make the film

It was then I started having questions and asking my mom what it was like for [her] when [she was] pregnant. And the stories that she told me, and my family members told me, made me realize how little I knew about the one-child policy and how much of my knowledge was taught by the government. I had so many questions I wanted to explore, and I also wanted people who are like me to have a chance to learn what truly happened under the one-child policy.

On interviewing her uncle, whose infant daughter died after he abandoned her

It was really challenging to approach my family and to request an interview. It was more difficult than asking a stranger, because I knew my uncle, and there were so many times I mustered my courage and tried to ask him, “Hey, uncle, can I talk to you about this?” But then I knew he had not talked about it for decades, and so several times I almost brought it up — and I couldn’t.

And eventually, when I finally did, it was the first time we had a parent-to-parent conversation. As a mom myself, I couldn’t imagine any parent would abandon, give away and see the child die — and how could you do it?

And he told me that his mom, my grandma, threatened to commit suicide. So she said, “It’s either her or me. If you keep the infant daughter, then I’ll die.” And I question myself all the time: If I were in his position, what would I do? And I don’t have the confidence to say, “Oh, exactly, I would resist. I would not do the same thing that they did.” And that’s scary.

On why Wang’s mother still defends the one-child policy

At first, it didn’t make any sense, and I was very, very surprised. And even to today, my mom had seen the finished film, and she still believed that the policy was necessary. Looking back, I just understood how powerful the propaganda was. It shaped people’s mind[s], especially people who lived their entire life in China and were never encouraged to think, to question, to reflect.

The narrative about the one-child policy, the dominant one, is: It contributed to the economy — otherwise the entire China would starve to death. And people buy into that narrative, even though, for people who understood Chinese history, they know that the starvation was caused by the Great Leap Forward — which is a man-made disaster.

On how open her subjects were during their interviews

I was surprised about how open they were too. But then I realized the reason that they were open was because, one, I grew up there — everybody knows me. And more importantly, I asked them: I wanted to know what you witnessed, what you experienced. I wanted to know the history; I wasn’t asking them to criticize the policy.

And when you look at the film, almost everyone was positive about the policy, even though they suffered really painful consequences. I think that was the reason why they felt comfortable and open to speak frankly of what they believe.

On the impact she hopes to have with her films

I think the first step of any change comes from the people who live in China. And that’s why I think the most important impact I hope that documentaries would have is to change people’s perception. Because personally, I experienced how I have learned so much, and unlearned so much, about what I was taught growing up about China. And a lot of people that I met told me — for example, they’ve never heard of the Tiananmen Square protest until the day that they left [mainland] China. And I hope my documentaries could serve that purpose: to make Chinese know the truth of what happened.

Sam Gringlas and Mallory Yu produced and edited this interview for broadcast. Patrick Jarenwattananon adapted it for the Web.