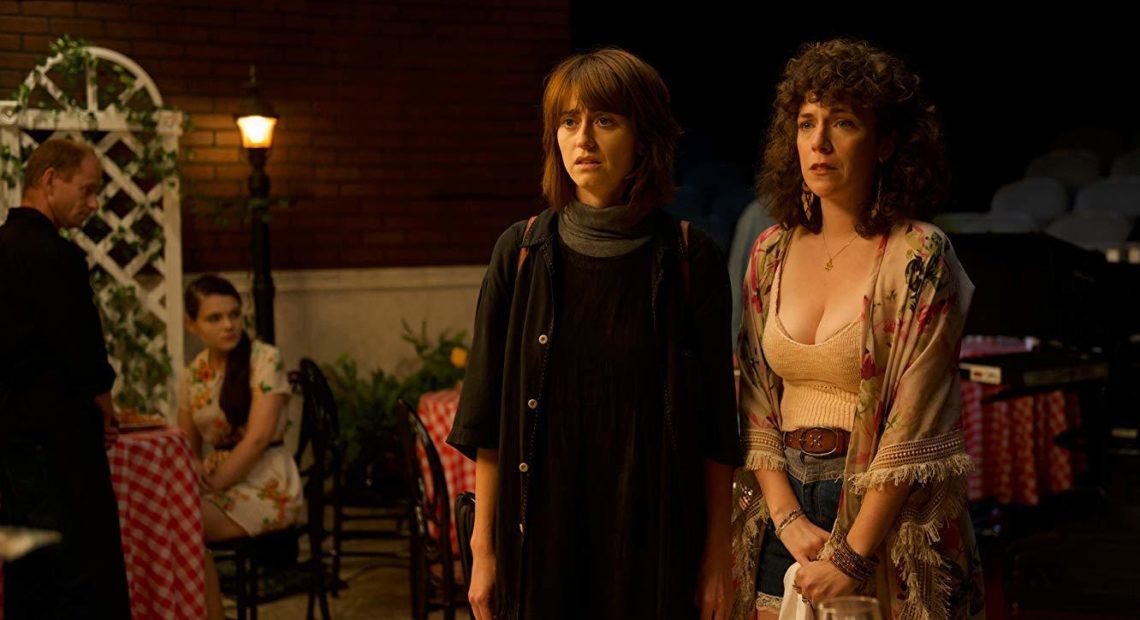 FILM REVIEW: ‘Before You Know It’ Is A Charming, Soapy Comedy About Family Secrets

Before You Know It, a charmingly spiky comedy built around a cockeyed family trying to prop up a failing New York City fringe theater, cuts through and enriches every psychobabbling description it might otherwise deserve.

Sure, the film is rife with soapy domestic dysfunction. There’s co-dependence to burn between Mel (Mandy Patinkin), a bitter playwright past his prime, and his nominally grown daughters, Rachel (Hannah Pearl Utt) and Jackie (Jen Tullock). Unhelpful baggage will be shed. For dessert, insight and forward movement.

Yet this slyly titled movie, a nimble collaboration between director Utt and co-writer Tullock, is wise, witty, and richly specific in its evocation of a family limping along on a wobbly foundation of secrets and lies. Though they’re a tight unit, Mel’s daughters are yin and yang; the costuming alone speaks volumes. Stage manager Rachel, who’s much given to turtlenecks, jumpers, and crew socks, is a lesbian with no love life, indeed not much of any life at all outside her efforts to keep her father and older sister solvent and out of trouble. To her sister Jackie, a flighty actress and spottily attentive single parent who favors dueling floral kaftans over a wide-open bosom, Rachel dresses “like a Mennonite caterer,” one of many zingers in a crisply funny screenplay.

Each sister, in her own way, is stuck in fealty to the heedless diva of a father they both adore. When Mel dies suddenly, the siblings discover that their sense of the world and their places in it have been built on a fairly spectacular whopper. The mother they’d been told was a) derelict and b) dead turns out to be very much alive, if not exactly thriving.

A melodramatic aging actress hanging on in a third-rate soap opera, Sherrell is a familiar type enlivened by deft writing and a ferociously committed performance by Transparent‘s Judith Light. The actress’s extravagant physical comedy is cunningly edged with pathos and a steely indomitability that compels her ambivalent daughters — one vying for her attention while the angry other tries to back away — to revisit how they’ve been conditioned by their father to see her. Each is also her mother’s daughter: Jackie is theatrical, inclined toward all things pink, and casual about parenting her remarkably unflappable tween daughter (a preternaturally poised Oona Yaffe), who seeks help from a more reliable role model, the family’s kind, stable accountant (Mike Colter). Rounding out the able cast is a lethally deadpan Alec Baldwin as a far from disinterested family therapist.

Warmly lit with a bold palette of lime greens and deep reds, Before You Know It suggests a world at once inviting and claustrophobic — emblematic of the dilemmas that face Rachel and Jackie as they juggle family loyalty with the pull toward independence. Utt and Tullock excel at tempering the antic hysteria of soap parody with a rhythmic slow burn of drama in which the sisters pry themselves loose from a destructive myth and discover that both their parents are capable of both less and more than either sibling could have imagined.

Before You Know It dances playfully, and in sober earnest, around the friction between the commitments of motherhood and a woman’s fight for a life of her own. Irreverently feminist but generous in the mercy they bestow on all their flawed characters as they flounder through life, Utt and Tullock hold the ambiguity all the way through to a boldly weird scene late in the movie. Mel’s ghost materializes before one of his daughters, and when she seizes the moment to plead for a sign of his pride in her, they both collapse in laughter. Does Mel live on, even in death, as a withholding SOB? Is he offering his daughter a life challenge? That, as Rachel tells her sister by way of nudging her to take responsibility, is for all of us to figure out as we forgive our parents their sins and stride forth to commit our own.