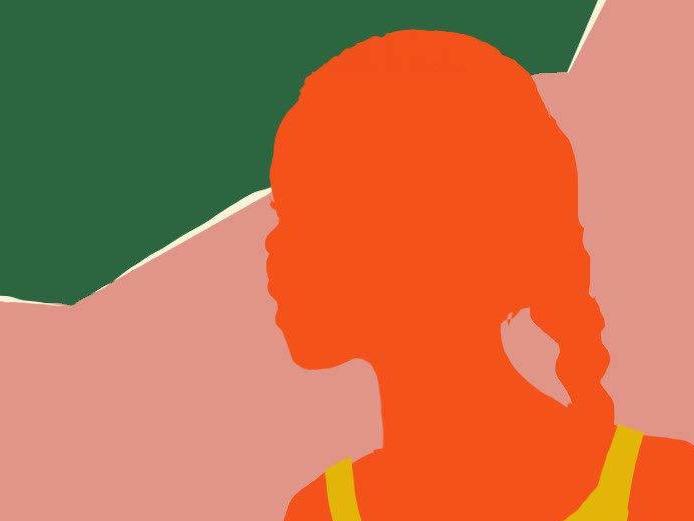 BOOK REVIEW: ‘Red At The Bone’ Cuts Close To The Bone

Jacqueline Woodson begins her powerful new novel audaciously, with the word “But.” Well, there are no buts about this writer’s talent.

Red at the Bone follows Woodson’s National Book Award-winning memoir, Brown Girl Dreaming, and her critically acclaimed novel Another Brooklyn, which in turn followed more than two dozen popular young adult novels, several of which received Newberry awards. With this new novel for adults, Woodson continues her sensitive exploration of what it means to be a black girl in America.

What we have here is an exquisitely wrought tale of two urban black families — one headed by a prosperous, devoted couple, the other by a struggling single mother — whose lives become permanently intertwined when their only children conceive a child in their teens. Perfect for the legions of young women who have graduated from Woodson’s middle grade and adolescent fiction, this compact novel focuses on the decisions we make in life, often under duress, or before we can fully understand their consequences. 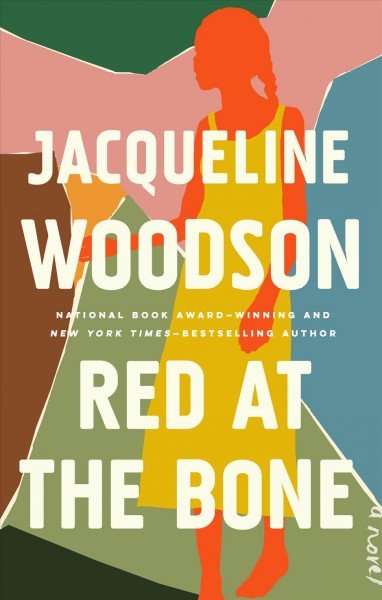 Red at the Bone
by Jacqueline Woodson

Red at the Bone should win Woodson plenty of new fans. It reads like poetry and drama, a cry from the heart that often cuts close to the bone. The narrative nimbly jumps around in time and shifts points of view among five characters who span three generations — the unplanned child of that high school fling and her parents and grandparents — as it builds toward its moving climax. In less than 200 sparsely filled pages, this book manages to encompass issues of class, education, ambition, racial prejudice, sexual desire and orientation, identity, mother-daughter relationships, parenthood and loss — yet never feels like a checklist of Important Issues.

Woodson signals with a wonderful epigram that life’s vicissitudes are in her sights: “Bro, how you doing? You holding on?” one old man asks another. “Man, you know how it goes. One day chicken. Next day bone,” the second answers.

The novel begins on a chicken day, when Melody, the daughter of those two hapless teens, is celebrating her 16th birthday at her grandparents’ Brooklyn townhouse: “But that afternoon there was an orchestra playing. Music filling the brownstone,” she tells us. This deft opener manages to paint the festive scene while immediately putting us on alert with that qualifier, “But”: Things either weren’t always so joyous or soon won’t be.

Chicken bones are scattered through the novel. Woodson’s title refers most literally to the unappealing, undercooked chicken flesh close to the bone that Melody is surprised to see the white girls at her private school eating. But it’s also a potent expression of raw emotions that aren’t easily digested. When Melody’s mother, Iris, finally experiences real passion at college with a surprising partner, she’s blindsided by its force: “She felt red at the bone — like there was something inside of her undone and bleeding.”

There isn’t a character in this book you don’t come to care about, even when you question their choices. Iris is sure to provoke discussion: At 15, to her parents’ dismay, she was adamant about keeping the baby growing inside her, even though she “couldn’t see a future” with Aubrey, “someone who only knew margarine.” But what young Iris failed to recognize was “that on the other side of pregnancy there was Motherhood.” Sparked by Aubrey’s mother — “the last thing I want my grandchild’s mother to be is a high school dropout” — she throws herself into her studies and takes off for college as soon as she can, leaving Aubrey and her daughter living with her parents. “She had outgrown Brooklyn and Aubrey and even Melody. Was that cruel?” Iris asks.

Yes, it was cruel, we learn from Aubrey and Melody, who never get over Iris’ rejection. What’s interesting is how Woodson inverts the scenario of the pregnant teen who is abandoned by her baby’s father, fails to finish high school and slides into a life of poverty. Instead, far from letting pregnancy derail her, Iris reclaims her classes and her sense of worth, while Melody’s father is the one who sticks around to raise the child, a devoted dad who decides he doesn’t need a college degree or fancy job.

Woodson’s language is beautiful throughout Red at the Bone, but it positively soars in the sections written from Iris’ mother’s point of view. Readers mourning the death of Toni Morrison will find comfort in Sabe’s magnificent cadences as she rues her daughter’s teen pregnancy, which flies in the face of the lessons her mama ingrained in her from the Tulsa race riots of 1921 — the massacre by whites that drove her family north and taught them to vigilantly safeguard their social and economic gains. This is just a taste of her despair:

But when your child shows up with a belly and she’s not even full grown yet, you think for a minute that all those blocks of gold don’t mean a damn thing out in the world if you haven’t even taught your own child how to stay pure. How to hold on. How to grow into womanhood right. You cry into the night until your throat is raw and there’s not another heave left inside of you. Not another drop of water left for your body to squeeze out. Not enough ways left to curse God and yourself.

But then, this fierce family defender says, “You rise. You rise.”

With Red at the Bone, Jacqueline Woodson has indeed risen — even further into the ranks of great literature.