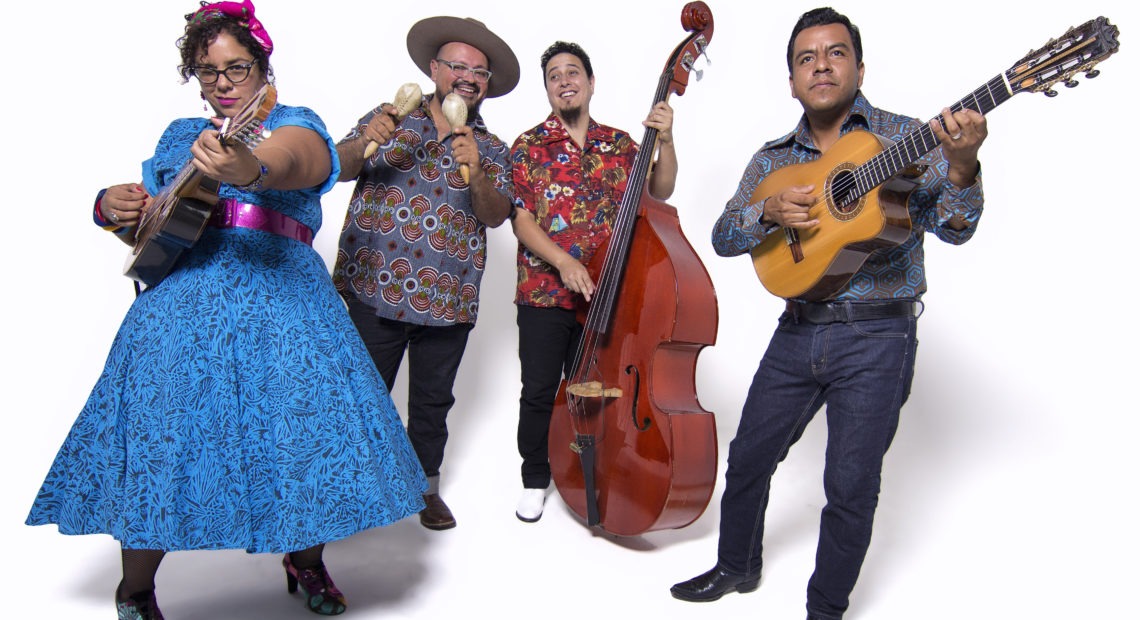 La Santa Cecilia: ‘We Are As American As Apple Pie And Tacos’

Grammy Award-winning group La Santa Cecilia takes its name from the Catholic saint of musicians. It’s a fitting moniker; as if by divine intervention, the members of the band — Marisol Hernandez, Jose “Pepe” Carlos, Miguel “Oso” Ramirez, and Alex Bendaña — found each other in the sprawl of Los Angeles.

“I met Pepe Carlos on Olvera Street,” lead singer Marisol “La Marisoul” Hernandez recalls. “I was busking with the older musicians — my teachers who I learned all that beautiful, traditional Latin-American music from — and Pepe was busking with his little brother on the other side of the street.” 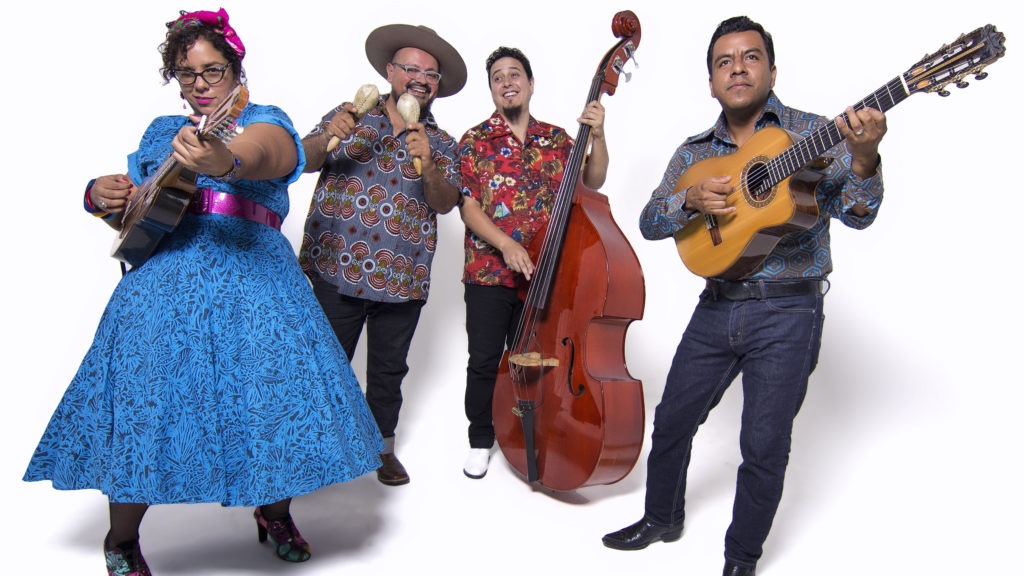 They formed a connection, and years later Hernandez roped in her friend, Oso, along with Alex Bendaña, to create La Santa Cecilia, a band “where we could make our own music, write about our own experiences [and] experiment with our influences,” she says. Those influences were vast. They heard Mexican accordions and horns in mariachi bands and fused those sounds with bossa nova, jazz and pop.

They came together to act on their individual, forward-thinking visions.

Some of that fusion is showcased on the centerpiece of the band’s self-titled album, out on Oct. 18. The song, “I’ve Been Thinking,” is about a shared, tragic experience.

“Oso, Alex, and I lost our fathers at different times,” Hernandez says. “It was a very big, big, big blow to the band and to us personally. We were all very close to our fathers, and I don’t know if I could go through this without my bandmates. I feel like this united us even more and we needed to write something and let out these feelings.”

La Santa Cecilia’s members have also all been affected to some degree by the recent political climate and the debate surrounding immigration.

“Our band member, Pepe Carlos, was undocumented for 27 years of his life. So much of our family history and lineage has to do with immigration and coming to this country and our experiences as bicultural people,” Ramirez says. “We chose to write a song called ‘Ice El Hielo’ in 2013. It was a song that changed our lives because we chose to write about our story from our perspective, what we live, what we feel. We chose to humanize the experience of the immigrant and what happens through deportations and separation of families. For us, it’s really important to always reflect that and use the platform that we have to speak out on issues.”

Still, for Hernandez, the band’s political messaging brims with hope.

“In La Santa Cecilia, we will always continue to raise, with pride, our flag of love, of where we come from: of being Mexican American, of being from Latin America and being born here in the United States,” Hernandez says. “And whether people like it or not, we are as American as apple pie and tacos.”

NPR’s Denise Guerra produced the audio version of this story.