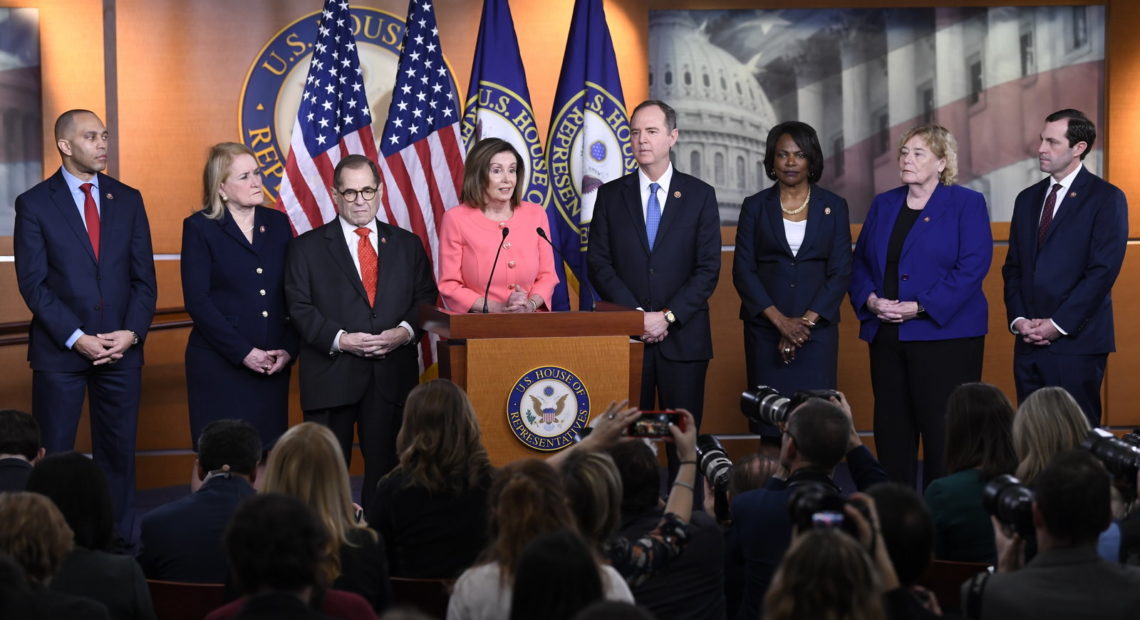 The House of Representatives has formally voted to transmit the articles of impeachment against President Trump to the Senate, setting up a trial that is expected to begin next week.

Earlier in the day, House Speaker Nancy Pelosi named seven Democratic members of Congress as the managers to argue the case for impeachment before the Senate. 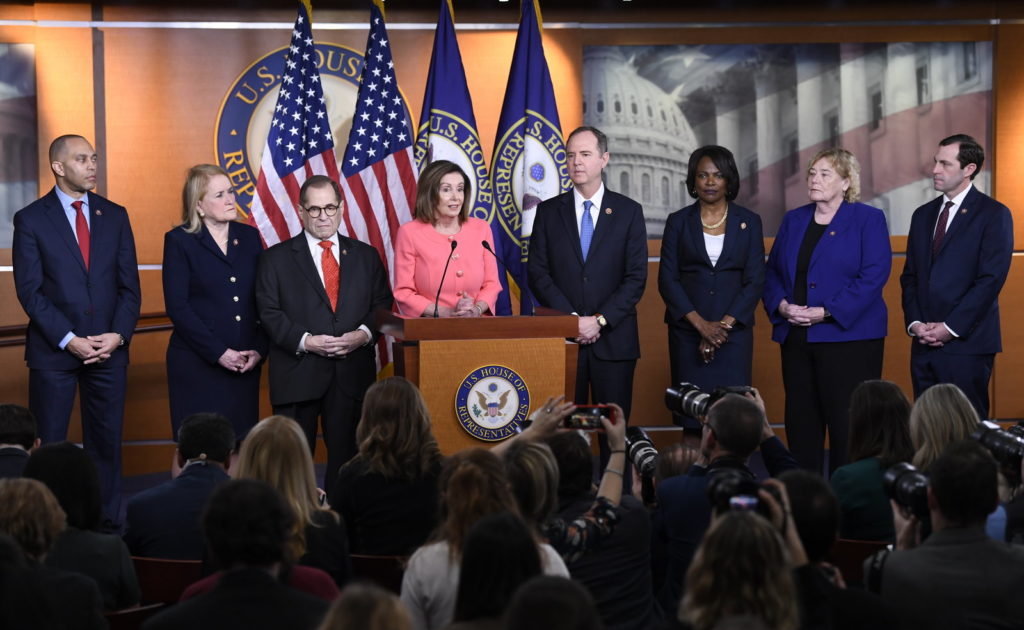 The vote on the resolution to transmit the articles and confirm the impeachment managers was largely along party lines.

“This is as serious as it gets for any of us,” Pelosi said on the House floor. But House Minority Leader Kevin McCarthy, R-Calif., called impeachment “a blunder” and “not a moment this body should be proud of.”

The seven managers bring a diverse range of experience. Schiff and Nadler led the impeachment process in the House. Lofgren is taking part in her third impeachment process; she was a staffer when the House Judiciary Committee voted out articles of impeachment against President Richard Nixon, and a committee member during President Bill Clinton’s and Trump’s impeachment. Demings is a former Orlando chief of police and is also a member of the House intelligence committee; Garcia is a former Houston municipal judge; Hakeem Jeffries is a former corporate lawyer; and Crow is a former Army Ranger who served in Iraq and Afghanistan and was a co-author of a letter making the case for Congress to begin impeachment proceedings. Read more about the managers here.

In announcing the managers, Pelosi said: “What is at stake here is the Constitution of the United States.”

She accused Trump of using the congressional appropriations process “as his private ATM machine to grant or withhold funds granted by Congress in order to advance his personal and political advantage.” That’s a reference to the White House’s hold on defense aid to Ukraine even though the funds had been appropriated by Congress. The president’s defenders argue the money was held up because of concerns over political corruption in Ukraine.

In a statement, White House press secretary Stephanie Grisham said the naming of the House managers “does not change a single thing. President Trump has done nothing wrong. He looks forward to having the due process rights in the Senate that Speaker Pelosi and House Democrats denied to him, and expects to be fully exonerated.”

The vote to formally send the two articles of impeachment against Trump that House lawmakers approved last month, sets the stage for a Senate trial to begin next week.

The vote comes a month after the House approved two articles of impeachment against the president, charging him with abusing the powers of his office by attempting to pressure the government of Ukraine to investigate potential political opponent Joe Biden and his son’s activities there and with obstructing Congress by refusing to cooperate in its investigation. Trump denies any wrongdoing and has excoriated the process.

Following the vote, the House will inform the Senate it is ready to transmit the articles across the Capitol. The Senate will respond that it is ready to receive them, and a formal procession and reception will take place. That could occur later Wednesday.

As early as Thursday morning, the impeachment managers will read the House resolution that appointed them as well as the articles of impeachment in full – on the Senate floor. Later that day, the Senate will proceed to the articles at 1 p.m. – or sooner.

The Senate would then inform Chief Justice John Roberts who would come over and be sworn in by Sen. Chuck Grassley, R-Iowa, who is the Senate president pro tempore. Roberts would then swear in all 100 senators as jurors. After this, the president is summoned and given time to respond.

The congressional proceedings mark just the third time in U.S. history that a president will be tried and face potential removal from office by the Senate. Presidents Andrew Johnson and Clinton were acquitted by the Senate after impeachment by the House.

The exact ground rules for Trump’s trial remain unclear. Democrats have demanded that the Senate call additional witnesses, potentially including former national security adviser John Bolton, who has said he is willing to testify if subpoenaed. But McConnell has resisted, saying Tuesday that the “more contentious issue” of calling witnesses will be addressed later.

From the beginning, the White House has declared the impeachment proceedings a “sham.”

“The facts overwhelmingly show the president did nothing wrong,” the official said, adding the White House is happy to have a chance to “vindicate the president.”

The Senate majority leader has sought to adhere to the procedure established in the Clinton impeachment trial in 1998, which allowed for a vote to dismiss the charges, as well as a vote on hearing additional testimony once opening arguments were made.

Trump has sought to have the Senate dismiss the charges, arguing that he did nothing wrong, but McConnell said Tuesday, “There is little to no sentiment in the Republican conference for a motion to dismiss.” With Republicans holding a 53-47 majority in the Senate, and 67 votes necessary to convict Trump, it is almost certain the president will be acquitted.

The official told reporters on Wednesday that the trial is unlikely to last longer than two weeks.

NPR’s Kelsey Snell and Tamara Keith contributed to this report.