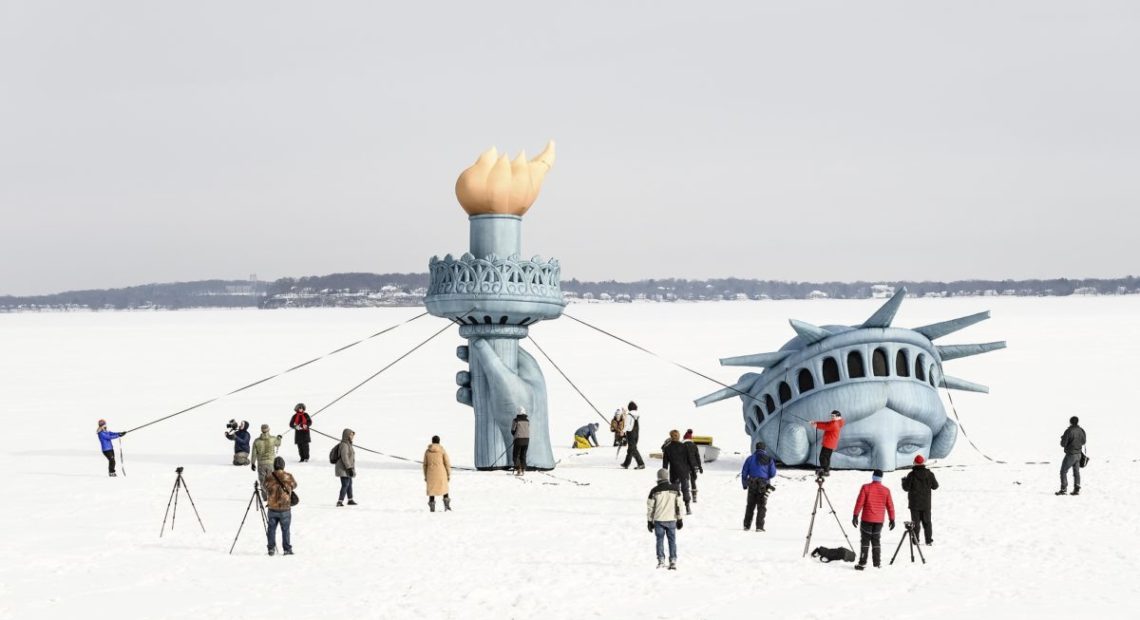 How A College Prank Turned Into A Public Art Tradition

The Statue of Liberty is up to her head in frozen water in Wisconsin. Or so it appears on Lake Mendota.

The inflatable replica that rests on the lake’s solid surface isn’t a political statement, nor a throwback to the ending of 1969’s “Planet of the Apes,” but a decades-long tradition founded on a good laugh. The University of Wisconsin-Madison has staged the display at different times for more than four decades, starting in 1979 as a campaign stunt.

As recounted over the years, two former UW-Madison students, Leon Varjian and Jim Mallon, were running for student government on a platform full of malarkey, designed as satire of the student elections at the time. One of their campaign promises was to bring the Statue of Liberty to Wisconsin, and they won their election.

So Varjian and Mallon kept their promise, fashioning an almost life-sized version of the Statue of Liberty’s head, torch and arm out of papier-mâché over a wooden structure.

Not everyone enjoyed their antics. There was pushback after students learned they spent $4,000 of student government money to construct the replica. Nevertheless, a tradition was born. 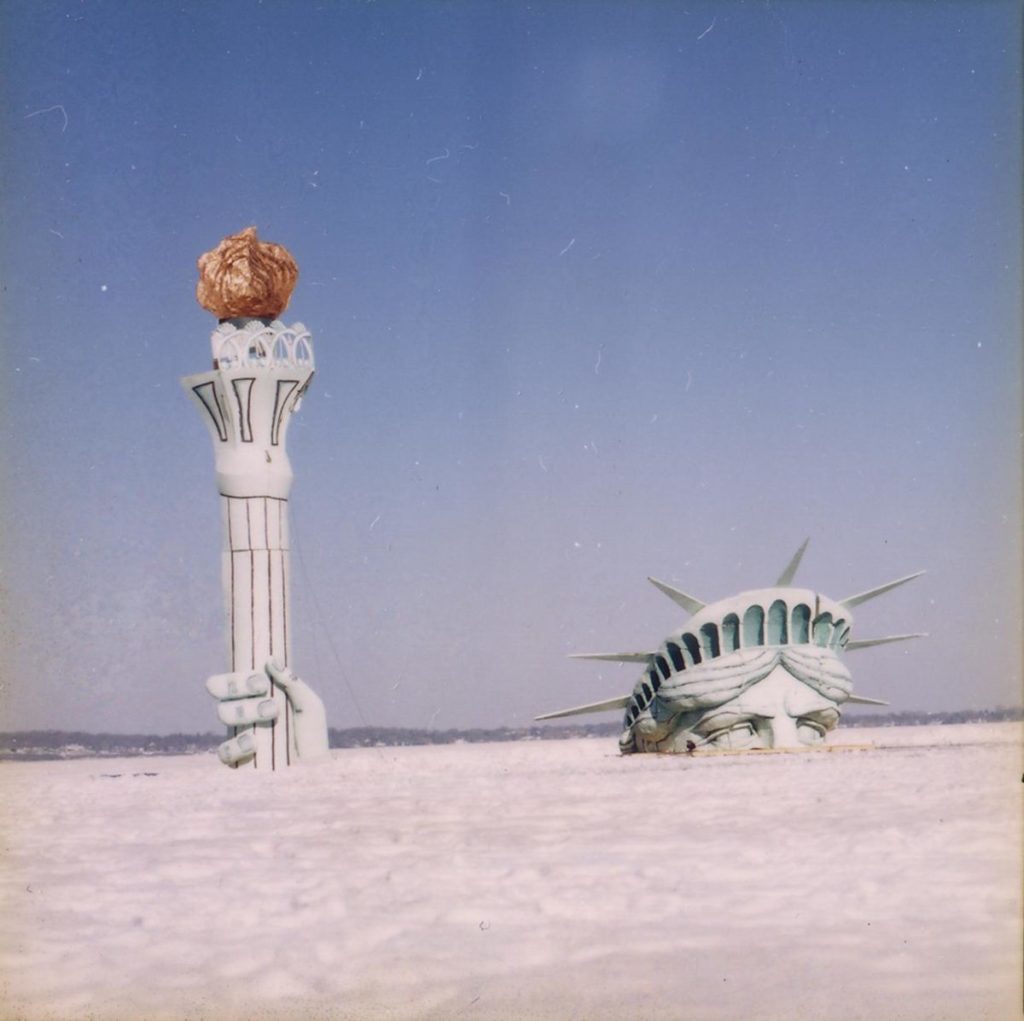 Lake Mendota’s Statue of Liberty in February 1979. Courtesy of University of Wisconsin-Madison Collection

Because the first Lady Liberty was destroyed by arson, another was made out of fireproof Styrofoam blocks in 1980. For some years after, it was stored in a barn about a half hour outside campus. In 1984, the parts were damaged by a deadly F5 tornado that tore a path of destruction through the town. After restoration attempts, the replica made a few more appearances through 2010, but time took its toll. The lady wouldn’t make her appearance on the lake again for nine years.

In 2019, Wisconsin’s student union president led an effort to resurrect the school tradition for its annual Winter Carnival. And it’s back again for 2020.

“With all that kind of dark things going on in the world, we’re glad to provide an opportunity for people to have some fun and share some spirit and memories of one another,” said Mills Botham, who’s now the head of the union’s sailing club.

The new version of the replica is inflatable and easier to set up than Styrofoam blocks.

Botham said he grew up hearing about Lady Liberty from his father, who graduated from the university the same year that the replica made its first appearance. “It meant the world to me,” Botham said about the effort to jump-start the tradition.

Botham said that Mallon, one of the original pranksters, was pleased to see a reincarnation of his vision on the lake again.

According to Botham, Mallon noted how the moment demonstrates “the same kind of student engagement and community engagement there had been all those years ago.”

Joshua Barajas is the arts editor for the NewsHour. He can be reached at [email protected]