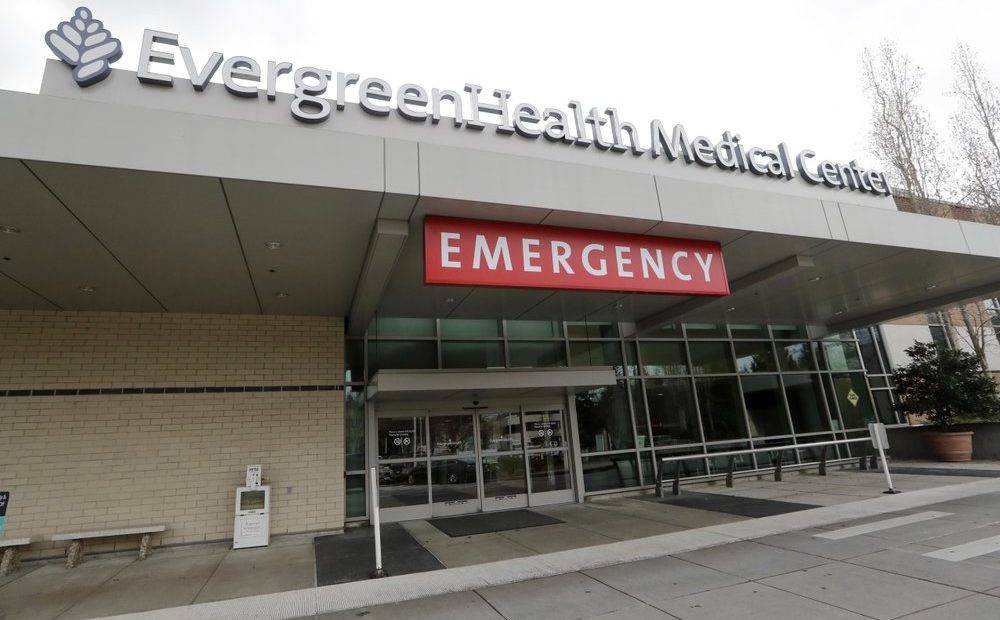 UPDATE: At Least 6 People In Puget Sound Region Have Died From COVID-19 Coronavirus

At least six people have died in Washington from the coronavirus, also known as COVID-19. King County health officials announced the updated number today in a press briefing. It includes five people in King County and one person in nearby Snohomish County.

King County executive Dow Constantine said the county will purchase a motel to house patients and will set up separate modular-like units for the same purpose.

“We expect the number of cases to increase in the coming days and weeks,” Duchin said.

King County health officials announced four new cases of coronavirus late Sunday, including a second death, bringing the total number of cases countywide to 10. All of them are associated with Life Care, a nursing home in Kirkland that is associated with two previously announced cases of the virus, also known as COVID-19.

Results from the state lab came back positive, and the cases remain presumptive until the Centers for Disease Control and Prevention can confirm.

The four latest cases were announced hours after two other cases became public — both men in their 60s with underlying health conditions who are hospitalized at Valley Medical Center in Renton and Virginia Mason Medical Center. As of Saturday afternoon, those men also were listed in critical condition.

Officials with the King County Executive’s Office will join local and state health officials Monday to discuss the latest cases and the county’s response to the outbreak, according to a statement released Sunday night.

A patient in King County who tested positive for coronavirus has died, according to state and local public health officials. It’s believed to be the first coronavirus death in the U.S. The news prompted Gov. Jay Inslee to declare a state of emergency.

State and local health officials have confirmed two other presumed cases of the virus, also known as COVID-19, both tied to a long-term care facility where more than 50 residents and employees are experiencing respiratory symptoms.

As of Saturday, that brings the total of presumed patients in King County to four. There is an additional case in Snohomish County.

The cases are being classified as “presumptive” until testing at the Centers for Disease Control and Prevention in Atlanta confirms the results.

The patient who died, a man in his 50s with underlying health conditions, came to EvergreenHealth Hospital with serious respiratory issues before testing positive for the virus, according to a statement from the Kirkland hospital.

Local health officials are actively working to test and treat to contain spreading of the virus; the CDC was scheduled to fly in Saturday night to assist.

“We need to emphasize personal health preparedness,” Constantine told reporters. He also noted that King County Metro would continue to be diligent in keeping buses sanitized. 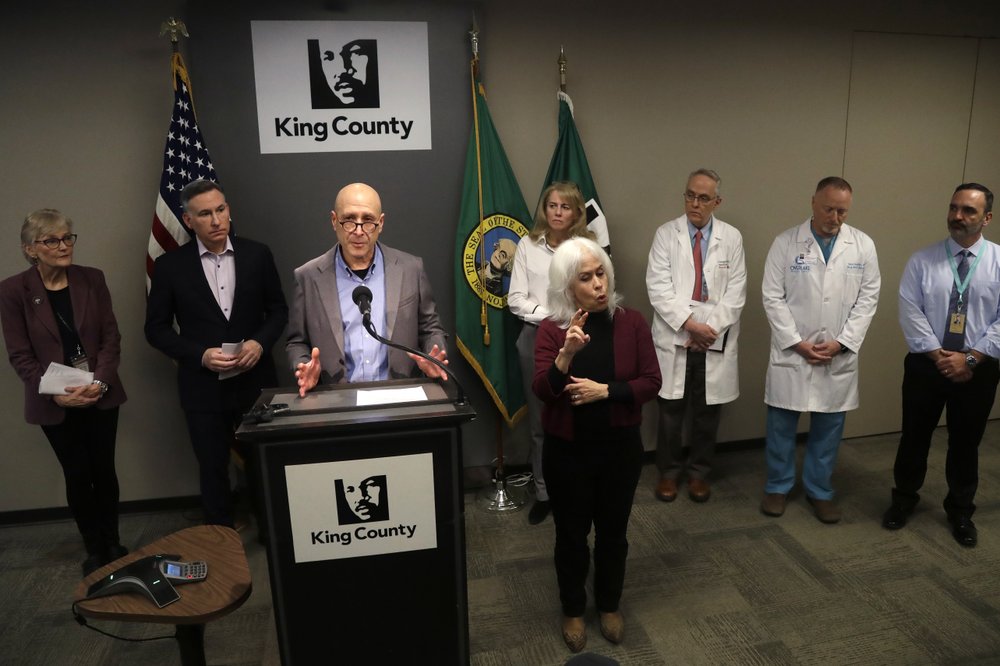 Dr. Jeff Duchin, with King County public health, said no “widespread” community transmission is apparent at this time. But he warned that if the outbreak worsens, officials may recommend people avoid large gatherings and telecommute if possible.

Dr. Frank Riedo of EvergreenHealth said more test results for the other patients who are presumed infected were expected late Saturday.

Dr. Kathy Lofy, state health officer, says there is no backlog on local coronavirus testing so far. The state intends to ramp up its testing capability to handle 200 tests per day. That likely will include looping in commercial and university labs.

“It is a sad day in our state as we learn that a Washingtonian has died from COVID-19,” Inslee said, offering condolences to the patient’s family and friends. “We will continue to work toward a day where no one dies from this virus.”

In his proclamation declaring a state of emergency, Inslee directed state agencies to use all resources necessary to prepare for and respond to the outbreak.

“This will allow us to get the resources we need,” Inslee said in a statement. “This is a time to take common-sense, proactive measures to ensure the health and safety of those who live in Washington state. Our state agency directors have been actively preparing since the nation’s first case appeared in Snohomish County. Washingtonians can be assured we’ve taken this threat seriously and have been working in collaboration with our health care partners to develop plans and procedures to prepare for what could likely be a world-wide pandemic.”

The directive calls upon state agencies and departments to do “everything reasonably possible to assist affected communities.”

Inslee stressed in his statement that the easiest way to slow the spread of the virus is to practice good hygiene: “wash your hands often, sanitize frequently touched surfaces and stay home when you’re sick.”

Saturday’s news of the death came less than 24 hours after health officials announced that testing at the state public health lab detected two new cases: one found in a high school student in Snohomish County, and another linked to travel. They also are being classified as “presumptive” cases, while the CDC works to confirm the results.

“We are going to find more individuals so we really believe that the risk at this point is increasing,” Lofy, the state health officer, said Friday.

The student from Snohomish County who is believed to have the virus became sick with a fever and body aches at the beginning of the week.

He returned briefly to Jackson High School in Everett on Friday when he started to feel better. He is recovering at home in isolation.

“There was no travel history associated with this,” said Dr. Chris Spitters, who is the health officer at the Snohomish Health District. “Our team is still in the midst of the contact investigation, so we still don’t know the possible source of infection. Our staff have notified a very small number of students who came in contact with the individuals.”

Everett Public Schools is sanitizing Jackson High School through the weekend, and has closed the school Monday to complete the job.

Meanwhile, students enrolled in study abroad programs at Washington universities are also being affected by the spread of the virus, which has now been detected in more than 50 countries.

Gonzaga University said earlier this week that it’s suspending its program in Florence, Italy, and asking its 161 students to return to their home residences. Italy has had the most cases in Europe so far.

Washington State University and the University of Washington are monitoring the situation closely but advising students to stay put for now.

The latest information about coronavirus can be found at the state Department of Health’s website.

KNKX’s Gabriel Spitzer and Will Stone contributed to this report. This story is developing. We will update as more details become available. 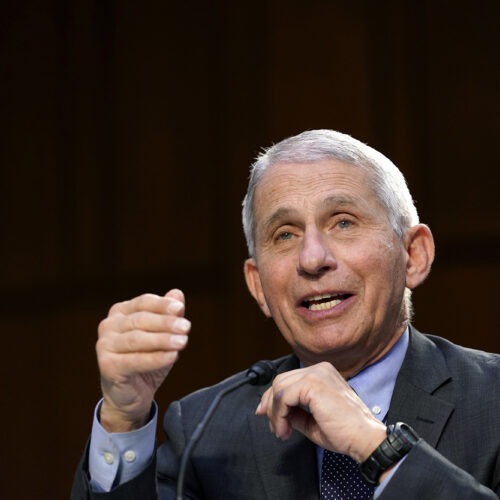