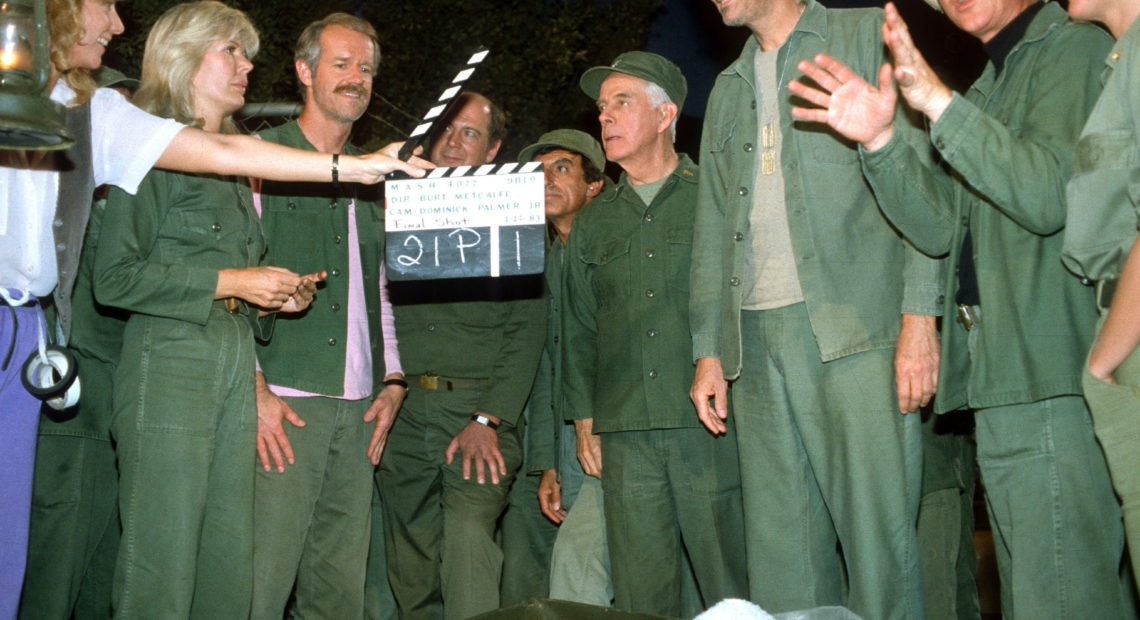 Need Some Fresh Ideas? Family-Friendly Ways To Spend Your Days Inside

COVID-19 is keeping most of us inside, isolated from others, for days on end.

For kids (and parents!), school work can only extend so far into the day. Earlier, the NPR Arts team offered some of our favorite distractions when we are feeling worried. Now we have some heart-felt recommendations for how to enjoy the rest of the time you have in close-quarters with your family.

– The Giraffe and the Pelly and Me, Roald Dahl 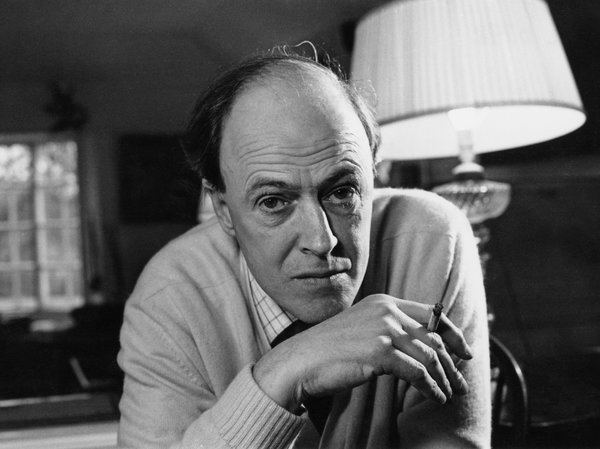 Oh the delightfully twisted, class-conscious mind of Roald Dahl. The Giraffe and the Pelly and Me isn’t one his most famous, or perhaps even his best, but it was one of our favorites when my son was little. The adventures of The Ladderless Window Company, a team of window washers made up of a little boy, a pelican, a giraffe and a monkey, make both no sense and all the sense in the world. Dahl understood the good, the bad and the ugly of human behavior. Most importantly, The Giraffe and the Pelly and Me, Charlie & The Chocolate Factory, Matilda, James & The Giant Peach and others are a blast to read aloud. Trust me, early elementary school-age kids have newfound respect for any grown-up who utters words like “Sugar Snorters” and “Plushnuggets.” Whether it’s Charlie finding the Golden Ticket or James befriending insects in a giant peach or Matilda spooking the evil headmistress Miss Trunchbull, Dahl’s wickedly imaginative tales have something to amuse readers of any age.

Available at your local library (for online checkout, too!) and Amazon (to download).

I learned about this surreally pastel, Peabody-and Emmy-award winning cartoon when reporting a story about it back in 2013, and it’s never left my head. A beguiling boy and his stubby shapeshifting dog live in a strangely shattered world along with a scientist princess, a demented king, horrible bugs with teeth, and mutants made from candy. The show’s post-apocalyptic premise might give some parents pause, but an anxious child may find its offbeat, wise and intelligent humor reassuring. And who among us doesn’t feel like an anxious child right now?

Available for free on Cartoon Network; also on Hulu and YouTube subscription 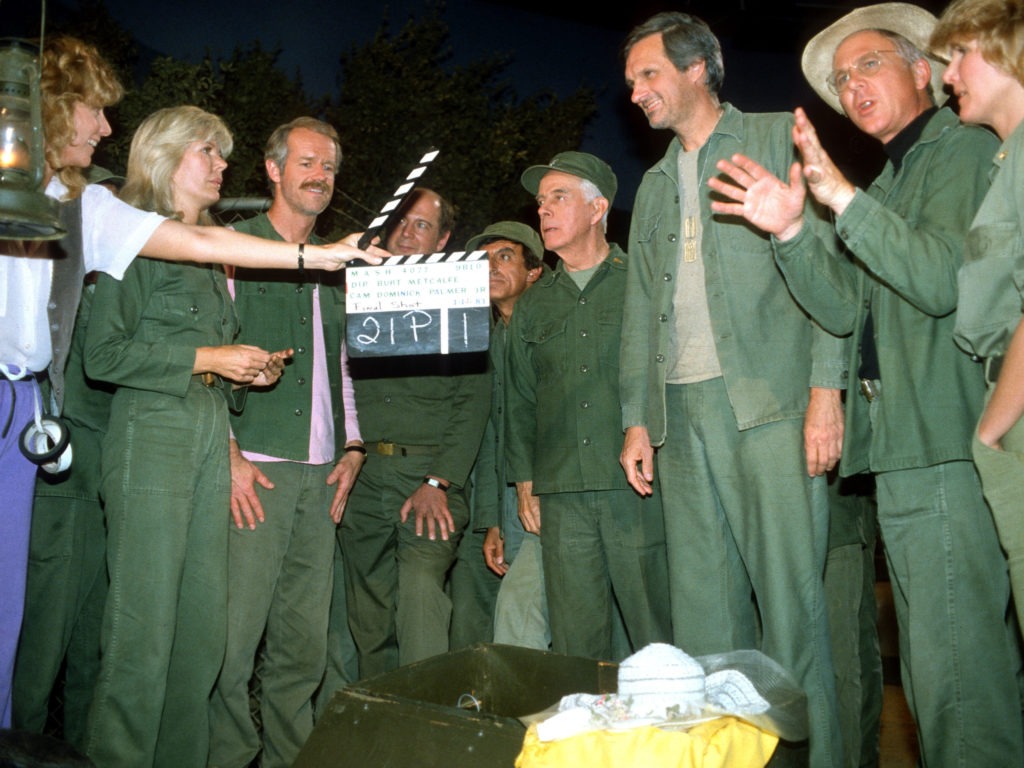 An image from the last episode of MASH on June 18, 1984 at the Malibu Creek State Park in California.
CREDIT: Paul Harris/Getty Images

The entirety of M*A*S*H is now on Hulu — and after all these years, it’s still a great TV show to watch. Following a unit of surgeons and nurses in the Korean War, it’s just hours and hours of solidly good people trying to do good things in the face of ginormous tragedy. Sure, along the way they run into bootlickers and war mongers (who hasn’t!), and some of its gender and sexual politics haven’t aged the best, but when the show’s at its best it strikes that balance between hijinks and heartbreak.

We Bought A Zoo

It’s a heartwarming family film that avoids sentimentality and the “cutes,” and delivers real emotion and believable human connections. The film is based on Benjamin Mee’s memoir; Matt Damon plays a widower with two young kids, who decides to make a new start. He buys a dilapidated small country zoo, and sets about restoring it, its animals, and the spirits of his family and himself. Scarlett Johansson, as a zoo staffer, does a lot to lift everyone’s spirits. I ran the film for my then 5-year-old granddaughter and the moment it was over she said, “Can we watch it again?”

Star Trek: The Next Generation

In getting up to speed for a review the new Star Trek: Picard (which is decidedly not family friendly), I wound up re-sampling the source material, the syndicated TV series Star Trek: The Next Generation. In it, I found a show that still holds up after more than 25 years — one centered on spacefaring characters who are the best of their number, fighting to create a universe that’s even better. In their time, the Earth has survived World War III, uniting to move beyond money, racial divisions and nationalistic strife to create a Starfleet that travels the universe to build alliances with alien races. Ultimately, it’s a series sending the message that no matter what we’re going through right now, humans have a future where we transcend all our current issues and move into a promising tomorrow. Combine that with phasers, spaceships, TVs coolest android and Patrick Stewart as Capt. Jean-Luc Picard, and you can’t possibly go wrong.

Available on Netflix and Hulu

In its original incarnation on the Discovery Channel, Mythbusters ran for 14 educational and explosion-filled seasons — a collection of hundreds of episodes filled with weird duct-tape experiments, gross attempts to turn earwax into candles and lots of daredevilry involving detonating C4 at safe distances. Many, many hours of MythBusters now live on Hulu for your endless streaming pleasure, suitable for everyone from skeptics (yay, facts!) to toddlers (yay, explosions!) to nerds (yay, science!) to, really, anyone who likes the idea of taking stuff apart to see how it works. 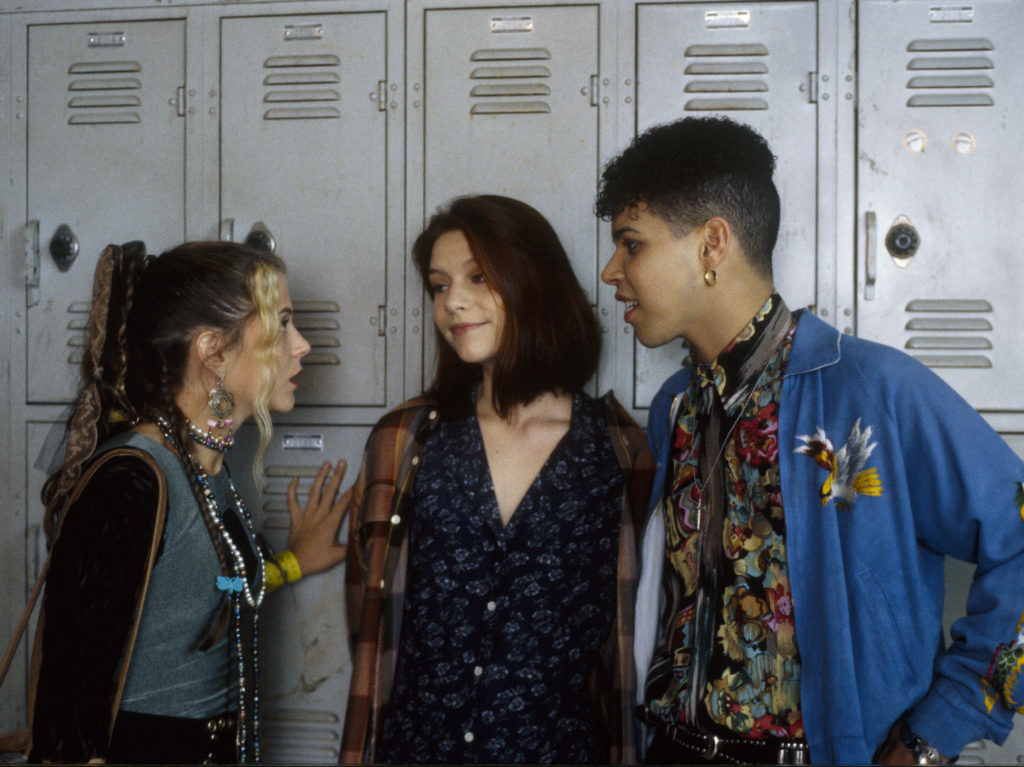 Sometimes “family” is a code word for something that’s appropriate for even very little kids. But there’s also the question of what you can enjoy with your, say, 12-year-old. May I recommend the enormously sensitive ABC drama My So-Called Life? It does have some adult-ish topics, but it’s about teenagers who are mostly very decent, and sometimes very frustrating in the way teenagers can be. It’s wise and funny and bittersweet, and it features a Claire Danes performance that demonstrates exactly why she was immediately a star.

Available on ABC and Amazon Prime

Hokay, I’m being ruthlessly on-brand here, but hear me out. Yes, this is an old movie that’s 2.5-hours long — which, on the surface, seems like something any red-blooded American kid would balk at, in 2020 A.D. But just put it on, and watch what happens. The colors! The sets! The costumes! The blustery, buoyant performance by one Miss Rosalind Russell, as a wealthy society dame who falls on hard times in the Great Depression. It’s broad, funny and brilliantly written and — importantly, for the snot-nosed ankle-biters among you — it becomes a different movie every 20 minutes or so. (Warning: Mame’s butler Ito, gamely played by the brilliant character actor Yuki Shimoda, is less a fully realized character and more a cringeworthy stereotype/dramaturgical hatecrime; point it out and discuss it with your kids!)

If your cable package comes with BUZZR, you’ve got yourself a firehose of ’70s and ’80s cheesiness at your disposal — lucky you. But for the rest, you can also access it online. BUZZR shows old game shows — discrete socio-archeological relics from a time of pinky rings, feathered hair, shoulder pads and ties as wide as carpet samples. Gather the kids and watch celebrities struggle to answer trivia questions — and pronounce their own names! Bask in the sight of an endless string of aspiring-actor contestants with perfect hair and blinding teeth who describe themselves as “retail clerks” who “love to water-ski!” Watch with kids, and disavow the fact that you lived through a time when men’s lapels were so large that a stiff wind would send a body airborne.

The Great Dalmuti
We have a fully stocked game cabinet, but this game that’s been making the rounds for centuries is the only one my family of four (two adults, two kids ages 10 and 12) consistently agree on. The origins of Dalmuti allegedly date back to the late middle ages, but college students have their own variation, called A**hole. Whatever you call it, the rules of this strategy game are easy to learn and the rounds are quick: Get rid of all your cards first and you’ll be crowned the Great Dalmuti — and can order everyone else around accordingly. Be the last person out, and you’re stuck in the role of the Great Peon. But don’t get too comfortable, because revolutions can and do happen.

Sadly, there’s only one season of this show out so far, from late 2018. We basically binge-watched it — our 7 and 10 year olds loved it and the adults learned something, too! The show’s Indian-American host, a young woman named Sahana Srinivasan, promises you’ll learn facinating answers to questions big and small — from how forces and memory and feelings work to the difference between good and bad germs and why we dream. I asked my daughter what her favorite part of the series was and she said “The whole thing!”

When the real world feels overwhelming, I highly recommend taking a trip back to 123 Sesame Street and Mr. Rogers’ Land of Make Believe. It’s so nice to visit with the friends I grew up with, who taught me about counting, sharing, feelings, the importance of feeding your fish every day — and stuff that’s hard for grownups, too, like loss and death. And if you stop by for some Reading Rainbow, LeVar Burton will remind you and your kids that books can help you make sense of the world we’re in, or provide an escape when you need one. I love that Sesame Street is still making new episodes and Mr. Rogers lives on in Daniel Tiger’s Neighborhood. But for me, those old school episodes — with everyone wearing ’80s clothes, with The Pointer Sisters providing the soundtrack to a counting pinball machine — that’s where I remember what it felt like to know that grownups who I trusted would keep me safe, and make sure that things would be OK.

If you see a few hundred films a year, “favorite” is a moving target. Stiil, when pressed, I do have a ready answer: Buster Keaton’s silent, Civil-War comedy The General. The 1926 black and white epic takes its title from the name of the locomotive that is Buster’s chief love in the film (apart from his fiancée). When his beloved General is stolen by Yankee spies — with the fiancée (Marion Mack) aboard — he gives chase in another locomotive, which leads to all kinds of crazy. Keaton’s brilliance with physicality meant the film was crammed with acrobatic stunts, daredevil rescues, miracles of comic timing accomplished with full-size trains, including the single most spectacular shot in silent-film history — a bridge collapse that left a real steam locomotive lying deep in the Oregon gorge where the sequence was filmed. You can tell your kids that it stayed there for decades, becoming a minor tourist attraction until it was carved up for scrap metal during WWII.