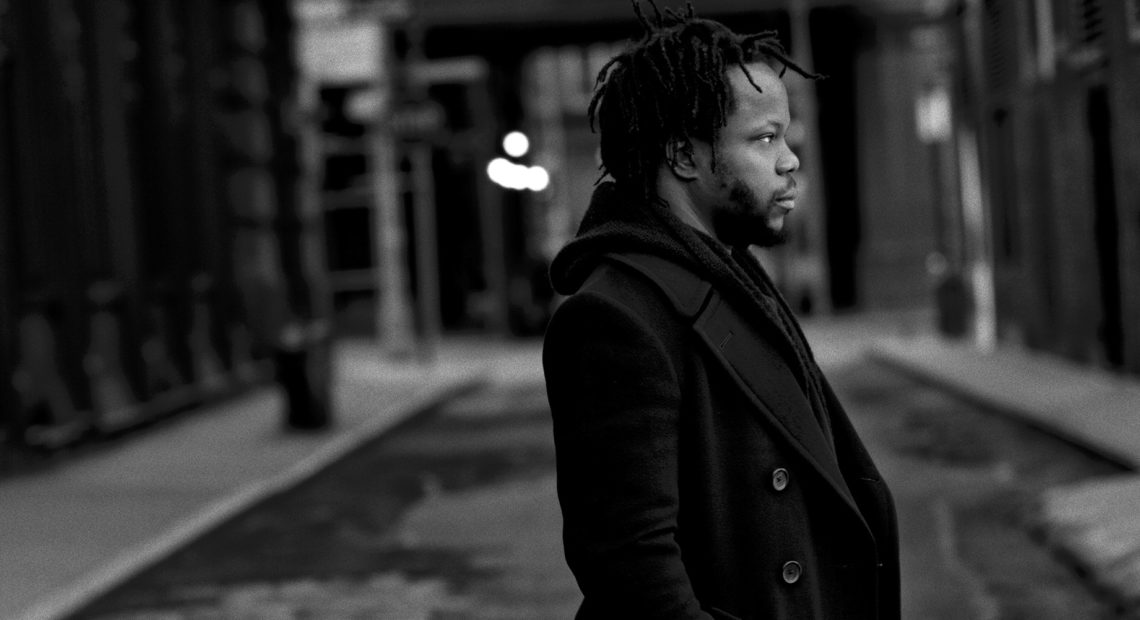 Ambrose Akinmusire’s New Album Is A Circle In Time, Right Back To His First Jazz Show

Ambrose Akinmusire was in the eighth grade, a budding trumpeter in Oakland, Calif., when he made his first excursion to a jazz club. Through a radio contest, he’d won tickets to the local mainstay, Yoshi’s, unaware of the creative portal he was opening.

“The show happened to be The Art Ensemble of Chicago,” says Akinmusire, referring to that singular force, and the farthest thing from a conventional jazz group. “These cats came out with their full makeup on, wearing these costumes. They faced east for like five minutes. So that was my first jazz show. My mom and I were sitting in the front row.” 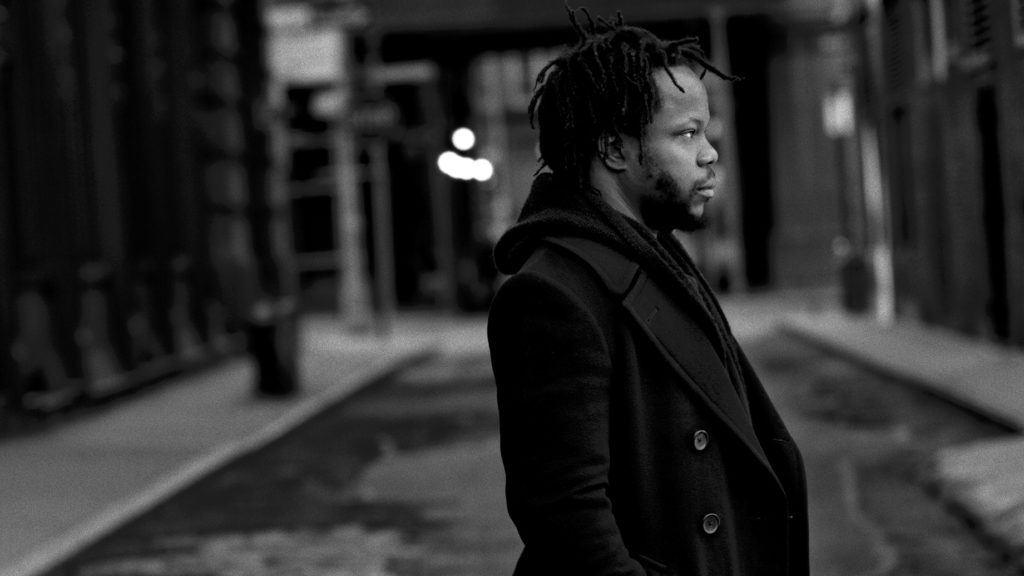 The artist Ambrose Akinmusire will release on the tender spot of every calloused moment on Blue Note this June 5.
CREDIT: Ogata/Courtesy of the artist

Now, a quarter-century later, Akinmusire is one of the most acclaimed jazz artists of his generation, a trumpeter of deep expressive resources and a composer of kaleidoscopic vision. Because he’s on the mainstream roster of Blue Note Records, with a band that uses the post-bop language as a springboard, he isn’t often placed in the same avant-garde continuum as The Art Ensemble. But Akinmusire makes that connection himself with “Mr. Roscoe (consider the simultaneous),” the first track we can hear from his sixth album, on the tender spot of every calloused moment, scheduled for release June 5.

The “Mr. Roscoe” in the title alludes to the venturesome multireedist and composer Roscoe Mitchell, founder and steward of The Art Ensemble and a 2020 NEA Jazz Master. Akinmusire first met him two years ago, when Mitchell was still the Darius Milhaud Chair of Composition at Mills College in Oakland. They convened at Mitchell’s house, improvising as a duo and then playing through some of Mitchell’s music. (They later performed a quartet concert at The Lab in San Francisco.)

Akinmusire — speaking from his home in Oakland, where he returned in 2016 after three years in Los Angeles and a decade in New York — tells NPR Music that he was humbled to witness Mitchell’s dauntless commitment to discovery. “It was an amazing experience to see someone at that level, and an older musician, still searching,” he says. “So that tune is based off some of the initial conversations that we had on that day that I met him.”

Throughout the new album, Akinmusire enlists his fine longtime quartet, with Sam Harris on piano, Harish Raghavan on bass and Justin Brown on drums. The slippery fluency and brisk telepathy of the band are core features of “Mr. Roscoe (consider the simultaneous),” which elasticizes time, with a cohesive contrast of melody and countermelody. The parenthetical in the song’s title speaks to an idea that Akinmusire internalized via Mitchell: “Two opposite things can be more related because they’re opposites. When you’re playing with Roscoe, the worst thing you can do is to play what he’s playing.”

As with Akinmusire’s previous releases on Blue Note, on the tender spot of every calloused moment also invokes the persistence, pride and alienation in the contemporary African-American experience. His quiet yet piercing trumpet leads a mournful processional on “reset (quiet victories & celebrated defeats),” and the album closes with his solemn Fender Rhodes piano reflection, “Hooded procession (read the names aloud).”

It may not be immediately apparent, but Akinmusire also sees on the tender spot of every calloused moment as a blues album. You can hear it in moments on “Roy,” a ballad dedicated to the late trumpeter Roy Hargrove; another composition bears the evocative title “Blues (we measure the heart with a fist).”

But it’s clear that Akinmusire is summoning the blues more as a matter of intention and resilience than as a musical style. He drew inspiration, in that respect, from another avant-garde elder: saxophonist Archie Shepp, who wrote the new album’s liner notes, declaring Akinmusire “an important young innovator” with a work ethic that brings John Coltrane to mind.

Just as he recently began playing with Mitchell, Akinmusire has collaborated with Shepp — notably at the Festival Jazz à la Villette, in a recent edition of the Attica Blues Big Band. “We’ve had conversations where I ask Archie: What is the blues?” Akinmusire says. “What does that mean in 2020? Like, my blues as Ambrose Akinmusire shouldn’t sound the same as Archie’s blues, and that shouldn’t sound the same as Bobby Bland or B.B. King.”

“That’s what this album to me is trying to figure out,” Akinmusire continues. “I think it’s something that Archie lives. You hear him play, and it could be really ‘out’ or it could be honky-tonk saxophone, but it’s always the blues. Same thing with Roscoe, actually. There’s something in there, and it’s not the flatted third or the tritone. It’s the feeling. I’m trying to really put that in my music, in the same way as these masters.”

Ambrose Akinmusire’s on the tender spot of every calloused moment will be released on Blue Note on June 5.