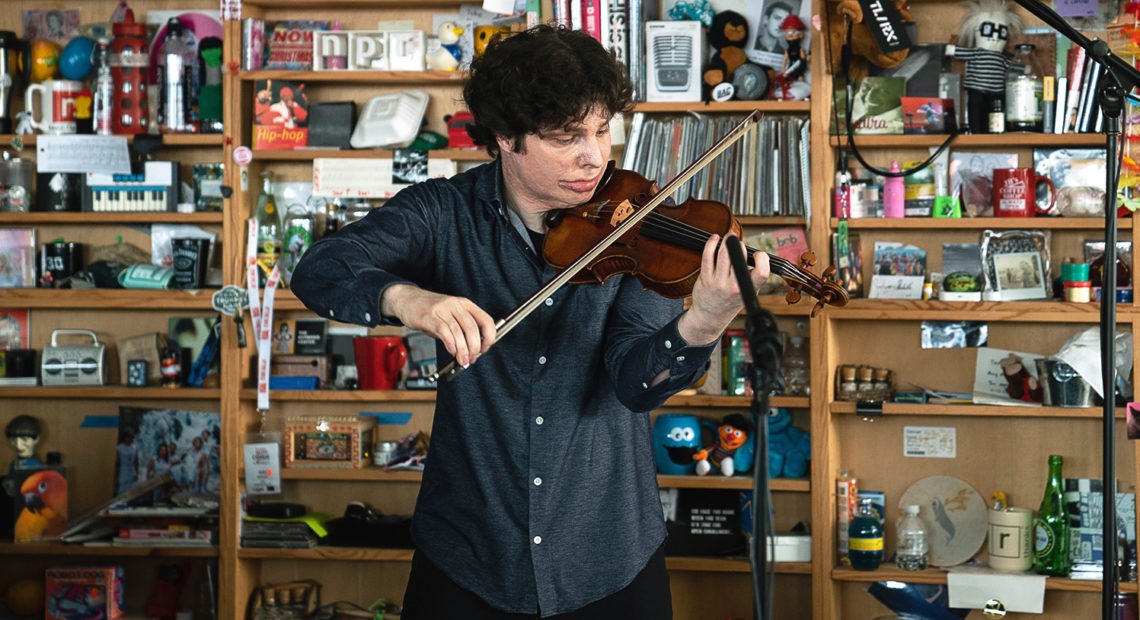 Violinists have special relationships with their instruments, almost like marriages. And so it was that when the Grammy-winning fiddler Augustin Hadelich came to play his Tiny Desk concert, he brought with him the equivalent of a new significant other.

Unpacking his beautiful Guarneri del Gesù, built around 1744, Hadelich admitted that he had played this extraordinary violin for only about a month. But when he began to make music on the instrument, it was clear that these two are perfectly matched. The violin, once owned by the famed virtuoso Henryk Szeryng, has been called one of the finest concert violins in the world.

And Hadelich has been called one of the finest concert violinists in the world. Born in Italy to German parents, he studied at Juilliard in New York. His sweep of the top awards at the International Violin Competition of Indianapolis in 2006 launched his career.

With his discerning pianist Kuang-Hao, Hadelich put the 276-year-old del Gesù through its paces in the propulsive “40% Swing” from John Adams’ Road Movies. He made the instrument croon sweetly in Dvořák’s “Humoresque,” a chestnut of old world charm, especially in violinist Fritz Kreisler’s beloved arrangement. And a burst of energy returned to round out the set with the bustling “Burlesca,” by Czech composer Josef Suk, a favorite pupil of Dvořák who later became his son-in-law.

Hadelich and his fiddle might still be in that honeymoon period, but for his sake – and ours – let’s hope they remain the best of friends.