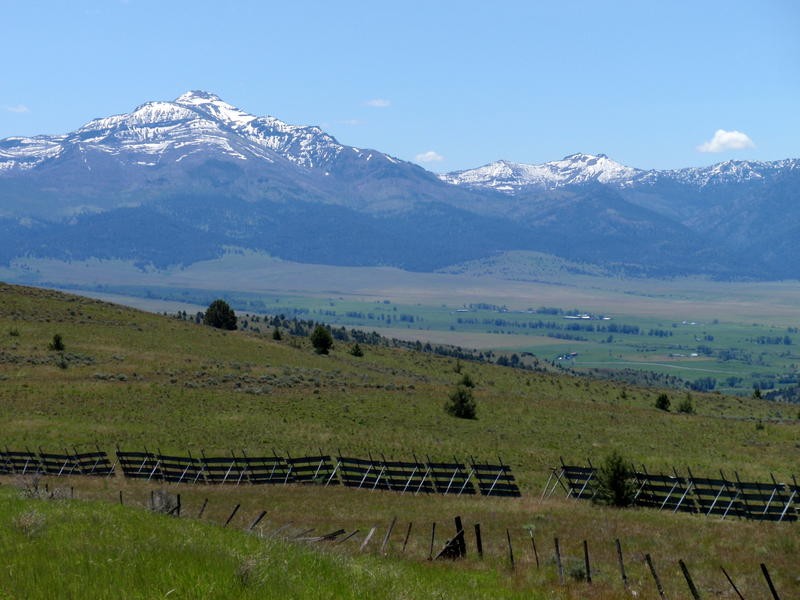 A bipartisan bill that would spend nearly $3 billion on conservation projects, outdoor recreation and maintenance of national parks and other public lands is on its way to the president’s desk after winning final legislative approval.

Supporters say the measure, known as the Great American Outdoors Act, would be the most significant conservation legislation enacted in nearly half a century.

The House approved the bill 310-107 Wednesday, weeks after it won overwhelming approval in the Senate. The bill now goes to President Donald Trump, who is expected to sign it.

Trump’s daughter, Ivanka, urged passage of the bill in a tweet. The younger Trump, a senior adviser to her father, is expected to celebrate the bill’s passage at events in Colorado this week with Interior Secretary David Bernhardt and Sen. Cory Gardner, one of the bill’s sponsors.

The Strawberry Mountains are a prominent feature in Grant County, Oregon. Over 60 percent of land in the county is managed by the federal government. CREDIT: Tom Banse/N3

The bill would spend about $900 million a year — double current spending — on the popular Land and Water Conservation Fund, and another $1.9 billion per year on improvements at national parks, forests, wildlife refuges and rangelands.

Arizona Rep. Raul Grijalva, chairman of the House Natural Resources Committee, called the bill “one of the biggest wins for conservation in decades.″

“We have a generational opportunity to ensure America’s crown jewels are protected,″ he said, adding that the bill would ensure all tools available are used to help the nation respond to the climate crisis and protect landscapes, clean water and clean air.

At a time of intense partisan disagreements, “it is perhaps more necessary that ever to demonstrate we can still bridge the divide … and work together to find common ground,″ said Grijalva, a Democrat. “This bill goes beyond politics. It’s about ensuring that we pass along a legacy of public lands.″

Supporters say the bill will create at least 100,000 jobs, while restoring national parks and repairing trails and forest systems.

“At a time when our country needs to create jobs and rebuild local economies while also protecting nature and places where everyone can recreate outdoors, the Great American Outdoors Act answers the call on all fronts,” said Jennifer Morris, CEO of The Nature Conservancy, an advocacy group.

“There couldn’t be a more important time than now to improve parks, protect birds and wildlife, and create jobs in every state across the country,” added Sarah Greenberger, senior vice president for conservation policy of the National Audubon Society.

While bipartisan, the bill was led in the Senate by Gardner and fellow GOP Sen. Steve Daines of Montana. Gardner and Daines are among the Senate’s most vulnerable incumbents, and each represents a state where the outdoor economy and tourism at sites such as Rocky Mountain and Yellowstone national parks play an outsize role.

Daines and Gardner persuaded the president to support the bill at a White House meeting this year, even though Trump has repeatedly tried to slash spending for the Land and Water Conservation Fund in his budget proposals. Trump soon tweeted his support for the bill, saying it “will be HISTORIC for our beautiful public lands.″

Sen. Martin Heinrich, D-N.M., said permanently and fully funding the conservation program “will be a monumental victory for conservation and the places where we all get outside.″ He cited studies showing that each dollar spent by the fund creates an additional four dollars in economic value.

Visitors cannot enjoy national parks such as Yellowstone and Yosemite “if the bathrooms don’t work, if the trails and campgrounds aren’t open, or if the roads are in disrepair,″ Heinrich said. “These places that we all cherish deserve better.″

The bill’s opponents, mostly Republicans, complained that it would not eliminate an estimated $20 billion maintenance backlog on 640 million acres of federally owned lands. The bill authorizes $9.5 billion for maintenance over five years.

“The Great American Outdoors Act is a perfect example of Washington playing political games,″ said Utah Rep. Rob Bishop, the top Republican on the natural resources panel. He accused the bill’s supporters of taking “a bipartisan and popular idea to fix our parks and spur job creation” and combining it with “a divisive measure” on land and water conservation “that will increase our debt” and do little for economic recovery.

“At a time when America is putting a record amount of debt on the backs of future generations to cope with COVID-19, now is not the time for reckless spending or new mandatory programs that have nothing to do with the pandemic or stimulating growth,″ Bishop said.

“It is a win for outdoor recreation, for the economy, for wildlife and for the country,″ he said.