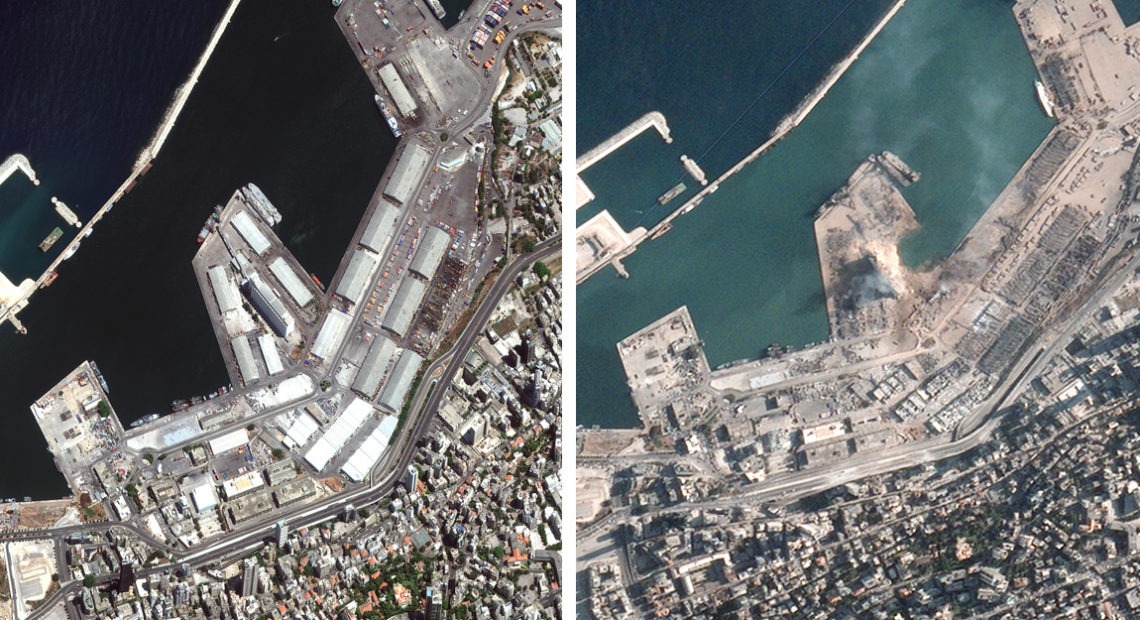 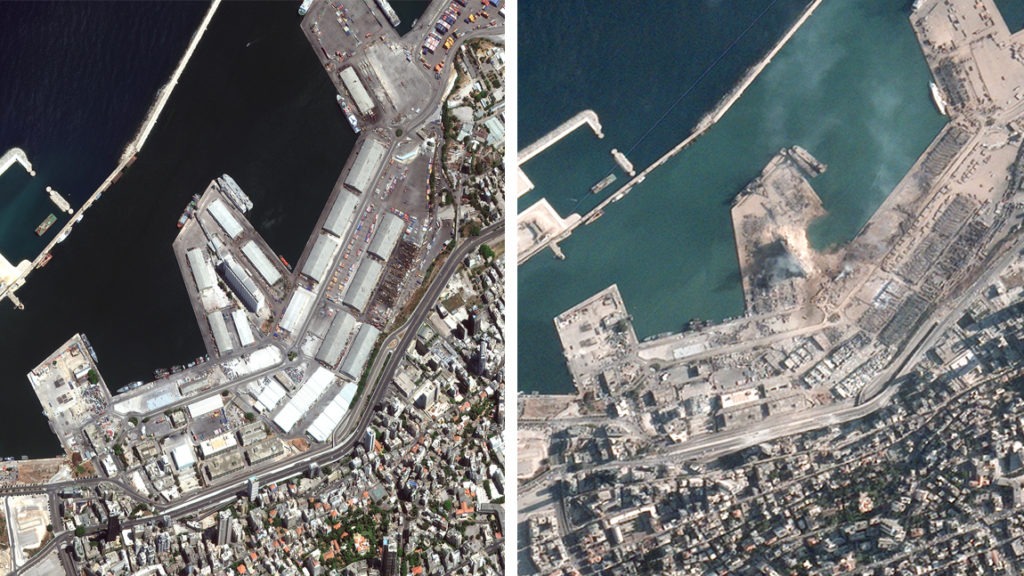 New satellite photos show the aftermath of Tuesday’s massive, deadly explosion at the port of Beirut.

An image taken by the satellite company BlackSky shows extensive damage at the port following the blast. Several warehouses appear to be flattened and a cruise ship called the Orient Queen can be seen listing to one side, according to Allison Puccioni, an analyst and founder of Armillary Services, an independent firm partnered with BlackSky.

“The entire warehouse infrastructure is leveled,” Puccioni says. “You can see some of the foundation and load-bearing columns in some of the buildings, but it’s just demolished.”

In the image, debris can also be seen covering a main road over 1,000 feet south of the blast site, a sign of the explosion’s force. And Puccioni says heavy damage extends for over half a mile into the city. The blast killed at least 100 people and injured thousands more.

The BlackSky image and an image by commercial company Planet show a plume of smoke or debris still rising from the site around 8 a.m. local time Wednesday — over 12 hours after the explosion occurred. 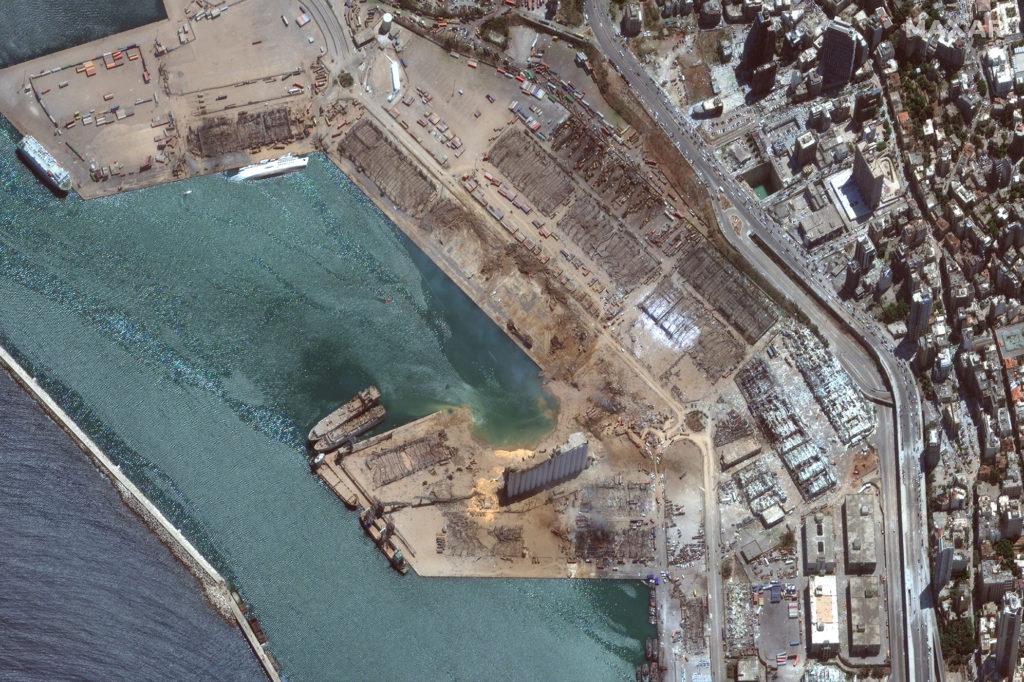 A close-up of the port area by the commercial company Maxar.
©2020 Maxar Technologies

Images taken later in the morning by the company Maxar show the main fire extinguished.

Reports suggest that the incident was triggered when a fire in one section of the port reached an enormous cache of ammonium nitrate fertilizer that had been offloaded months earlier. The explosion was so large that the U.S. Geological Survey registered it as a magnitude 3.3 earthquake.

Videos and reports suggest the shock wave traveled miles from the site, and windows were reportedly rattled as far away as Cyprus.

The blast was so big that some feared it might have been nuclear. Independent analysts quickly dismissed those rumors, but preliminary calculations show the explosion could have been in the 0.2 to 0.6 kiloton range. By comparison, the atomic bomb dropped on Hiroshima 75 years ago this week was 15 kilotons.

The full extent of the damage is difficult to assess from space because of Beirut’s older buildings and compact layout, Puccioni says. Still, she is astounded by the size of the blast. “I haven’t seen anything quite like it.”