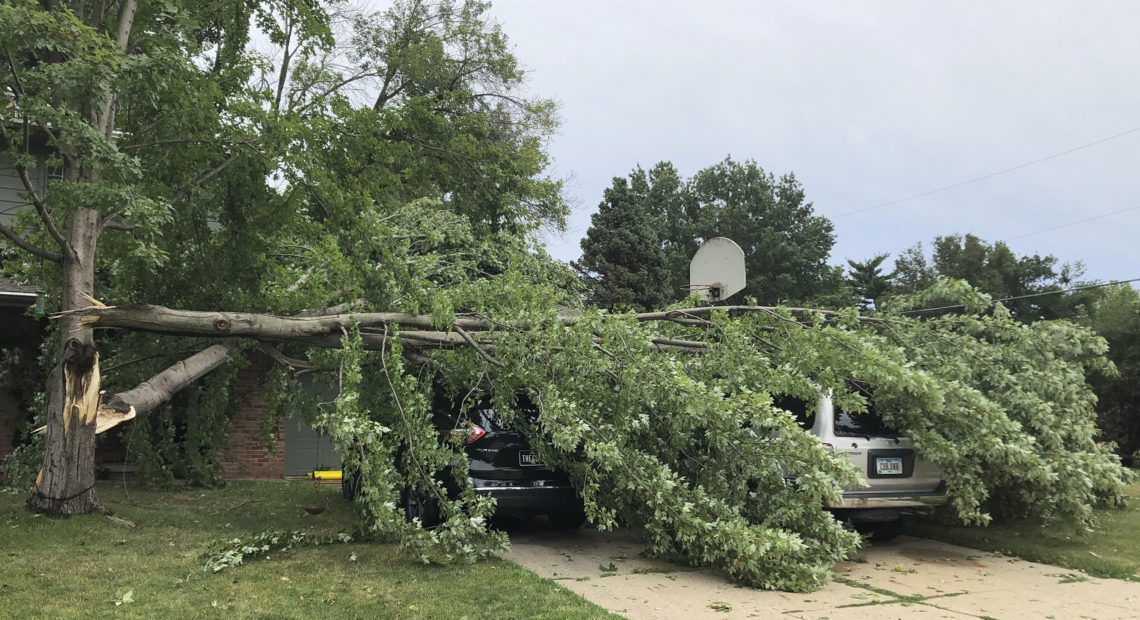 Iowa Derecho This August Was Most Costly Thunderstorm Event In Modern U.S. History

The powerful derecho that swept through the Midwest in August, focusing its destruction on central Iowa, is officially the most costly thunderstorm event in recorded U.S. history.

According to figures released by the National Oceanic and Atmospheric Administration, the sustained line of thunderstorms that traveled 770 miles from South Dakota through Ohio in 14 hours, has cost $7.5 billion and counting. Millions of acres of corn and soybean crops were flattened, as were numerous homes, businesses and vehicles, especially in Cedar Rapids, Iowa. Thousands filed for unemployment insurance, and some residents still have not been able to return to their homes, more than two months later.

A derecho is a bruising, fast-moving windstorm that is associated with intense thunderstorms. The derecho that struck in August brought sustained and widespread winds over 100 mph, and easily cracked the top five list of most expensive weather events in the U.S. this year, surpassing even the damage cost caused by most hurricanes and tornadoes. Only Hurricane Laura, with a price tag of $14 billion, caused more financial ruin. 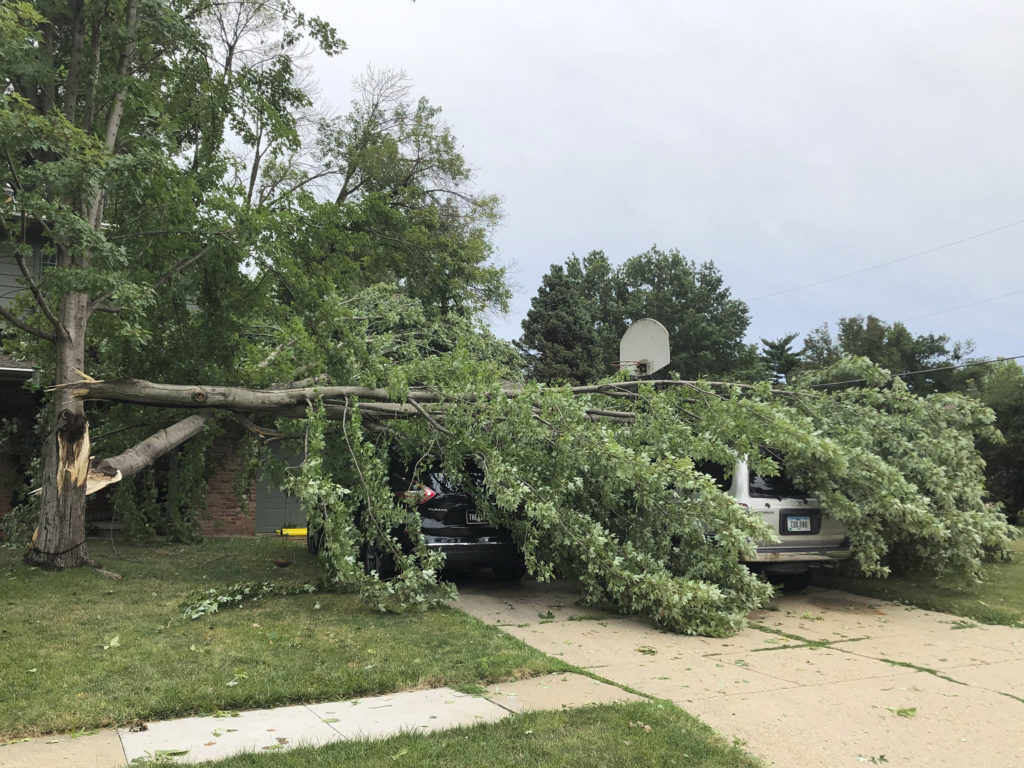 A tree fell across vehicles at a home in West Des Moines after a severe thunderstorm moved across Iowa on Aug. 10. It was the costliest storm system in modern U.S. history. CREDIT: David Pitt/AP

“One could make a strong case that this is the most destructive individual thunderstorm cluster on record in terms of damage cost,” Steve Bowen, head of catastrophe insight at the insurance broker Aon, told the Washington Post. “I don’t think most of the country truly realizes how severe the event ended up being.”

The thunderstorm system formed in eastern Nebraska and southern South Dakota during the early morning hours of Aug. 10, before tearing a path through central Iowa later that morning. It ripped out trees, damaged structures, and cut power to half a million people.

According to NOAA, an estimated 90% of structures in Cedar Rapids were damaged by the storm, and more than 1,000 homes were destroyed. The storm also impacted Illinois, Ohio, Minnesota and Indiana. Four people were killed, three of them Iowans.

Within weeks of the storms, thousands of Iowans — mostly workers impacted by the derecho — filed for unemployment benefits. And Iowa Gov. Kim Reynolds requested nearly $4 billion in federal aid to help the state’s agricultural industry. All told, the U.S. Department of Agriculture estimates that 850,000 crop acres were lost — 50% more than originally estimated.

The fact that the storm hit in August made the cost even greater, Allan Curtis, a meteorologist for the National Weather Service of Des Moines, told the Des Moines Register. Since crops had already been growing for months at that point, they were tall enough to be caught in the wind path.

“They would have been much more resistant to wind damage closer to the ground,” Curtis said. “If you were looking to exert the most damage on corn crops when it comes to thunderstorms and heavy winds, when the derecho rolled through in August, it was the perfect time to do it.”

Even today, some displaced Iowans are stilling feeling the effects of the storm. Local businesses have been collecting furniture to donate to victims in Cedar Rapids, where some still haven’t returned to their homes. The Lutheran Church of Hope, working with local companies, filled four semi-trucks with furniture that they have stormed in

“We’ve all seen the destruction,” church official Dave Schwartz told KCCI Des Moines. “We’re called to help our fellow man. And when we see someone who’s really taken a hit, who’s really down, we need to step up.”